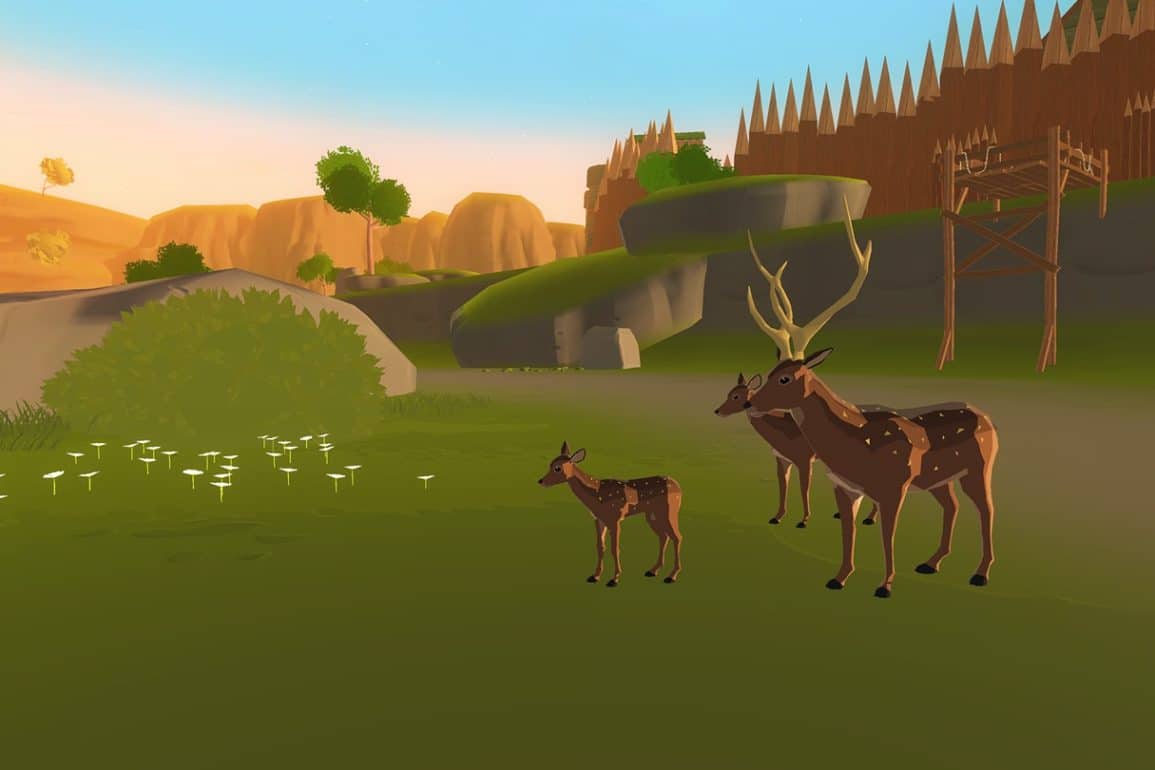 10 Things I Wish I Had Known When I Started Playing OrbusVR: Reborn

I was working on a review of OrbusVR: Reborn, and it is quite an undertaking. As an MMORPG, OrbusVR is one of the largest games on the Quest right now. You can read the full review here, but I am happy to say I would recommend the game for VR fans that want to see what an MMORPG would be like in VR. I would also recommend it to fans of classic pre-WoW MMOs.

However, because of its enormity and old-school design philosophy, there is a lot to learn about the game, and some of it is not explained very well in-game. What follows is a list of 10 things I wish I had known sooner.  I hope that if you give the game a try, this will help the experience go smoothly! You’ll also find a few introductory videos from the developers that will help ease you into the game!

1. Don’t be afraid to ask other players for help!

The community for OrbusVR is mostly very benign, and by default, your mic is always open. If you need help, walk up to a crowded area and ask away! More than likely, someone will be in earshot that will be willing to help. On that note, don’t be afraid to eavesdrop on other players as well. I have learned answers to many questions that I didn’t even know I need to ask this way!

2. Every class has unique mechanics.

OrbusVR does not use the standard Hotbar-based combat found in many MMORPGs. Instead, combat is motion-controlled in a way that makes sense to the weapon each class uses. However, this will only get you so far, as each character class has some unique mechanics that may not be obvious. For example, as a Warrior, I began by merely hacking and slashing at enemies. However, this can only do minimal damage, as the Warrior class is based on directional combos that apply different effects to the enemy you are attacking. Learning these combos is critical, and combo effects can be repeated by holding your sword above your head until you hear a charging sound. Warriors can also equip small and large shields, with small shields allowing the warrior to do enhanced damage, while large shields absorb more damage. Finally, warriors also have a horn they can blow to pull all enemies in range to their location, which is very useful as a tank class. Your class has an explanation of its associated mechanics in the journal (turn the compass upside-down to open the journal). Additionally, I would also recommend watching some of the video guides available on YouTube so you can see the classes played efficiently.

3. There is a difference between Quests and Missions!

Although Quests and Missions sound like they should be synonymous, they are not! Quests reward reputation with the quest-giver and flesh out the story of the world. Missions award reputation, gear, money, and XP, and are one of the main mechanics through which you will level your character. Unlike quests, however, missions don’t always have stories attached to them.

4. Missions are repeatable, which can alleviate the grind!

Whenever you reach the appropriate level, that level’s missions become available from the quest-giver NPCs and can be done once for free. After that, you can spend mission tokens to repeat completed missions! You gain five mission tokens a day, and they stack up to a maximum of 25. To use one, click the green plus symbol in the NPC’s interaction window (near the “talk” speech balloon). Do this, and you will be randomly assigned a mission you have already completed to complete again for more rewards! The extra money, XP, and gear you earn from these missions will go far in your character advancement, making less grinding necessary to attain that next level.

5. You can also repeat Side-Activity missions for rewards!

In addition to missions for killing monsters and participating in world events, you can also use mission tokens to repeat side activity missions for rewards, such as fishing, critter capture, etc. These can also be a fun way to earn some extra XP and breaks up the monotony of grinding on mobs.

6. Monster Loot and Mission Rewards are the only way to get gear.

Unfortunately, NPCs do not sell gear, and it cannot be traded/bought/sold between players, not even through the auction house. The only way to upgrade your gear is to pick up loot drops from monsters and open the reward chests you earn from completing your missions and dungeons. However, the rewards you get always seem to be relative to your class and level. You won’t get any gear you can’t use, though it may not always be an upgrade over your current gear.

7. Similar-looking monsters can be at different levels!

Just because two monsters look the same does not mean they have the same stats! Higher-level versions of similar monsters roam the world, ready to prey on unaware adventurers. You can find a summary of the relative monster difficulties in your journal, but be careful! Avoid any monsters that don’t have a green triangle or yellow diamond by their name if you are playing solo.

8. Don’t like your class? Just equip a new weapon!

You choose your starting class during character creation, but just because a character class sounds cool is no guarantee it will be your style. If you don’t like your current character class, there’s no need to re-roll a new character! You don’t have to repeat the tutorials and lose any progress you’ve made in quests and missions! Just go to the beginner weapons vendor at the tree in the middle of town and choose the character class you want to become. You’ll get that class’ starting weapon and equipping it will change you to that class. You’ll even get an XP bonus until you reach the level you were with your previous character class. Theoretically, you could level every class to the max on a single character!

9. You Can View the Tutorial pop-ups again.

Tutorials pop-ups frequently appear in the early game but can be easy to miss as they appear over your character’s head. If you ever need to view any of them again, head to the settings menu and find the option to see the appropriate tutorial over again.

10. The Quest itself can stand in the way of extended play sessions of OrbusVR.

The Oculus Quest is an excellent piece of technology, and untethered VR enhances the immersion of this game, but some of its shortcomings can be especially bad for MMORPGs. The limited battery life of the Quest can cut sessions short, necessitating breaks for charging. Also, the front-heavy nature of the Quest can cause discomfort during MMO-length play sessions. Because of this, it is especially recommended to find a battery pack and maybe add some comfort modifications for your Quest if you want to play extended sessions. It would be especially nasty to run out of charge part-way through a dungeon run or raid, so plan accordingly!