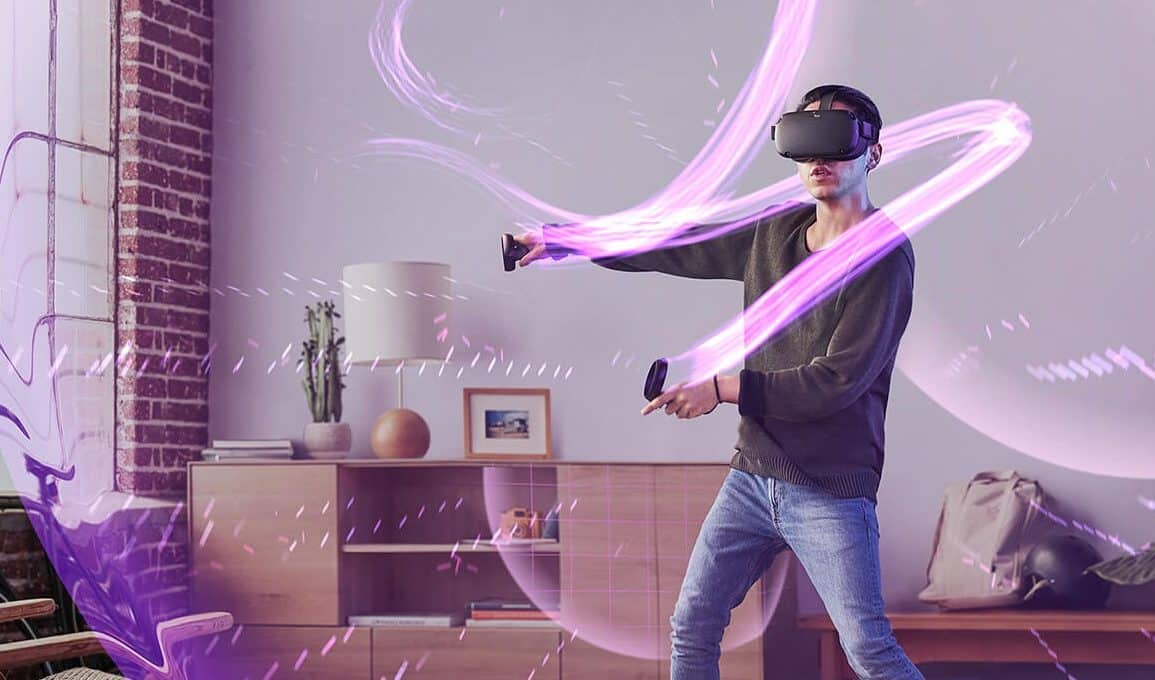 7 Things Oculus Should Do for the Quest

We all love our Quests, but they’re not perfect. The Oculus Quest may not have the best VR graphics (I’d love to have block reflections on the floor like I see when I’m playing Beat Saber on PSVR, for instance…), and it may be somewhat front-heavy since it has to carry everything that makes it work (apart from the controllers, obviously) in the headset, but I love the damn thing. It’s easy to use, it’s portable, and it just works. Sure, we’re all dreaming of how good a ‘Quest 2’ can be down the line, and we all have our wishlists for that; lighter headset, longer battery life, a CPU that isn’t already two years old, etc – but even within this generation, there are certainly some things Oculus can do to make the Quest better, and that we believe they should take very seriously. The Oculus has been selling quite well. By most accounts, it’s been selling somewhat better than Oculus (or Facebook, to be more exact) expected. They really should ride the wave, and push this advantage before something better comes along. Here are seven things that we feel Oculus should do for the Quest, arranged in order of priority.

This has to happen, and waiting does Oculus no credit whatsoever. The Quest, love it as we might, is not the most comfortable VR headset around, and, in fact, is one of the most uncomfortable headsets. We’ve all tolerated that because we’ve been impressed by the fact that it’s an all-in-one system and that the damn thing actually works – but once that initial awe has subsided, we all end up facing the truth; it hurts to play for long. The growth of third-party comfort solutions proves this; we’ve got the VRCover facial interfaces, the AMVR facial interfaces, the somewhat ridiculous Quest Comfort Strap from Studioform and variations on it from Amazon, and, of course, the almighty king of all comfort mods; the FrankenQuest which relies on fitting the HTC Vive Deluxe Audio Strap on to the Oculus Quest. You can do this the by fiddling with various items, or by buying a 3D printed adapter and fiddling with slightly fewer items.

That’s ridiculous. So ridiculous, in fact, that I put off going for the full FrankenQuest solution because, naive optimist that I am, I believed that Oculus must be coming up with its own native alternative strap any day now. Well, it’s been a while, and they haven’t even announced one, and I might’ve waited longer had I not gone back to my PSVR a few days ago and remembered just how comfortable it was to have a VR headset hanging in front of my eyes rather than crushing my face. I took off the PSVR headset, went online, and ordered the Vive DAS immediately. There’s no good reason to endure discomfort, not when there’s a choice.

But here’s the thing; I should’ve been buying an Oculus product, and it should have been designed exclusively for the Quest, and it should have been less fiddly to fit, and I shouldn’t have needed a strap adapter to use it, or velcro strips or 3D printed doodads. If anything, the rise of the Vive DAS as a comfort mod for the Quest has proven that a sizable amount of Quest owners are willing to pay around $100 for a strap. Let’s go native, Oculus.

You can add people and make a friend’s list on Quest, and you can see them in the headset interface, and you can see them in the app. How is it that your only option to communicate with them is either to make a voice call, or to take off your headset, grab your phone, launch Facebook Messenger, and message them there. Just how ridiculous is that? I’m on my Quest, I see a friend online, it says he’s using Tilt Brush, and I’d like to challenge him to a game of Racket Fury, but I’m not sure he’s up for it. I can’t.

While assembling our team here at 6DOF, we ran across a user who had left a pretty detailed review in the Oculus Store and thought he’d make a great addition to the team. So we looked up his username and added him as a friend, but there was no way to actually message him. No way at all. Our only option would have been to call him. Maybe the people at Oculus are okay with getting voice calls from complete strangers who might be in a completely different time zone, but guess what Oculus – most people are not.

Oculus needs to implement in-headset and in-app messaging as soon as possible.

Speaking of your friends, you don’t always want them to know you’re online, and maybe you don’t even want them to know what app you’re using. Maybe you’re weird, maybe you’ve got your reasons, maybe, and this is vital, your reasons are none of our business. It’s understandable that Facebook, a company based on eroding your privacy might not see how an option to control your visibility settings is important to the average user, but it’s a simple enough option to implement, and we want it.

In our review of Sports Scramble, we mentioned how we lost a point during one of our tennis games because a notification showed up (for an achievement, ironically enough) right in front of our faces. In the very middle of our view. How has this issue not been resolved? Sure, you can turn notifications off entirely in the Quest settings, but that’s draconian. We need an option to show notifications in a less obtrusive way, and we also need an option to only show notifications once we’re back at the Quest ‘home’ screen. How complicated is that? Not at all. Do it.

I usually play solo, and when my girlfriend uses the Quest, she just uses my account, so I initially forgot to include this in the list, but was reminded of its necessity by reader Steve Kondris.

It’s absolutely ridiculous that Oculus won’t let us log in with different accounts on the same Quest. What do they hope to gain by this? Sure, I can imagine two Quests in a household, so that games like Racket Fury and Racket: NX can be played together, but if Oculus thinks every member of a family is going to get a Quest, they’re insane. Also, what about when you have a friend over? Why not let them sign in with their Facebook account, rack up some high scores or save some progress on a game so that if and when they buy a Quest for themselves, they can continue where they left off? That, in and of itself, would be a great way to market the Quest.

At the very least, Oculus should take a good look at how Sony handles this. I travel a lot, and I can play my PlayStation games wherever I go, just by logging into any PlayStation I can find. While I’m away, my girlfriend can still play any of my games on my home console because I have that unit set as my primary device.

Get your act together, Oculus. You’re in the big leagues now. Don’t nickel and dime us, and don’t place absurdly artificial limitations on what we can do.

Speaking of the Oculus Store, perhaps Oculus could take a page from the Nintendo playbook and offer some kind of loyalty rewards for purchases. Buy a game or an app and you earn points, these points go towards discounts on future purchases. Whether or not Oculus realize it yet, they’re not playing with the big boys, and the big boys play hard. Sony offers the PlayStation Plus program which, sure, requires a subscription, but then gives you free games every month, and discounts on almost all game purchases. Microsoft also know what they’re doing with their Game Pass offers. Sure, Oculus may not have the leverage yet that Sony or Microsoft do, but it can certainly offer something.

Oculus recently celebrated the fact that there are around one hundred titles available for the Oculus Quest. How many of them have demos? You might ask! Not a lot. In fact, very few. So few, I can remember most of them without even checking; Beat Saber, Journey of the Gods, Creed, Space Pirate Trainer, and Sports Scramble. Did I forget anything? Maybe. It’s just not a lot.

Now, arguably, ALL games on the Oculus Store are available as ‘demos’ since they can be refunded during a period of two weeks if you haven’t used them for more than two hours. This is a logical argument, but I’m afraid that Oculus itself will find this model unsustainable. Why?

Some Quest games, as is the case with lots of VR experiences, can, in fact, be completed in two hours or less. This puts Quest developers in a strange quandary because many players will be tempted to buy a game, complete it quickly by rushing through it, and will then refund it. Sure, there’s a limit to how many games they can refund per month, but considering there are not that many games out yet, that limit isn’t a solution, unless they keep reducing it. Otherwise, developers will ‘pad’ some of their games, artificially, and tediously, making them longer so that they take longer to finish, but then they risk gamers deciding that their games are boring and refunding them anyway. In any case, there’s a problem here, and it needs some kind of solution.