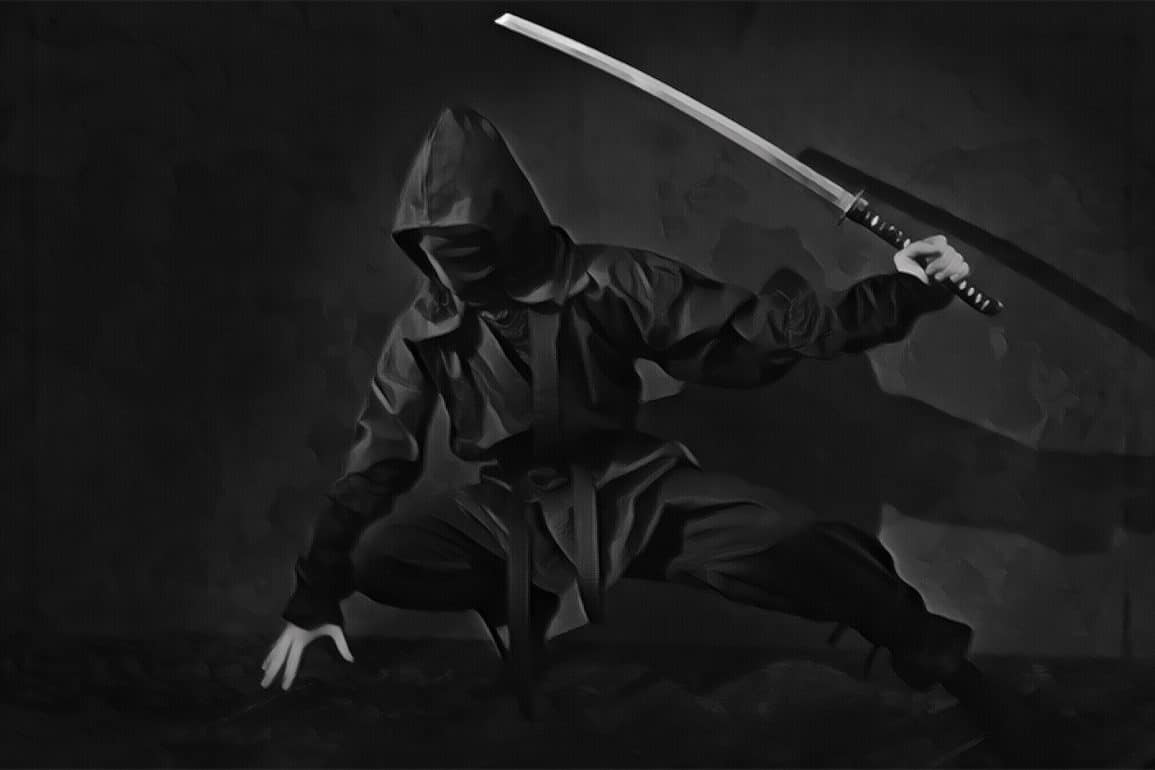 For ninjas, combat is meant to be a last resort, but you wouldn’t know that from playing games like Ninja Legends which focus on the fighting. Primarily, ninjas rely on stealth, so it’s nice to see a ninja VR game in development that emphasizes this stealthy aspect. Ninjato: Shinobi Simulator is an early-in-development VR game that is being developed on the Oculus Quest, and planned for release on the Rift as well. We spoke with the creator of Ninjato, Ninja Playground owner Ross Omland, about the game’s feudal influences, stealthy style, and broad scope.

How would you describe the concept of Ninjato?

Ninjato is a dark take on being a ninja in 15th-century Japan, with a heavy focus on stealth, exploration and of course combat. We want you to experience what it’s like to be a low ranking shinobi of average skill, where you’re considered expendable if you fail your mission. We want there to be a strong element of fear in going against stronger and heavily trained opponents – such as samurai – if you’re discovered and the chances of death are incredibly high. Objectives are meant to be difficult so the player can make their own choices in how to complete their mission. Avoidance is the key to completing tough assignments, but sometimes that’s not always possible.

Is there a storyline in the game? Who is the main character?

There will definitely be a storyline in the game, but it’s up to the player to figure out what’s going on. Due to the nature of VR, you will be able to explore in order to overhear important conversations, steal documents describing the current events, and go against your mission orders to uncover hidden agendas. As to who the main character is, we’d like to keep that a secret. This is the era of famous and well-known warriors after all such as Hattori Hanzo, the Fuma ninja clan and, of course, Musashi Miyamoto. Perhaps they may be involved in some way…

Why make Ninjato in VR, as opposed to other platforms?

The nature of VR is exciting, and the ability to overwhelm the senses is perfect for people to experience the sensations of conflict and fear in an up-close and personal manner. Every action is more tangible in VR, where even sliding open windows and doors feel satisfying due to the sounds and vibrations felt in the controllers. For the first time, we feel like this is the perfect opportunity to showcase what it might be like to actually feel like a warrior in Feudal Japan.

The Oculus Quest has a couple of ninja games currently. Have you tried playing Sairento and Ninja Legends, and do you have any thoughts about them?

While they are wonderful games focused on instant and fast-paced action, we want to stand apart as being a stealth game with heavy exploration. Many VR games are leaning towards wave-based gameplay where you stand in one place while the targets come toward you, such as Ninja Legends, Beat Saber, Pirate Trainer, etc. Sairento has a futuristic and cybernetic feel which is great, but it’s not the style or type of gameplay we would like to focus on.

Besides combat, which actions do you consider to be essential for building the characters and story in Ninjato?

VR interactions are everything. The simple act of being able to slide open a Japanese screen door, walk out into the field, and leave your ninja village should make you feel connected to the world. If you want to climb up on the roof to see what’s up there, we want you to feel like you can. Finding hidden doors and panels reward the player with new weapons, items, and information about the world. Part of feeling connected is simply allowing the player to interact with objects in fun and interesting ways. One such thing is simply allowing the player to wear different hats you might find throughout the game. It really makes you feel connected to the character.

The gameplay demo shows ninja stars, swords, and staffs. Have you experimented with creating any other types of weapons?

Usually, once you have one type of working weapon, others are easy to create. For basic weapons, we would like to include swords that need one or two hands to wield. We also have working kunai, sais, blowguns, smoke bombs, and caltrops so far. There are many other types of weapons we would like to include such as chain weapons, nunchaku, and the famous kusarigama, but we have yet to experiment with the physics for these yet.

What kinds of environments would you like to incorporate into the final game?

We would like to stick with a lot of the basics you see in Japanese movies. Temples, villages, Japanese castles, and forests are main environments we’ll focus on at first. There will be a fantasy twist to the game at some point, but that’s a heavy secret at the moment.

What is your timeline for completing the game?

We’re terribly excited, so we’re aiming to complete this game within the next year if possible. If our team grows or people would like to see certain features implemented that timeline could increase, but it’s hard to determine so early in development with this particular project. There are a lot of unknowns we have yet to encounter.