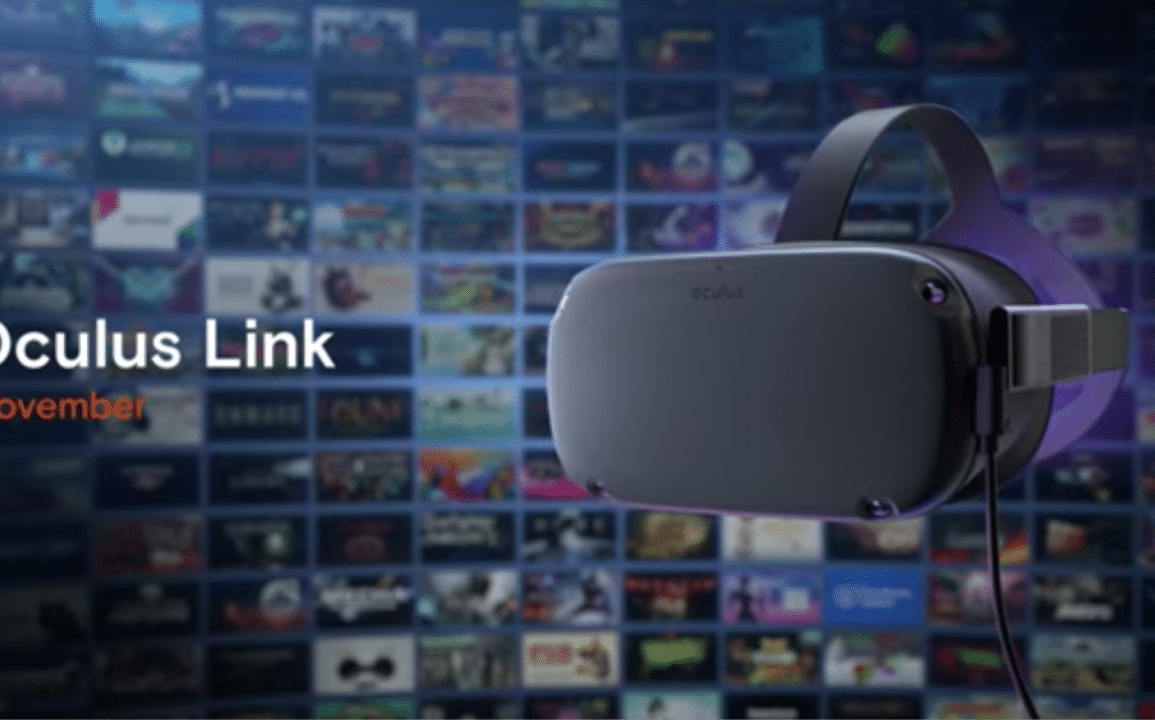 As promised, Oculus have enabled Oculus Link functionality for the Oculus Quest! Their official cable has yet to be released, but while you’re waiting for it to be released, you can use this cable by Anker – which comes officially recommended. Make sure you get the 10ft version! Here’s our quick setup guide!

Once you have this cable or one with at least the same specs, all you have to do is download the Oculus Rift software on your PC, have firmware 11 on your Oculus Quest, and the appropriate cable, then the fun can begin!

The beta doesn’t support all GPU’s, though! These are the cards officially supported so far; NVIDIA Titan X, NVIDIA GeForce GTX 1060, GTX 1070 (and variants), GTX 1080 (and variants), GTX 16-series, and, of course, all the RTX 20-series. AMD cards are not currently supported, but we expect this to change soon. You can view their full compatibility notes here.

How to use Oculus Link!

You’ll be asked to connect your headset –

And once you do, it’ll identify it!

The app will also ask you where to set your default content directory! Be careful with this, since some PCVR games are quite large (Asgard’s Wrath, infamously, is more than 120Gb!) – it might make sense to make sure this isn’t set to your main system disk!

Now all you really have to do is run the Oculus software, connect your Quest to it, and you’re good to go! Time to try out Asgard’s Wrath and Stormland!!

Which PCVR games are you most looking forward to trying out on your Quest? Let us know in the comments!