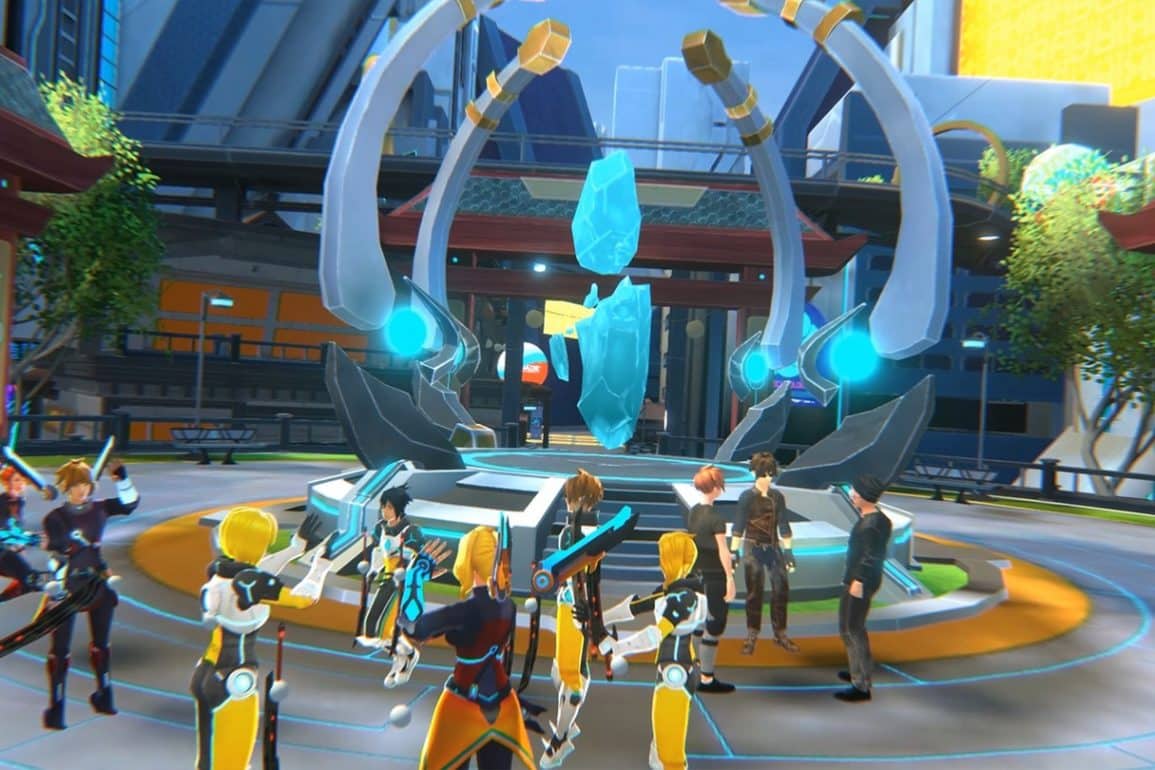 The World's Largest MMORPG - But Is It Ready? 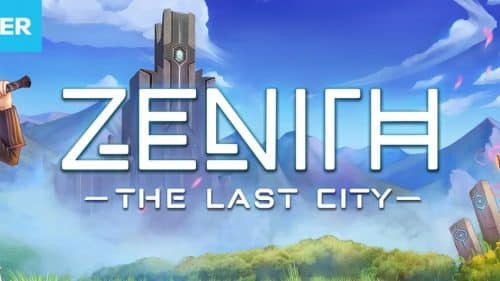 I was once a child, long ago, far back in the lost hallways of time, before the internet or fidget spinners or expanded cinematic universes. That hopeful, happy little me used to delight in video games, with all the possibility and wonder and imagination they represented. Things were different then, and computer games used to be released in big glossy boxes the size of cereal packets. Little Doc couldn’t code or design games, but what I did do was make fake boxes for games, depicting all the things I’d like to see in my dream projects. For the efforts of a ten-year-old, they were pretty lavish and imaginative. Words which, I’m sorry to say, cannot be used to describe Zenith in any way; it’s a big, empty box of a game with misleading screenshots and hollow promises.

Zenith: The Last City is an MMORPG for VR. I’m not going to go into the specifics of the story or gameplay here because it would be a waste of my time and yours. In fact, I’m not going to give this a proper review at all yet, because it isn’t ready for release by a long shot – if they can’t be bothered, then neither can I. So, for now, consider this a warning to save you from going through the Oculus refund process. A lot of people are very hyped up about it, and that’s understandable, as it should represent worlds of wonder hitherto unexplored on the brave new reaches of VR. But what is here is unreviewable and not really fit for purpose yet. There isn’t a single thing about Zenith as it stands that seems fleshed out or well-realised, or really anything other than a placeholder. The setting, supposedly taking its cues from Japanese RPGs, is so utterly generic that you start to forget it the minute you take the headset off. Much has been made of the size of its world, but when it’s this bland, it’s impossible to care.

It’s becoming ever more a feature of the landscape in modern gaming that we’re asked to buy a game that isn’t finished. We’re then given a roadmap of promised content that will materialise later on as the months and years roll by. I’m not going to go into the pros and cons of that for now – although it’s an issue worthy of considerable debate. I will say that to release a game on a store for $30, rather than proclaim it as early access, is to promise a certain amount of quality or completeness for people who invest. But Zenith: The Last City is not ready for commercial release.

Sadly, VR is often treated as a venue for lowered expectations, playing host to titles with technical deficiencies that would be completely unacceptable except in alpha builds for traditional flat gaming.

WHERE DO WE GO FROM HERE

From the get-go, Zenith presents itself badly.

Menus are horrible to navigate, and even signing up for an account is rendered harder than it needs to be by an unpleasant virtual keyboard. Character creation is perfunctory and surprisingly limited for an MMO. Usually, this wouldn’t matter so much for a single-player game in VR, but in a game built around social interaction with others, it’s important to dress for the occasion. On this subject, the animations for players running around and interacting with the world are laughable, with bandy-legged, exaggerated strides; I can imagine that, with highly populated servers, the effect will be quite extraordinary. Partying up doesn’t seem to work. We tried for half an hour before giving up on it. NPCs are barely there, with no conversation other than quest-givers. Even with them, the lack of animation and interaction is depressing. Character models don’t even blink, and mouths don’t move. They’re just there to provide avatars for text-box quests.

THE THRILL OF THE FIGHT

Combat is possibly the worst thing about the game. There’s no feel or feedback. Bad sods wait for you to run into them, then berserk towards you with canned attack loops. Use your special powers, or don’t. It just doesn’t really matter. Out in the overworld, sods just spawn in again after about thirty seconds, blipping into existence. The combat ‘events’ are trials not of dexterity or skill but patience with inanity. Fighting one generic enemy is dull; fighting endless waves is excruciating. The insanely, aggressively bland, awful soundtrack makes this even more stultifying.

The music is meant to channel JRPG whimsy, I suppose, but the endlessly upbeat, forgettable dirges just play on regardless of the onscreen action and actually become an oppressive, negative force in the game world, choking the atmosphere of the environment and what happens in it until it flatlines. The in-game chat is awfully degraded too, which doesn’t help.

THERE’S NOTHING FOR YOU, HERE

All in all, Zenith: The Last City has all the hallmarks of a title designed by AI, with lots of bullet points of features but without a single thing from setting to gameplay that isn’t painfully unfinished.

If you want a multiplayer RPG for the Quest, then there’s Orbus VR. It looks basic, but there’s lots to do in there, and it’s not nearly as offensively or poorly realised as Zenith. If you want a good-looking, well-polished experience in a relaxing world to play with friends, get Walkabout Mini Golf or Real VR Fishing. Or there’s questing in Rec Room, which is free and plays loads better than this. Or you could even just put on VR Chat.

We’ll check in again with Zenith in a few months and review it properly, but for now – don’t bother. Certainly don’t go spending money on the unfinished, joyless, sanity-sapping exercise in futility that it currently is.