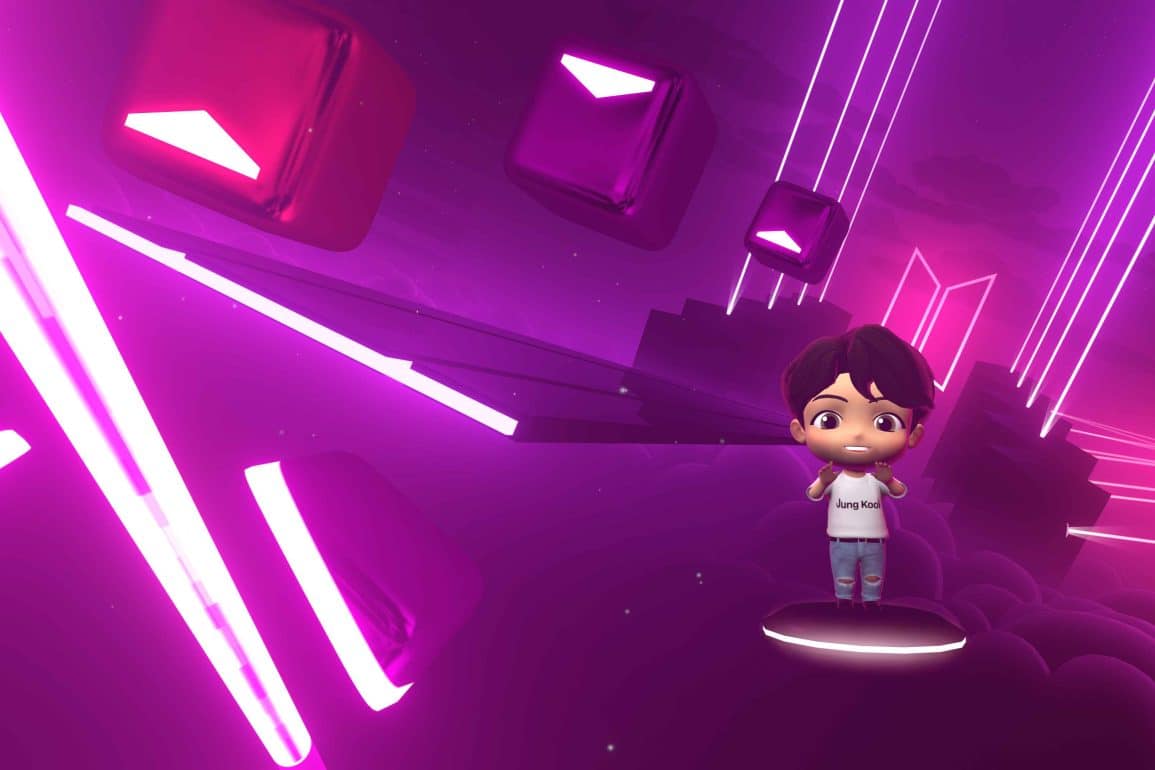 The Bangtan Boys Come To Quest

Pretty big news for fans of K-pop, the Bangtan Boys, otherwise known as BTS come to Beat Saber in this new BTS Music Pack, one of the biggest to come to Beat Saber with not 10, not 11, but 12 tracks. It’s available now for $14.99 and comes with floating bobble-head looking Tiny Tan avatars of the band members that show up during tracks, with an aim to inspire and encourage you.

The track mapping is as good as you’d expect it to be from the official Beat Saber mapping team, and the tracks are bound to be a hit for fans of the band and K-pop in general. The avatars are cute, but for expert players who turn off debris, they’re an unwelcome distraction! There doesn’t seem to be a particular toggle to turn them off, however, they do appear to be attached to the BTS environment that comes with the new pack, so if you switch out the environment (fancy that tunnel from the Linkin Park pack?) the TinyTAN avatars will disappear.

For those familiar with the band, you’ll be glad to know that the pack features Dynamite, which we’re told is one of their biggest tracks, and several other top hits.

For those unfamiliar with the band, the music varies across a relatively wide pop-spectrum, with Ugh! sounding almost like Busta Ryhmes, and others (like Boys with Luv) almost sounding like something Michael Jackson could’ve been involved with.  Dionysus has some tricky single-saber bits and is quite tricky, whereas Dynamite sounds like something fans of Bruno Mars might enjoy. IDOL was the least impressive, mapping-wise, as it seemed to favor quantity of blocks rather than the quality of flow.

Overall, it’s a fun pack, especially for fans of the band or K-pop in general. If you’re not a fan of either, then it just gives you more officially mapped songs to play!