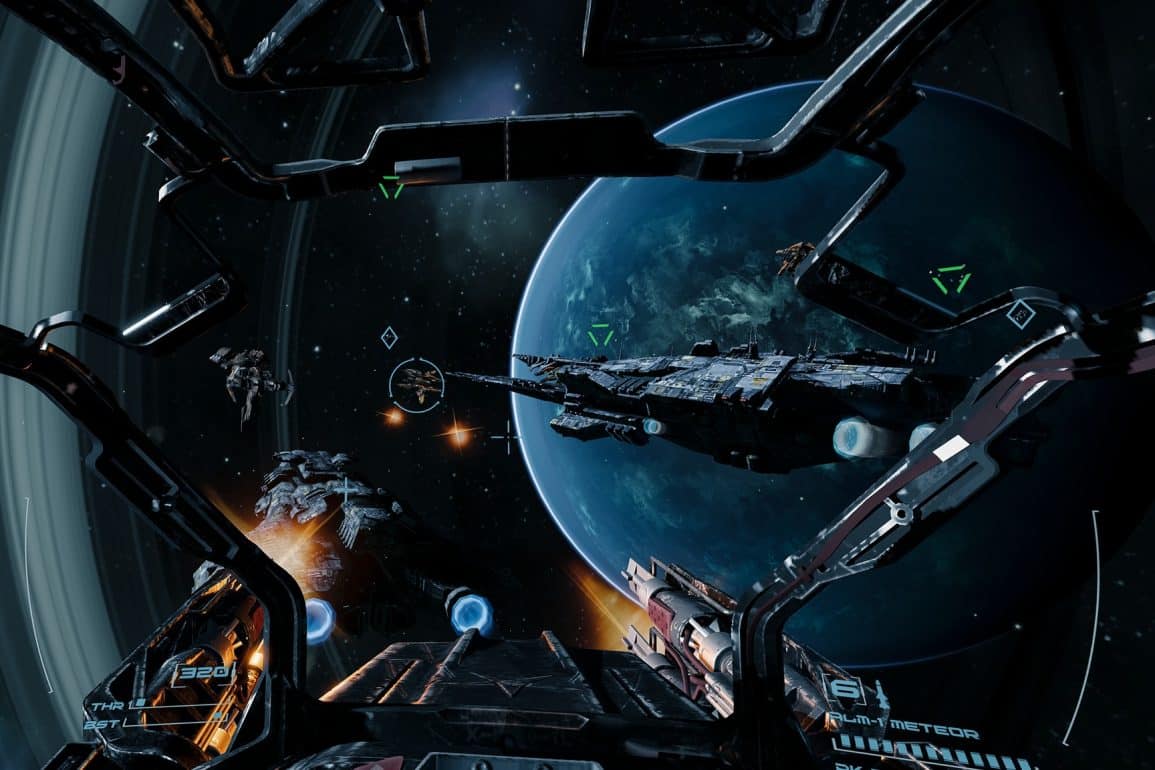 Space arcade combat game End Space update 1.0.6.1 takes advantage of the Quest 2 with enhanced features, and it’s out now. Developer Justin Wasilenko has enabled the newly supported 90Hz mode for a smoother experience, as well as Phase Sync for reduced latency. End Space now has real-time shadows inside the cockpit and the detail level is now equal to that of the Rift version.

This update also changes the default control scheme to use the thumbsticks on the Quest controllers for flight movement while aiming with the Right Touch controller to use your ship’s guns. The Weapon Switch buttons have been switched from the Right Controller to the Left controller along with the Brake/Boost buttons. According to the developer, this allows boosting and braking while flying in a more intuitive way.

In addition by disabling Gaze to Aim and enabling Virtual Joystick the game now allows two-handed control. Your secondary hand aims the turret while the primary hand controls your Minos Spacefighter.

Another big change is that the game now uses a new input curve on the Touch thumbsticks to more closely resemble those found on other Bluetooth gamepads. As a result, the turning rate between touch and gamepad should be much more consistent. Swapping between gamepads and Touch controllers is now more reliable too.

If you are using the virtual joystick mode to control the ship, there is now an option to hold the controller at a negative angle since the resting angle might be more comfortable for pilots.

If you’d like to tell Justin what you think about the game or have any suggestions, join the discord!