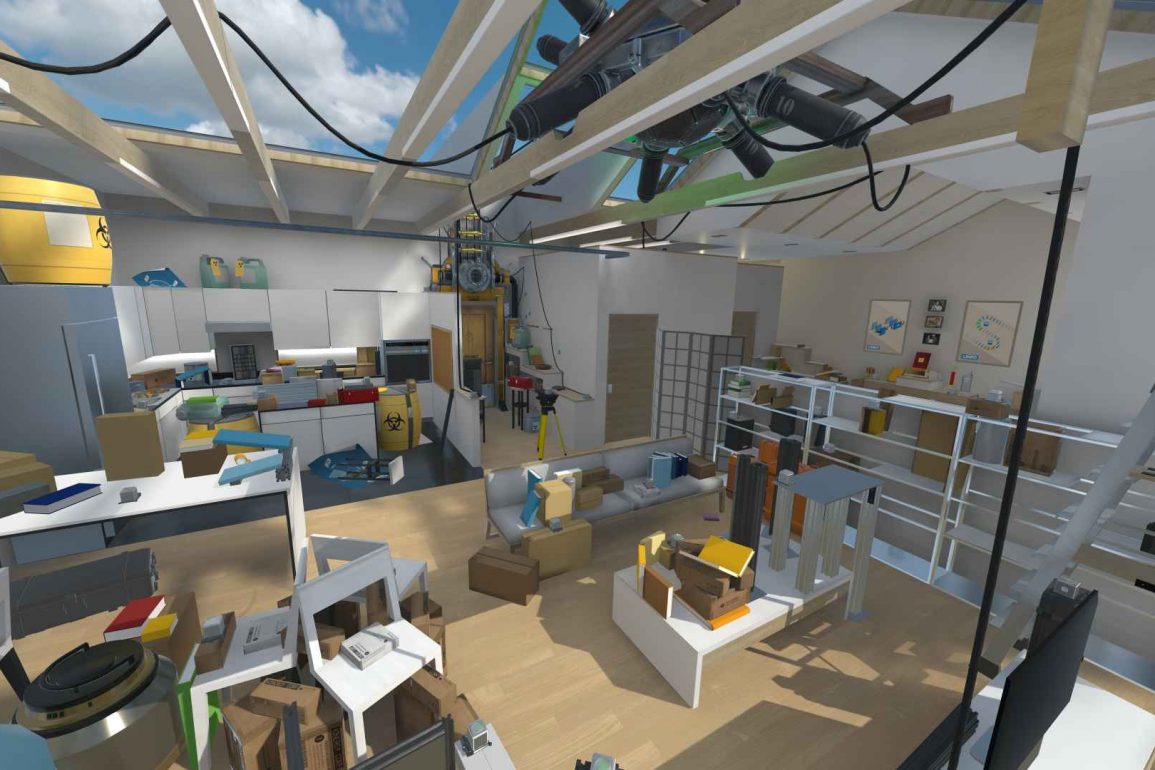 Gadgeteer, which we reviewed quite favourably when it came out on Quest, is now out of early access with a massive update that makes the game infinitely replayable.

Today, Gadgeteer updates to version 1.0 on all platforms. This update is the game’s biggest update ever and contains many features requested by the Gadgeteer community. Metanaut, the studio behind the game, has released a new video trailer to accompany today’s big release:

With this update, players can now share their Rube Goldberg machines online through the ‘Online Sharing’ feature. They can ‘Like’ and bookmark a machine, filter between Puzzle and Sandbox machine types, and sort through ‘Hot’, ‘Popular’, and ‘New’ categories to discover new machines.

The ‘Puzzle Designer’ is also now available for players to create and share puzzles locally and online—making Gadgeteer a game that is almost infinitely replayable. With ‘Puzzle Designer’, players can create obstacles for their levels, limit the number of usable gadgets, and test solutions for their machines before uploading them online.

Lastly, forty new gadgets based on common household objects are available—including fan-favourites like the rubber ducky, bowling ball, and slippery soap bar. This means Gadgeteer now has nearly one hundred gadgets to build machines with!

“Most VR games today lack replay value. The VR community is vocal about it and I personally want to play more VR games that can be enjoyed for hundreds of hours. With “The Big 1.0 Update”, we wanted to focus on features that make Gadgeteer a game you can keep coming back to,” said Peter Kao—CEO of Metanaut. “ We’ve also decided against a price increase during COVID-19 seeing individuals and families are already under stress. Gadgeteer is a
relaxing game and we hope it’ll help people get through this global health and economic crisis with its simple charm.”

In addition to the new features, Metanaut has made Gadgeteer available for cross-buy, allowing the game to be played on all supported Oculus devices with a single purchase.

Are you a fan of Gadgeteer? What do you most like about it? Are there any particular features you’re still hoping for? Let us know in the comments, and we’ll be sure to pass your suggestions on to Metanaut!