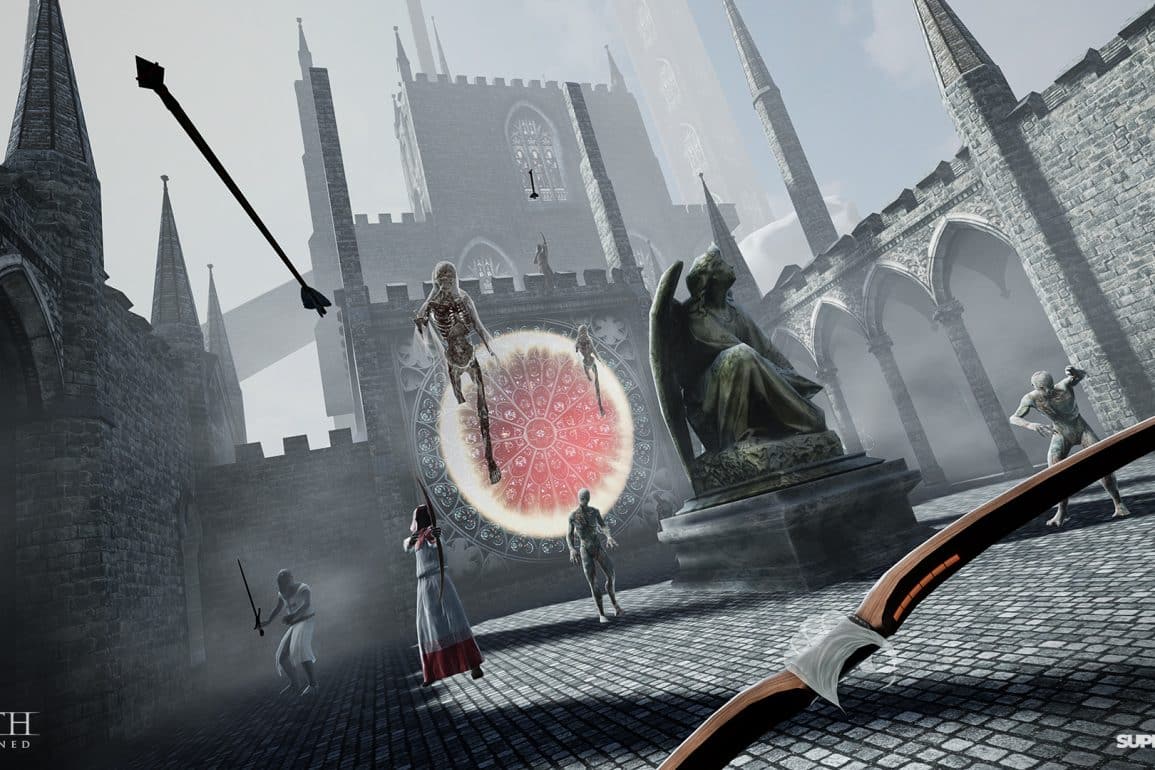 Superbright, a developer new to Quest but with people who’ve worked on Dying Light, Dead Island, and even Cyberpunk 2077 – is getting ready to release In Death: Unchained as an Oculus Quest exclusive in July!

According to the developer, In Death: Unchained brings a rogue-lite experience onto the Oculus Quest. Grab your longbow and rain down arrows against the forsaken souls, angelic creatures, and demons that have taken over the afterlife as you battle through procedurally generated levels in Heaven, Purgatory, and Hell.

Initially created by Solfar Studios as In Death, Superbright have extended the game with lots of new content.

A Medieval VR Shooter with a Rogue-lite Twist:

In Death: Unchained takes the classic rogue-lite experience and finally puts it into the highly responsive and immersive world of VR. Procedural generation randomizes the map layout, enemy spawn points and loot locations, while modifiers based on your previous run ensure each new attempt is different.

Manoeuvre and outthink your enemies to gain the upper hand. Muster precise accuracy for long range longbow attacks. Tap into your reflexes to dodge incoming arrows or use your shield to block ranged and melee threats. Upgrade your bow with a host of special arrows gained by looting monsters, finding pick-ups or by visiting in-level Reliquaries where you can power up with a range of special arrows to help you blast through ever harsher enemy encounters.

Death is Not Defeat

Game progression is driven by an achievement system that persists across each run and scales the difficulty level of the game to players as they master the game. But death does not mean defeat as each run earns you special abilities or modifiers that carry over to the start of your next run.

Custom Forged for the Oculus Quest

In Death: Unchained has been purposefully built to use all the features of the Oculus Quest and take full advantage of a VR experience that is unchained and untethered to a PC. Locomotion, aiming, shooting, dodging incoming fire, using the environment for cover, head and arm tracking etc are all tweaked and tuned to work fully in tandem with the freedom the Quest offers.

Just who exactly are Superbright?

Superbright is a collective of veteran AAA and Silicon Valley developers whose previous work includes Dead Island, Dying Light and Cyberpunk 2077. Launched in 2016 with a sole focus on VR, Superbright has a history of launch projects and cooperation with companies like Oculus, Google, Sony, or Varjo.

In Death: Unchained will launch in July 2020 and is Superbright’s first exclusive title for the Oculus Quest joining the few games to be approved for the platform this year as Oculus continues with their carefully curated, quality games only, approach.

We’re excited to try it out, and should be getting our hands on it pretty soon! So expect our review to be ready as soon as it’s released!