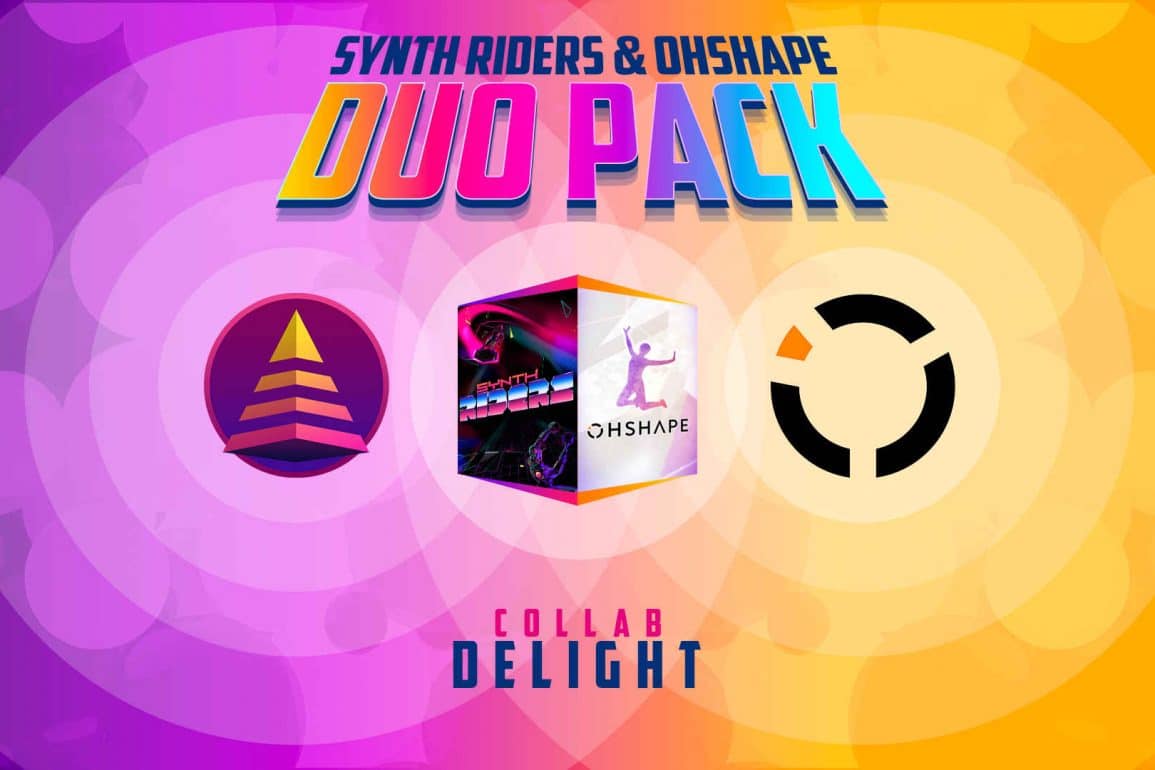 Synth Riders and OhShape, two VR rhythm games with fitness benefits, are now together in a limited time Duo Pack bundle with a 30% discount on the Oculus Quest. To celebrate the collaboration, the developers have jointly released a new free song (“Delight” by Jamie Berry, available now to play in both games) and announced a cross-game contest for all the players.

OhShape is a game inspired by the Japanese TV show “Hole in the Wall”, and players have to match shapes with their body to pass through blocks, punch or dodge walls in sync with the music. Synth Riders invites players to follow a freestyle dance, dodging walls, hitting targets, and riding a unique rail system, solo, or in trailblazing multiplayer.

The developers have joined forces for the first of its kind collaboration between VR rhythm games. A highlight of this collaboration has been the simultaneous addition of the same song to both games’ soundtrack. “Delight” by Jamie Berry, was hand-mapped and choreographed for both games by each team and really highlights the different experiences each game offers to players. To bring their communities even closer together, Synth Riders and OhShape are announcing a “Collab Delight” contest inviting players from both communities to pair up or compete on their own with high scores in the new song. The winners of “Collab Delight” will be announced during the special co-developer stream on July 1st, 2020

Players can sign-up for the “Collab Delight” contest with the following link: https://bit.ly/37hfVCh

Here is a “Delight Collab” trailer:

Synth Riders and OhShape Duo Pack is available now on the Oculus Quest for $27.99, offering a 30% discount on the package (pricing may vary across regions). A new free song  “Delight” by Jamie Berry is rolling out to all the players of both games on the Oculus Store and Steam.