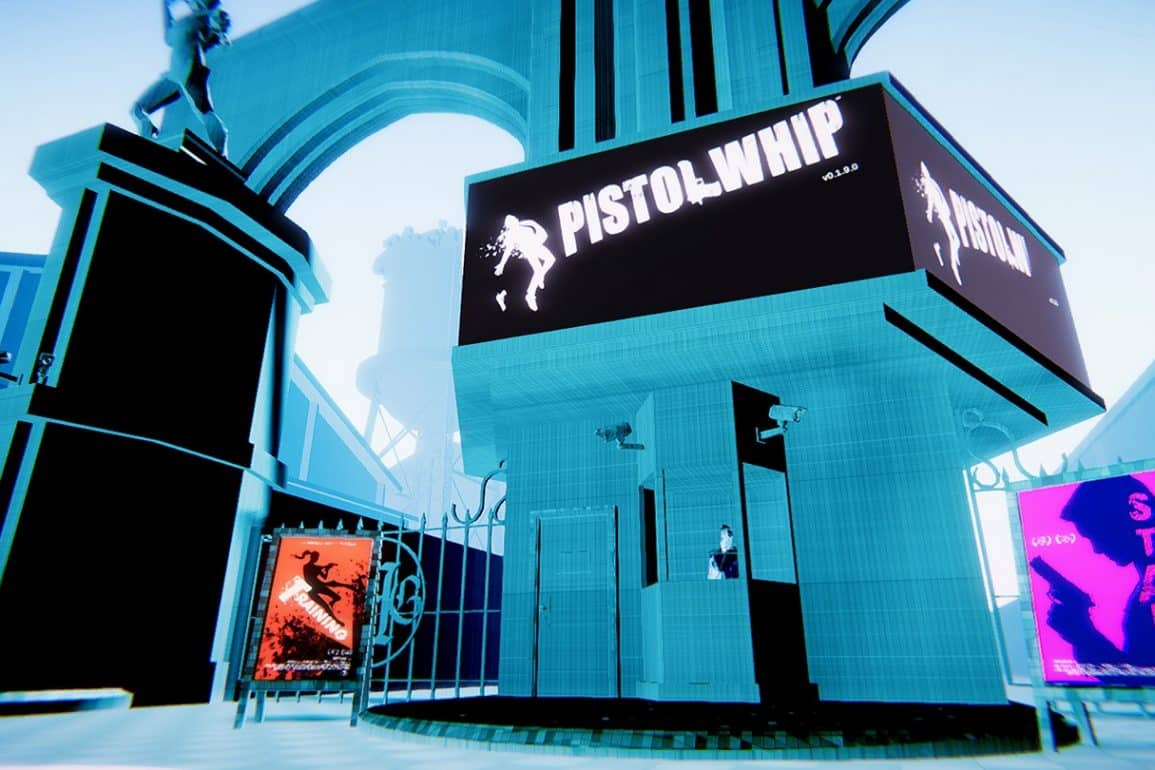 As promised, Cloudhead Games have released their new Religion DLC for Pistol Whip. The new level comes with three difficulties, a new John Wick-inspired pistol collection, and the first iteration of a new enemy shader designed to give more vibrancy and color.

Religion is the pinnacle of our orchestral and cinematic action soundtrack, bringing you through a brutalist and sci-fi-inspired cityscape and into a tough-as-nails bullet hell. This is our most intense scene yet—equal parts “Death” and “High Priestess”—boasting a five-and-a-half-minute gauntlet of pure physicality that’s sure to push even you most seasoned players to your limits. You may also recognize the brutal sounds of BTSM and Lektrique as they cap out our first season of updates with their instrumental masterpiece.  From High Priestess to Religion, we’ve delivered a five-track variety pack of free new scenes on top of our base launch soundtrack, showcasing a broad range of styles, environments, aesthetics, and themes. While John Wick was our beginning, the future of Pistol Whip aims beyond expectations.

Religion may be the final entry to our regular content updates, but this is not the end of the game. We’ve now transitioned into our long-term roadmap, leading to a game-changing update planned for later this year. You can check out the full roadmap in our announcement video below:

We hope you enjoy Religion, and we can’t wait to bring you more kick-ass content in the months to come. In the meantime, come join us on social media @pistolwhipvr or pistolwhip.gg to tell us what you like and what you can’t wait to see.

Which of the newly released maps/tracks are your favorite? Let us know 🙂