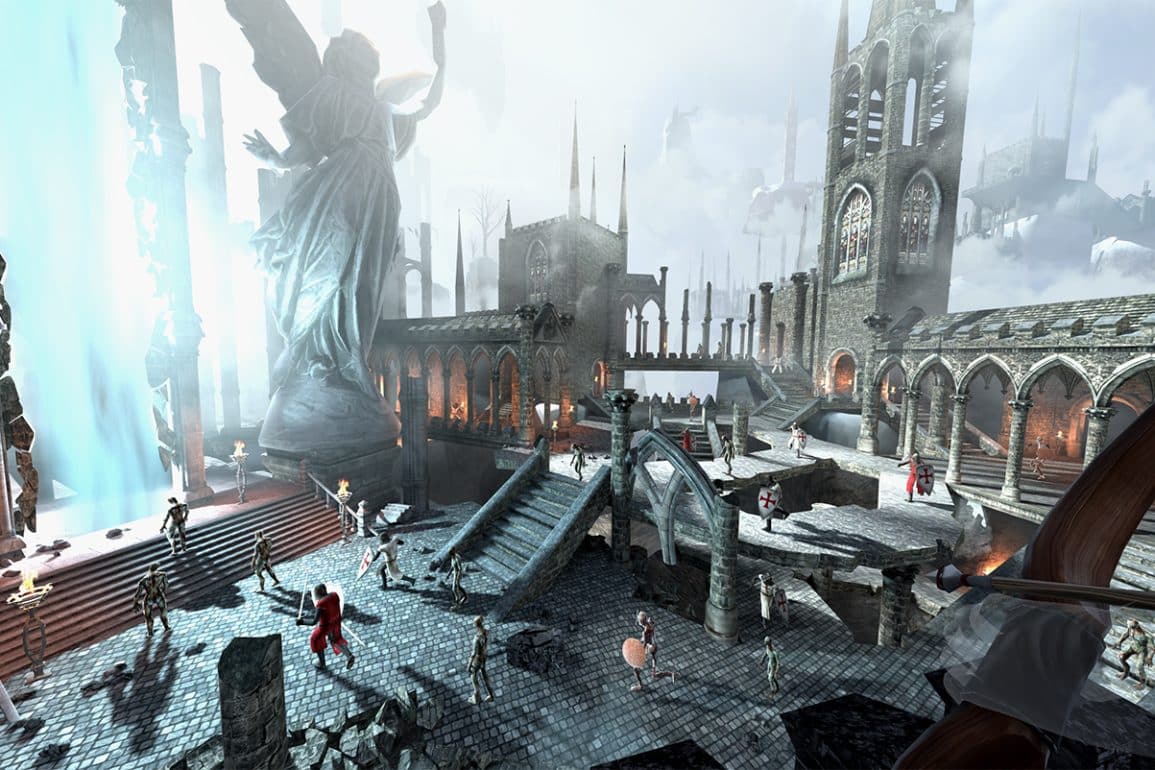 Siege of Heaven DLC Coming To In Death: Unchained

In Death: Unchained, one of our highest rated Quest games, is finally getting a more accessible DLC called “Siege of Heaven“! The DLC brings a new wave defense mode which can be played alternatively to the game’s main loop.

Already one of the top-rated titles for core gamers, developers Superbright hope the new game mode will help make Unchained a must-have experiences for casual players as well:

Developed with help of some of the game’s top players, the new game mode’s difficulty scales all the way up and will challenge those who reach for mastery in virtual marksmanship with features like new leaderboards, new challenges, and achievements.

“The community around the game has been amazing, and we see this free DLC as a gift to our players, a way of thanking them for their support. Our goal was to enhance the game in a way that will engage and challenge the advanced players, and boy it’s that and more – but we also wanted to make it approachable for everyone else. We’ve heard our players say they’d love to be able to share the fun with friends and family, but maybe the game was too scary or too demanding. And we listened – we’ve all loved the archery from The Lab, this is how most of us got started in VR. With this DLC we hope to bring this experience to VR’s best platform – Oculus Quest, so anyone should be able to pick up the game and enjoy the best their Quest has to offer, at their own pace. You can just give the headset to someone who’s new to VR – your friend, your mom or uncle, and they will have fun with it right away. ”

The expansion will be available for free with the upcoming update planned for December 8th.