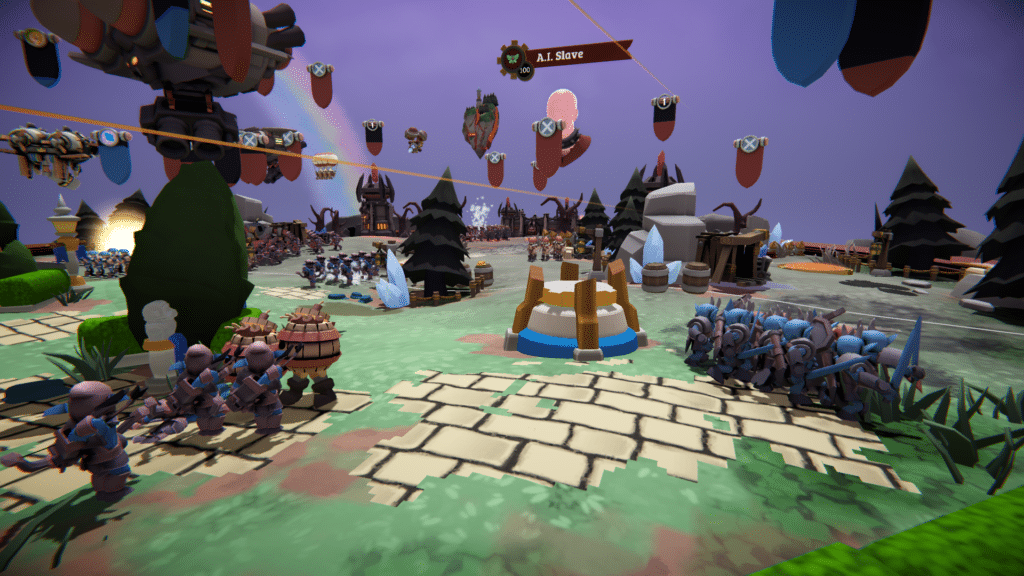 Yesterday, a few hours after Skyworld: Kingdom Brawl for Quest was released in the Oculus Store, it got pulled by developer Vertigo Games.

A lot of people had been looking forward to the game, including us here at 6DOF Reviews. A card fighter set in the world of Skyworld, the game looked like a lot of fun. However, the release was definitely rushed. When we tried it we found it glitchy, with us and many other people experiencing a ‘draw’ every time they tried to play a multiplayer game. We also couldn’t help but notice the presence of a ‘lorem ipsum‘ text box that was stuck on our displays whenever we were in the main game screen. Lorem Ipsum texts are placeholders often used by graphic designers during development until the actual real game content is put in place. All of this seems to indicate a rushed release of a not-quite-finished game.

A lot of users were unhappy with the game upon release, and many more were surprised to find Skyworld pulled from their libraries a few hours later. We are, however, encouraged by Vertigo Games’ decision to pull the game and are confident that they’ll work hard and fast to fix the game before re-releasing it.

Although Oculus didn’t notify users of these events, Vertigo Games did explain what happened through their Twitter account –

Remember, if you want to check out the full list of upcoming releases for the Quest, check out our Upcoming Quest Releases page, and if you’re on a desktop browser click the little bell in the bottom right corner to get a notification when we publish news or reviews!