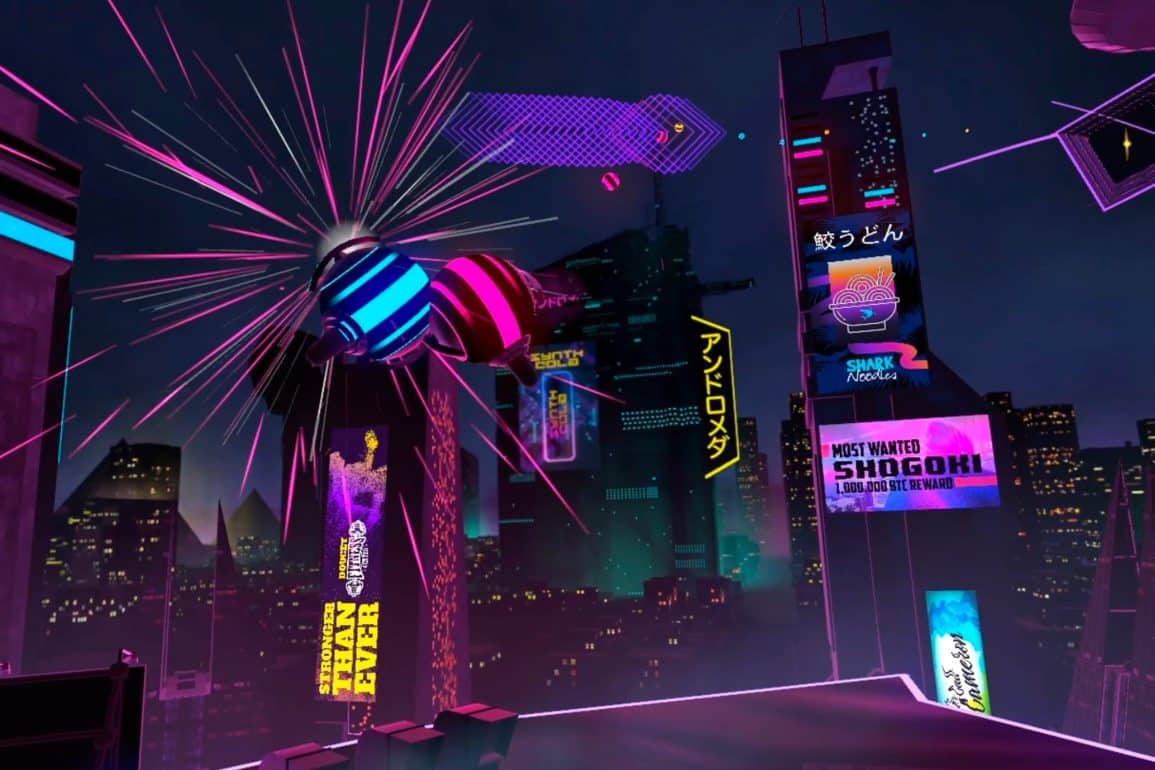 With the release of their new DLC, Cyberpunk Essentials, it seems that Kluge Interactive, the developers of Synth Riders, don’t know how to take a break! Already a great game when it was released, they’ve been adding more and more features and tracks to the game on a regular basis.

As per their roadmap, seen below, they first added multiplayer (something that Beat Games promised for Beat Saber ages ago, but have not gotten around to doing…), then added lots of new tracks, and then added 90 and 360-degree levels to every song – and now, with their latest DLC, Cyberpunk Essentials, they’re adding ten new EDM songs to the game from artists such as Tokyo Machine, Pegboard Nerds, RIOT, MUZZ, and Au5.

Half of the tracks are available for free, and are included in Synth Rider’s latest update, and the other half of the Cyberpunk Essentials pack can be purchased as a DLC for $8.99 (bundled) or $1.99 per track if you prefer to buy them separately.

You can see a trailer for this DLC right here – and if you watch to the end, you’ll see a teaser for the next pack! It’s clearly chip-tune themed and it’s called !INVADERS 🙂

With the addition of “Cyberpunk Essentials”, the Synth Riders music library now features 55 songs (45 free and 10 paid), with a possibility to extend the collection thanks to the official custom song support. Each track is mapped with 5 difficulties and can be experienced in 90, 180, 360, and elevating 360+ spins. This pack also supports the “Play Together” feature for Multiplayer – and we think it’s VERY cool that when the host player owns any paid songs, everyone in the room gets to play them for free.

We remain quite impressed with Synth Riders, and with Kluge’s continued commitment to improving the game and acting on community feedback. What do you think of the improvements they’ve been making to the game? And do you have any suggestions we should pass on to Kluge? Let us know in the comments!