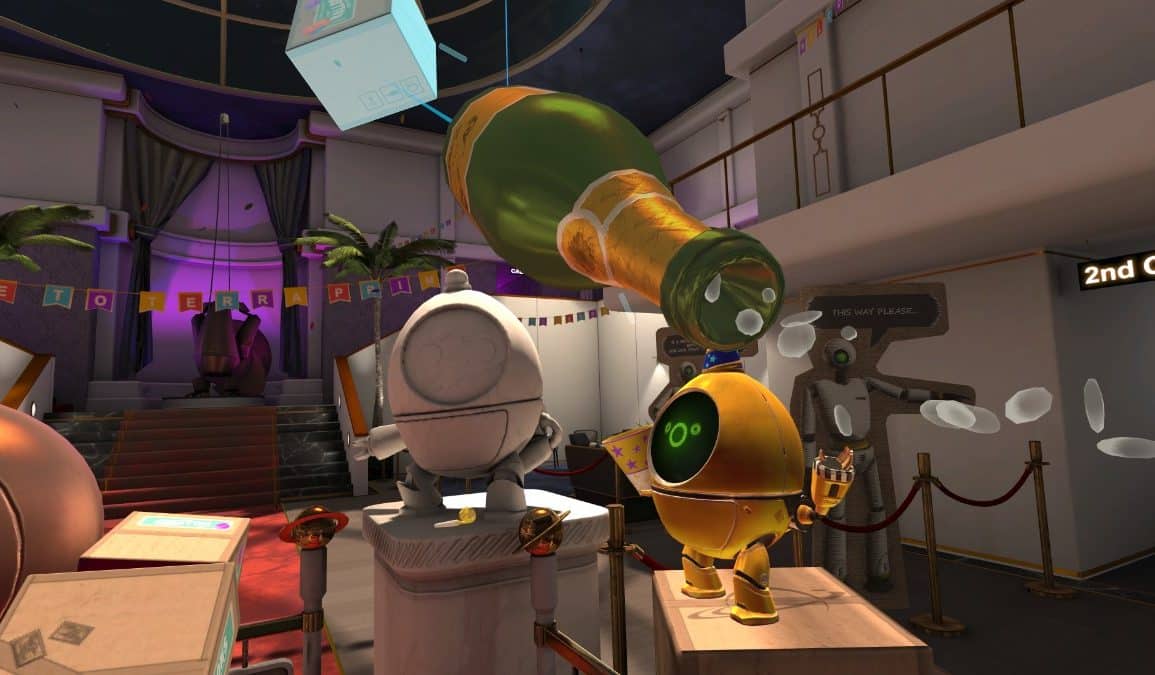 Time Stall is loosely inspired by Quicksilver’s classic Pentagon kitchen scene from X-Men: Days of Future Past, where Quicksilver neutralizes all kinds of threats in slow motion. The game will have players operating freely inside a semi-frozen moment in time while solving physics and time-based action puzzles in order to save everyone aboard a space cruise from certain doom.

Time Stall is being released on the 15th of August and will be available at the Oculus Store!

Remember to enable notifications (if you’re on a desktop you’ll see a little bell on the bottom right of the screen!) to get a message when we publish our Time Stall review!

We’re getting our copy as soon as the game is out, and our very own Tim Wilson will be quick with a review shortly after. So keep an eye out! So far, we like the concept a lot, and we’re hoping the game delivers!

What We Already Know

Players take on the role of the Volunteer Safety Human aboard the Fantastic Leap, Earth’s first (and only) crowdfunded luxury escape cruise. After failing to meet its funding goals, many cost-saving corners were cut, leaving the ship and its robotic crew with more than a few safety concerns. Now it’s up to the player to save the ship from imminent disaster…over and over again. Luckily, there’s no wrong way to save the day and even the failures can lead to hilarious and sometimes deadly outcomes.

“Designed with complete freedom in mind, Time Stall is a room-scale experience where you can freely roam through an action scene almost frozen in time, manipulating the trajectory of hazardous objects, as such the game is ideal for an untethered headset,” said Martin de Ronde, Force Field’s Chief Creative Officer. “Time Stall is a unique room-scale action-puzzler built exclusively for Oculus Quest.”

Here are some screenshots:

And here’s the trailer!

Force Field is an independent studio founded in 2015. Its founders are game industry veterans having previously founded Guerilla Games (creators of Horizon: Zero Dawn!) and held executive positions at leading games companies such as Atari and Disney.