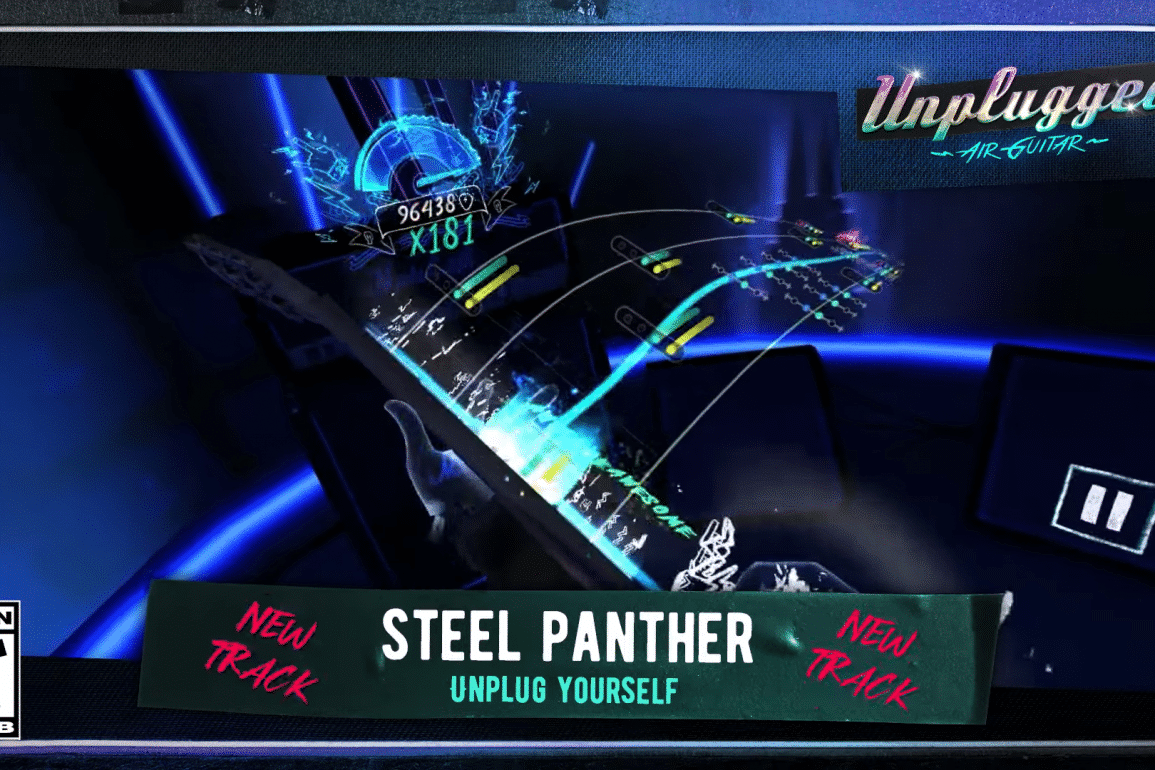 Unplugged Has an Exclusive New Song

The Air Guitar Rhythm Game, Unplugged, has announced an exclusive new song that will be part of the game’s repertoire.

Vertigo Games, the game developers, have announced that their exclusive new song was specially tailored for Unplugged. Hopefully, this means that the air-guitaring gameplay was taken into consideration when the song was written. Either way, an exclusive Steel Panther song is no small feat.

Unplugged is going to be released on PC VR on December 2. The new song will come as a free update to both PC VR and Meta Quest.

It is nice to see that the members of the legendary Steel Panther are showing their support to Unplugged with Eyes of the Panther and an exclusive song. Hopefully, the game will have even more surprises like this in the future.

What do you think about Unplugged’s new song? Are you excited to play it? Let us know in the comment section!