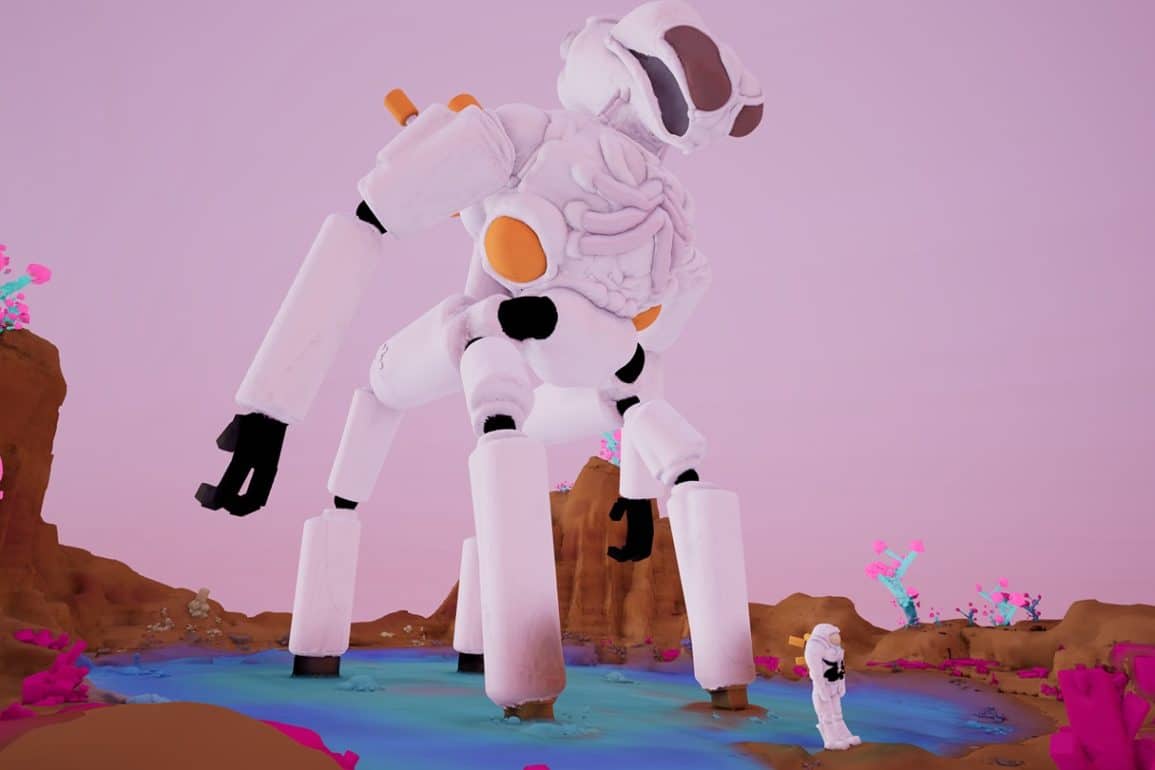 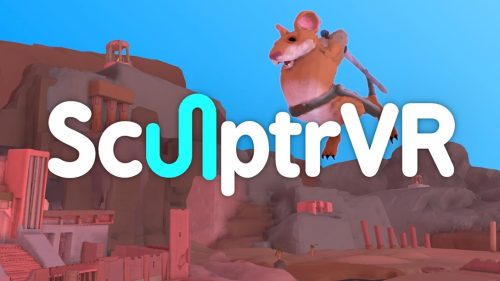 One of the wonderful things about Quest ownership is the sheer variety of experiences on offer. VR presents all kinds of opportunities which we’re only beginning to explore. Aside from games and exercise, we’ve already got a phenomenal artistic suite with Tilt Brush and a serious 3D design tool with Gravity Sketch. Now SculptrVR has made its way to the little headset that could, bringing with it virtual object sculpting, an obscene lack of vowels, and multiplayer creative mayhem. Let’s chip away at it and see what it reveals.

A CHIP OFF THE OLD BLOCK

There’s no tutorial in SculptrVR. You’re just left to dive in. For me that works fine, but I’m already conversant in some of the rules and tools of 3D modelling. I will say that my wife and children have had no problems just exploring the options on offer and just having a play about, and that seems to be the point. If you’re new to the idea, then the clue is in the title. With SculptrVR, you can create shapes, carve away at them, paint them, move them and fuse them with other shapes. In short, you can sculpt in VR. You can do so in a void, or create and add to an entire landscape made of the same virtual ‘rock’ like everything else. The scale is impressive if you want it to be; so much so that the title provides different ways of exploring your landscape, from standard teleportation to climbing and gliding. Even that in itself is fun once you get the, er, hang of it.

The app really wants you to feel like you’re physically sculpting material, and have fun while you’re doing it. There’s some lovely feedback when you are carving and creating – little chips of ‘stone’ chitter off as you carve, with appropriate sound effects. The whole thing is delightfully tactile, and a world away from the refined sterility of Gravity Sketch. The flipside of that is that, in comparison to its peers, SculptrVR can feel imprecise and a little low-definition. You probably aren’t going to be making precisely modelled Warhammer figures to 3D print with this. Well, not unless you have far steadier hands and infinitely more patience than the likes of me. This roughness is mitigated a little by the scale at which you can work on things, and then resize them. Just bear in mind that you’ll be working with virtual clay or stone rather than laser-cut steel.

SculptrVR allows you to import objects or images and can export them for further modelling in other apps or 3D printing. But as much as SculptrVR will support an organised and technical approach, it also really wants you to let your hair down, particularly with friends. The multiplayer element is fantastic, proving a universe of possibilities for both creation and silliness.

Using SculptrVR, art collectives can join each other in virtual spaces and create imaginative vistas. You could also just use it to threaten your mate with a giant dildo you’ve made, before gliding away and blowing up the castle he spent the last hour building. A friend of mine, an artist and photographer, is using SculptrVR to painstakingly recreate Vermeer’s ‘The Milkmaid’ in three dimensions. My five-year-old son was able to make Spider-Man’s head on his first attempt. Kids love playing with this as it’s like having infinite amounts of Play-Doh, as well as rockets that they can launch at creations. People always talk about the educational possibilities of Minecraft in schools, but SculptrVR points to an even more interactive and involving virtual future.

THE REVEL IS IN THE DETAILS

This review, rather like the app itself, is light on explanation of the various tools on offer, and a little low on detail. This is because I wholeheartedly believe that if you think you’ll like SculptrVR, then you probably will. There’s very little that I can tell you about it that you won’t glean from the fun video on its page on the Oculus Store.

The best thing you can do to maximise your enjoyment of it is to throw yourself into it and explore it directly. (We’ll be doing a couple of ‘Let’s Play’ videos for this and other titles soon and in which will go into some of the tips and tricks for getting the most out of it). That said, there are a few people to whom I wouldn’t recommend this title. Those who like guided instruction or some direction to their VR experiences would be better served with something a little less free-form, perhaps. Most, however, will be addicted to it given the tiniest of tries and, for a relatively low price, it is an essential addition to nearly everyone’s Quest library.

The app is easy to use for all ages and abilities, and capable of some impressive results if you spend some time mastering it. SculptrVR proudly takes its place alongside Gravity Sketch and Tilt Brush as another essential creative app for the Quest.