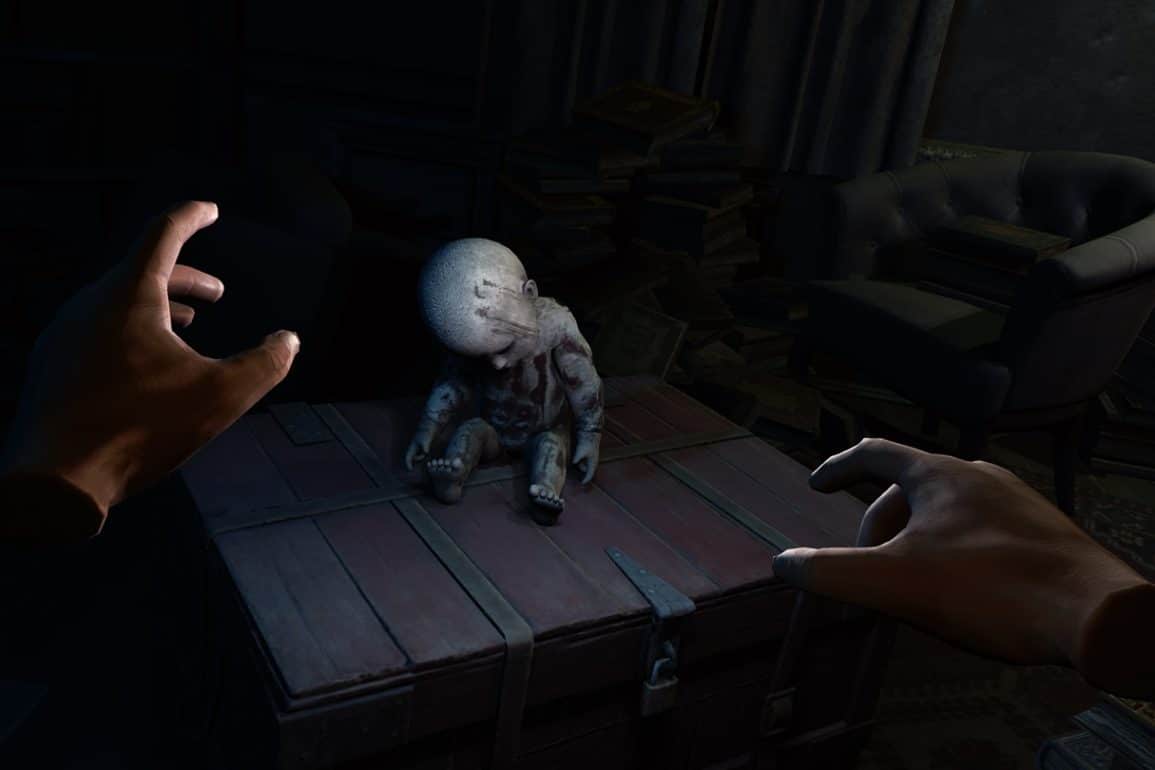 Horror fans rejoice! But be warned – Affected: The Manor acknowledges right at the start that it’s not really a game, rather, it is a short experience designed solely for those masochistic or sadistic enough to derive some form of pleasure from being scared witless.

Despite behaving more like an Oculus Go game, with its limited gameplay making it, essentially, an interactive 360-degree video, walking through the hauntingly hollow hallways of Affected: The Manor has you constantly on edge and ready to take flight if any of those statues so much as blink.

Affected: The Manor makes no use of the Quest’s acclaimed 6DoF. Due to simplistic controls and calculated jump scares, there’s no need to stand, lean or even turn your head. To engage with the occasional items in the world (such as torches), the developers use hand tracking. This provides some much-needed immersion, even if you don’t trust the batteries in those torches any farther than you could throw them. Having to physically open doors to progress to new, potentially scarier, rooms will have you shakily reaching out as if you expect to be electrocuted by the rusty handles.

Who turned out the lights?!

Being set in an abandoned, haunted building, Affected: The Manor could be forgiven for the sinister darkness prevalent in almost every corner. Yet, it is the contrast between this and the far too common sources of light, which is an issue. The stark differences in light and dark caused a lot of god rays. I found myself repeatedly wanting to remove my headset to clean away what I thought might have been blurry marks on my lenses.

The graphical style lends itself well to the Quest’s low-poly rendering. However, I could still feel my eyes being drawn to the FFR (fixed foveated rendering) at the edge of the screen more often than in most other games. Admittedly, this might not have been a fault with the game’s design as much as a natural consequence of the heightened state of awareness brought on by the fight/flight mode elicited by it.

In typical horror style, the ambiance oscillates between eerily delightful and hellishly unnerving, with the combination of background music, environmental sounds, and children’s laughter sure to raise every hair on the back of your neck.

I found Affected: The Manor to be inferior to what I’ve come to expect from the heavily curated library on the Oculus Store. With only rudimentary gameplay and a movement mechanic that doesn’t allow for anything other than a slow crawl, I found myself frequently frustrated. The limited interactions that were supposedly “built from the ground up” fall short of the immersion level of every other Quest game I’ve played. Additionally, the graphical issues experienced throughout the game were a constant reminder that I was wearing a VR headset, further breaking immersion.

I fail to see how anyone keen on this genre would be genuinely terrified while playing Affected: The Manor. When you purchase a horror game, you expect to struggle to finish the game out of fear, or to at least come away thinking “Wow! That was scary!” If a horror game fails to do so, especially given the immersive advantages of VR, then it just isn’t exploiting the medium as well as it should.

Having said that, the biggest issue with Affected: The Manor is undoubtedly the pitifully short length of the experience. Despite the multiple paths you can choose to take, there are still less than 2 hours of actual gameplay to enjoy.

Fallen Planet Studios is clearly marketing Affected: The Manor as a novelty experience (not unlike Richie’s Plank Experience) for users who want to freak out their VR-Virgin friends. If you know that going in, then most of the issues I’ve mentioned might not matter to you. For amateurs, its controls are intuitive, and its straightforward gameplay is perfect. Still, VR enthusiasts will notice the lack of finesse and likely be disappointed.

Affected: The Manor is a game with a niche audience. If you enjoy scaring your friends and family or even if you’re just a diehard fan of horror who revels in classic tropes and clichés, then this game might be worth your time. For those of us with a few more virtual notches on our belts, however, the game is more frustrating and disappointing than frightening or amusing.

For an immersive horror experience that’s sure to leave you terrified, check out Dreadhalls instead!

Affected: The Manor
TLDR : Summary
Affected: The Manor is an above-average guided tour of the VR horror genre. However, if you're chasing an adrenaline-inducing scare experience, this isn't it.
Concept
3
Gameplay
3
Graphics
5
Audio
8
Longevity
2
User Rating0 Votes
0
Pros
Great for scaring friends
Effective Audio
Cons
Not much interactivity
Doesn't take advantage of the Quest
4
Tense