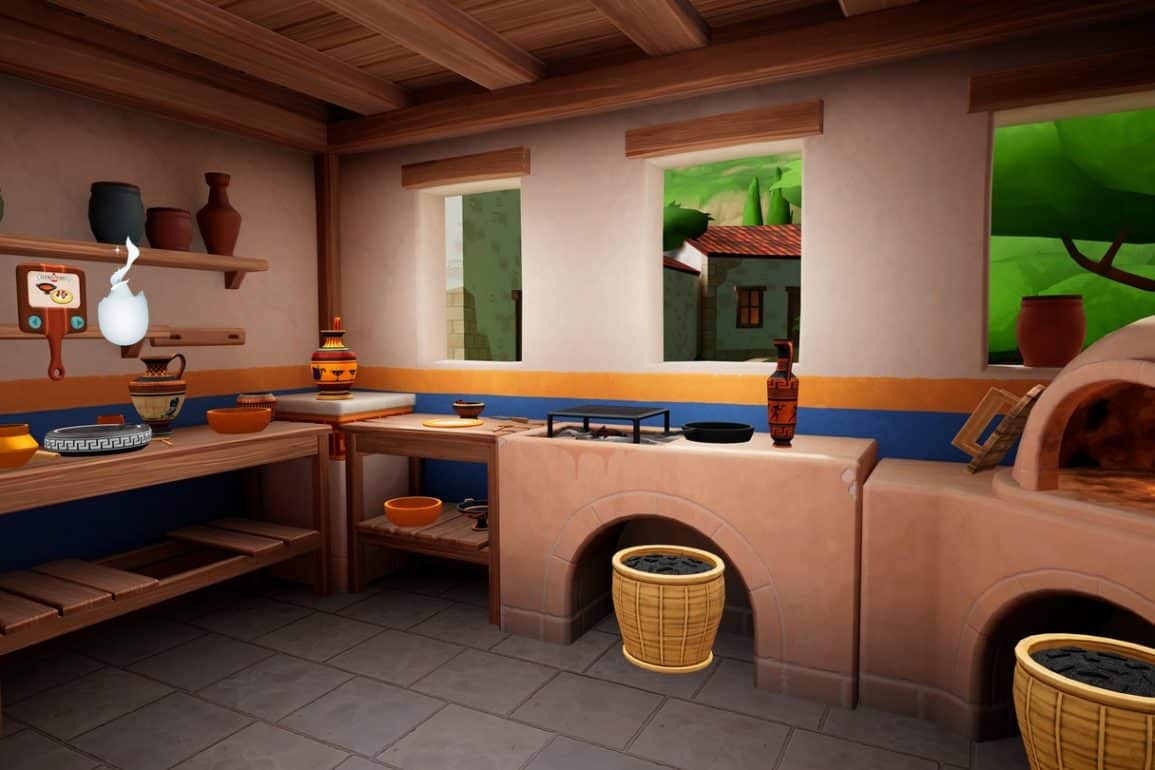 Cooking Simulator With A Touch of History & Zen 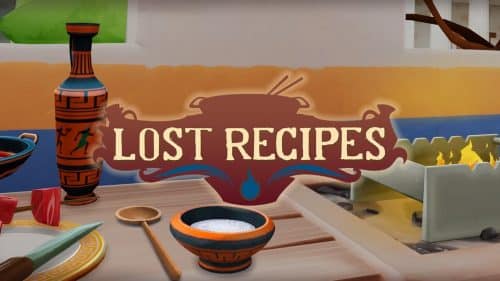 It’s no secret to regular readers of this site that I’m a big fan of VR Cooking games. When Lost Recipes was announced, I immediately called a resounding “Dibs!”. The thought of a cooking game delivered by Schell Games, arguably one of VR’s premiere studios, had me virtually salivating in anticipation. It was, sadly, this fact that has ultimately served me an amuse bouche of disappointment.

It’s important to be clear at the beginning, Lost Recipes is not a game. Or at least, I bloody well hope not.

When viewed as an “experience” instead of a “game”, this review can be quite positive, but make no mistake – If you are looking for a cooking game, move along. This is not that. Had the team at 6DOF Reviews decided to judge Lost Recipe against our gaming criteria, holding its merit against other offers within that genre, Schell Games’ latest creation would definitely not have fared well…

Lost Recipes is categorised in the Oculus Store as an ‘app’ yet described on its store page as a cooking game. Under its announcement trailer on the official Meta Quest YouTube channel, it’s described as a “cooking simulator” at the start of a paragraph that itself concludes by calling it a game. To say that its marketing is muddled is an understatement.

A reasonably brief time within the world of Lost Recipes reveals that what you actually have here is a virtual cooking experience, with a side of homage to oral tradition. Unlike a genuinely gamified cooking offering, Lost Recipes features neither the frantic energy of service nor the compulsions of score-chasing, both of which nest traditional cooking games firmly within the genre of Time Management games.

Instead, Lost Recipes guides the player through several recipes in an authentic, interactive historical kitchen while picking up a few info-taining facts about the local culture along the way. It is thoughtfully delivered, and once you get past the disappointment of not being in a cooking game, really quite enjoyable to be a part of.

Lost Recipes allows the player to serve dishes from three different kitchens from three cultures throughout history; Mayan, Chinese, and Greek. You will be greeted by an authentically voiced ghost in each kitchen. This ghost will verbally walk you through the steps needed to recreate favoured or culturally significant dishes. While there is also a visual aid, in the form of a floating cookbook, the actual experience seems centred around the art of verbally handing down things of cultural significance, such as recipes.

Listen carefully to your ghost and follow your instructions closely, and you pretty much can’t go wrong.

LET ME SEE THOSE TONGS

Lost Recipes is incredibly well produced. The core mechanics that allow you to bring your long-dead cuisine to life are absolutely excellent. The kitchen operates with an understated physics system that only seems impressive when past experiences have shown you how complex natural-seeming physics in a kitchen environment are to achieve. To players without that reference point, everything just moves as effortlessly as it should, and it’s all remarkably intuitive.

Chopping, grabbing, and pouring are detailed and accurate and allow the player to shed the usual cognitive load and just listen to the instructions and enjoy the process. Ironically, this refined delivery is also the most frustrating element of the Lost Recipes experience. It highlights that although this is not a game (it’s really NOT), it would be outstanding if it were.

The raw potential for a fast-paced, high-pressure game with these mechanics is stark. Calmly making someone’s dead grandma their favourite pork dish is lovely, but I was hoping to be in an ancient Chinese restaurant prepping and serving Dongpo Pork against the clock. Please Schell Games? PLEEEEEEAAASSE?

Lost recipes is exactly as one would expect from a studio as accomplished as Schell Games. The visual style is bright and easy to interpret. The world occupies enough hyperbole to be accessible yet provides enough realism to make the experience land. The visual language, particularly across the ingredients, is convincing, and items move and interact as you would expect them to. The kitchen and environments seem authentic to the period and culture they represent. I am not a scholar in ancient cuisine, though, so take that with an appropriate pinch of salt, I guess.

The visual cues that indicate that a component is correctly prepared are easy to identify, making it easy to understand if you have achieved what is being asked. However, this is almost too efficient as following the glowing, golden indicators makes it very difficult to get anything wrong.

As with previous Schell Games offerings like the superb I Expect You To Die Games, the audio is exceptionally well delivered and forms an integral part of the experience. The ambient sounds and background music feel regionally appropriate and add to your sense of presence within the world. More importantly, they do very little to intrude on the player’s experience, focusing instead on the conversation between student and cooking instructor.

The voice acting is well directed, with voice actors indigenous to the regions they represent. Each performance is admirably directed to be easily understandable yet immediately recognisable as authentic to each region. The ghost voices brought a sense of genuine warmth to the kitchen, which I found both engaging and endearing.

MAKE MINE A SUPERSIZE??

Whilst Lost Recipes does many things well, particularly when removed from the context and standards of a game, it lacks enough content to really achieve its broader aims. Developers Schell Games have indicated that they want Lost Recipes to be viewed as educational. However, they miss the mark somewhat and land in the realm of light infotainment. The anecdotal style of passing information to the player is natural and engaging, but there doesn’t seem to be enough depth in the imparted knowledge to truly call the experience educational.

The other aim seems to be creating a calm, relaxing experience within which players can find small moments of zen. However, these moments are often too brief. Each cuisine/culture has only three dishes to prepare, most of which take around 6-7 minutes to prepare. There are indeed a few more robust dishes that will take about 15 minutes or so, but overall my experience indicates that a complete play-through would take no more than 1.5 – 2 hours.

Each dish you prepare is graded on a five-star scale, but I found it easy to score four stars on every dish without much effort. With incredibly forgiving mechanics, a lack of distractions, a clear vis with a friendly ghost, and obvious visual cues, it’s almost impossible to make a mistake here. Unfortunately, this also suggests very little motivation to come back and try and improve on your first scores.

When viewed as an experience instead of a game, Lost Recipes is a quaintly charming offer, offering a relaxing and simple way to pass an hour or two. It provides the chance to feel enveloped within a warm and inviting historical context, albeit superficially.

But please, heed this warning. If you are looking for a fast-paced, fully developed, kitchen based time management game, then Lost Recipes will sorely disappoint.

Lost Recipes
TLDR : Summary
When viewed as an experience instead of a game, Lost Recipes is a quaintly charming offer, offering a relaxing and simple way to pass an hour or two.
Concept
7
Functionality
8.5
Interface
7.5
Value
3.5
Pros
Relaxing, Authentic Atmosphere
Great Voice Acting
Fantastic Mechanics
Cons
Short Experience
Not Much Content
Not a Game!
6.5
Info-Taining
Get it on the Oculus Store
Lost Recipes