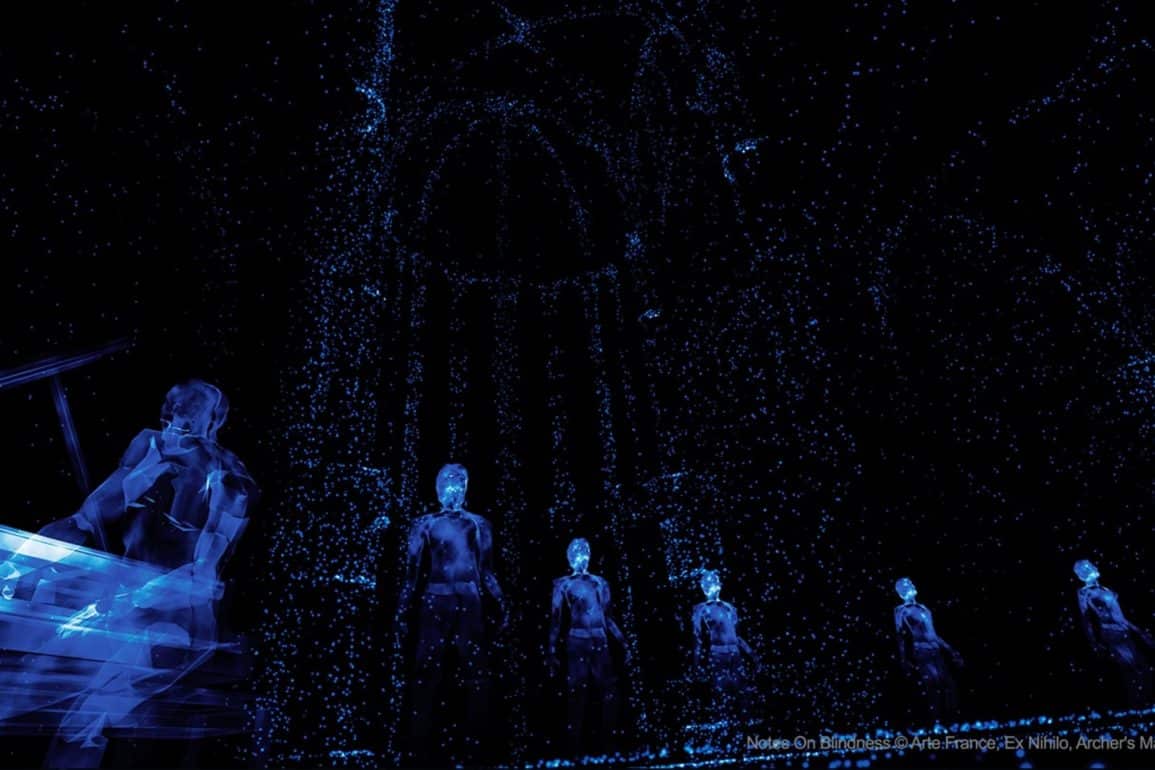 When I first anticipated playing games in VR, I pictured myself flinging fireballs, shooting robots, or pouncing on cyberpunk ninjas. What I didn’t expect was a calm, reflective meditation on the nature of sense and humanity, via the stark Notes on Blindness VR experience.

Notes on Blindness is based on a documentary, which itself is based on the recorded audiocassettes of John M. Hull, a writer, and professor. In 1983, Hull lost his sight entirely and narrated the experience of his simple, everyday actions— sitting in a park, listening to the rain, walking in the snow.

Hull’s spoken notes are quiet and intimate, soothing, and reflective. It’s an unlikely companion to the in-your-face, high-impact visuals of the VR medium. But by making precise use of head-tracking, the app lets you turn your ears to the sounds that filled John’s world, and look out over simple blue-on-black wireframe visuals used to illustrate these notes.

This free experience lasts about half an hour from start to finish, with six chapters that feature subtle scenes. While there often isn’t much to look at, there’s a good amount of audio information to absorb, like the tinkling of wind chimes and the quacking of ducks in a pond in the park. Some scenes are lightly interactive, like aiming the wind at a swing set, but the overall experience is mostly passive, albeit thought-provoking.

These chapters might be more engaging if they allowed for more exploration or freedom. For example, the park scene might be more meaningful if you could move freely and follow your ears to new sounds. A choir scene at the end is meant to invoke rapture, but the stilted, animated blurs detract from the sonic message. Why not provide multiple choral pieces or symphonies to sit through, and let the sounds wash over you along with Hull’s message?

By Doc Neale
In Reviews

The most important takeaway from Notes on Blindness is that you’ll gain a new empathy for people living with disabilities. A few key observations, like thunder becoming a “roof” for those who can not see the sky, will likely stick with you for some time. This is an app that encourages you to slow down, appreciate all of your senses, and learn a bit about our shared humanity.

It’s certainly not a rip-roaring, pulse-pounding action or fantasy simulation, but you might consider Notes on Blindness a gentle palate cleanser between more intense games. It’s worth downloading and trying, maybe just once, to put yourself in someone else’s shoes, think their deep thoughts, and listen through their ears.