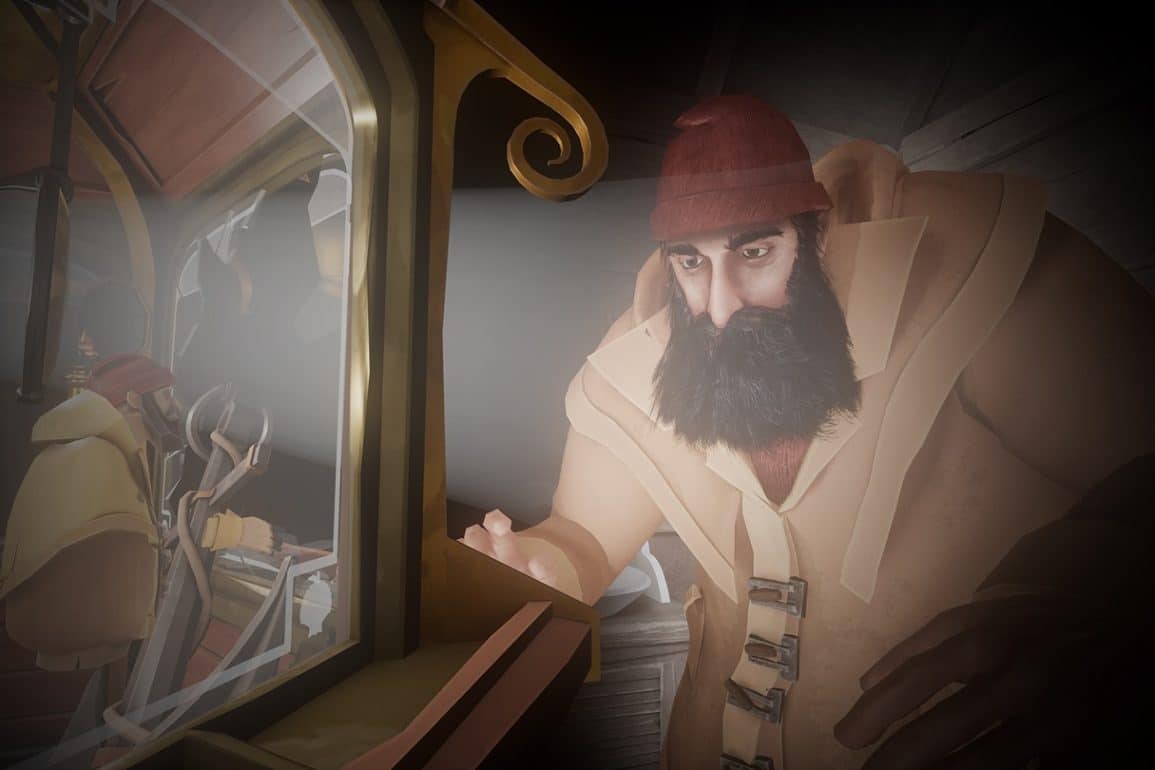 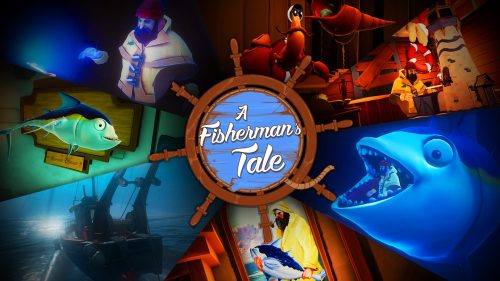 It can get lonely working in a lighthouse. With your duties done, routine fulfilled, and nothing but the sea to keep you company, it’s easy to imagine letting your mind wander. In A Fisherman’s Tale, you play as a wooden puppet who lives in a model lighthouse, with a smaller lighthouse of his own to play with. But who is pulling all the strings?

The highly focused setting of A Fisherman’s Tale keeps you confined to small play spaces, which are well-suited for escape room-style puzzle-solving. In a mind-boggling, recursive twist, objects that you place inside your model lighthouse appear as giant versions in your room, revealing that you exist in a mirror-copy model of a larger world.

Need a teeny-tiny captain’s hat for a hermit crab? Just locate a regular-sized one in your regular-sized room, then remove the model version, perfectly shrunken to fit a tiny crustacean. Throughout four short chapters, puzzles like these make excellent use of the game’s large-and-small mechanics. Once you wrap your head around the concept, certain ideas don’t seem so strange – like hitching a ride inside a giant tuna’s mouth, or assembling a model boat and then steering it out to sea.

Although your play-space is tiny, A Fisherman’s Tale has all of the basics of VR locomotion covered. You can teleport a short distance, or snap-turn if you don’t want to move physically. Reaching for distant objects is handled by a button press, which will extend your wooden hands far enough to pick up objects off the floor. Utilizing the grip buttons will allow you to handle objects with relative ease.

Guiding you through these environments and puzzles is a gentle voice-over narration, so you’ll never really feel like you’re at a loss for what to do. The magical maritime characters you meet will also provide you with ample clues, leaving little downtime where you’re scratching your wooden puppet head. I only got hung up on two physics-based puzzles involving a crane in one scene and a lit match in the other. Still, a few minutes of trial-and-error made the feeling of frustration quite fleeting.

A few narrative scenes, including a brief prologue and epilogue, help break up the thoughtful puzzles. Some of these scenes even hint at what A Fisherman’s Tale could have been like as a much larger narrative, especially a scene where you take your fishing boat out onto the open sea. What would it be like to trawl for fish with a virtual sun beating down on your face? For now, it’s just the brief dream of a sleeping developer, until someone gets around to adapting The Perfect Storm for VR.

As creative, polished, and original as A Fisherman’s Tale is from start to finish, it’s also a brief tale. Much like The Curious Tale of the Stolen Pets, A Fisherman’s Tale is brimming with confident and elegant design. Still, it’ll take you barely over an hour (if you leave the hints on, as per the default), and you’ll have little reason to play it more than once. It’s hard to judge a game that is so short and sweet because, on the one hand, we should acknowledge its excellence. Still, at the same time, gamers also expect a lot of entertainment or replay value for their money.

When a game is this engaging, it’s natural to want more levels, more puzzles, and more…story. If you’re going to support a game that is a delightful display of interactive artwork, spend the money on A Fisherman’s Tale (and don’t ask for a refund when you beat it in a day). VR tales like this might not be extended and drawn-out, but we can appreciate their originality and quality.

If you don’t mind that it’s a short playthrough, and if you value artistry and original puzzle design, give A Fisherman’s Tale a try. It’s a great introduction to VR puzzles and gameplay mechanics, suitable for a broad audience. It may give you a startling new perspective on the little lives of wooden puppets.

A Fisherman's Tale
TLDR : Summary
If you don't mind that it's a short playthrough, and if you value artistry and original puzzle design, give A Fisherman's Tale a try.
Concept
7.5
Gameplay
7.5
Graphics
7
Audio
8
Longevity
5.5
User Rating2 Votes
6.5
Pros
Exceedingly clever premise and puzzles
Quality graphics and voice-over work
Unique storytelling experience
Cons
Rather short
No extras or bonus material
Some quirky physics on certain puzzles
7.5
Sweet