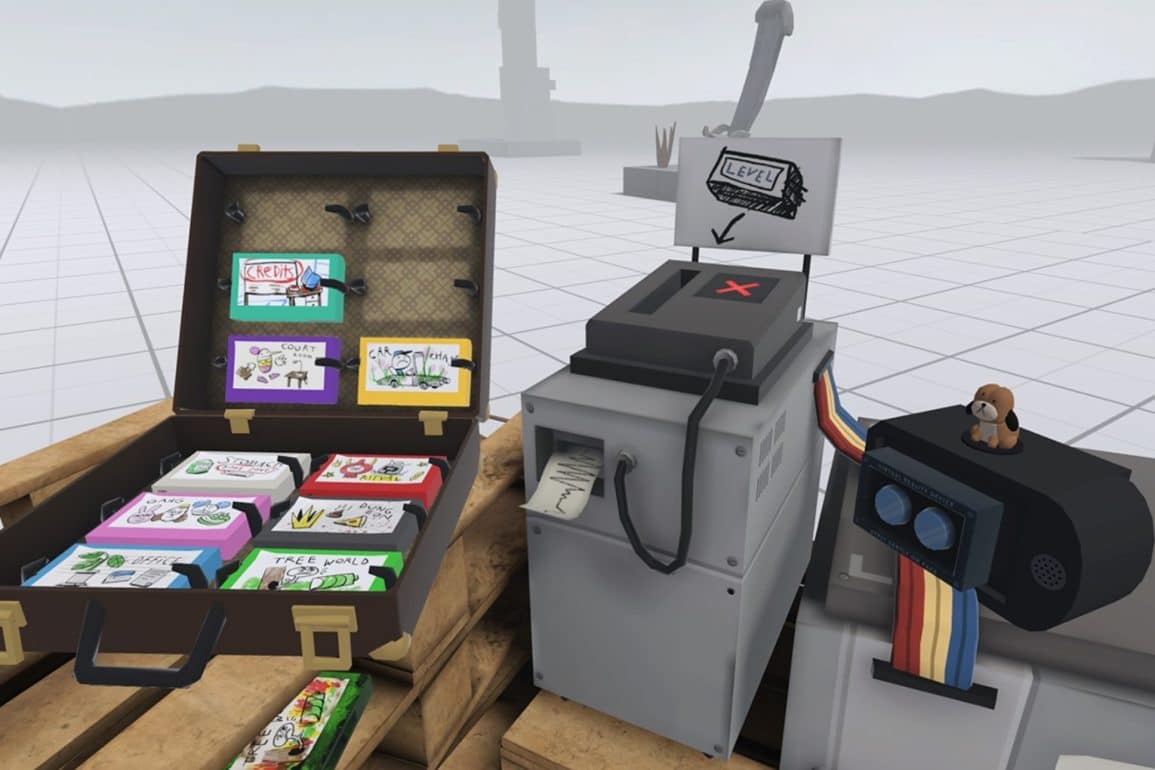 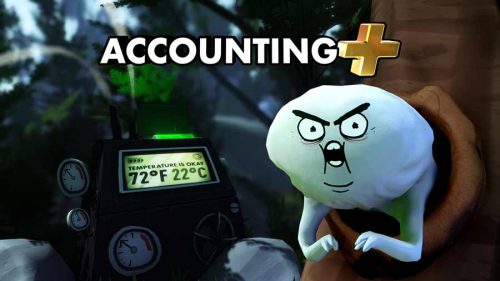 Accounting+ is a weird, creepy romp through a dark, cartoony dreamscape. Created by Crows Crows Crows and Squanch Games (the brainchild of Rick and Morty Co-Creator Justin Roiland), it is billed as a “Nightmare Adventure Comedy.”

Calling it a comedy is a bit of a stretch, as it’s not especially funny. Instead, it is incredibly bizarre and has lots of dark whimsy. To call it an adventure implies that there are stakes and a plot, but there are none. The game is full of characters that swear at you, ramble like madmen, threaten you, and discuss feces at length. This game has all the logic of a fever dream or a bizarre Rick and Morty episode.

Accounting+ is all about moving in and out of subsequent layers of VR space. It uses what I think of as a “dream inside a dream” framing device. In both its art style and storytelling mode, Accounting+ is reminiscent of Rick and Morty’s Lawnmower Dog episode: Instead of solving a bad situation, you merely escape into a deeper level.

You begin the game in an eerie accounting office, with towers of filing cabinets shrouded in mist. When you answer a ringing phone, you are told to put on a VR headset that rises from the desk. This will supposedly allow you to do virtual accounting, but instead, it sends you to a nature scene, where things get weird. This level, like most others, has you wandering around, trying to interact with different objects.

There is no real overarching story here, nor any character development. Each level requires you to pick up objects and use them so you can move forward in the game. For example, you have to throw a brick through a window, put a battery in the VR headset, or eat poop to summon Satan.

Some scenes contain conventional types of gameplay, like shooting at the police with a seed gun or pressing buttons in the right sequence. But many have you eating weird things, throwing things, killing yourself, or letting other people murder you.

Once you have gone several layers into the VR space, you must die to leave the area you’re in and move back towards the starting point. You’ll place your head in a guillotine, or shoot the gang member driving your van to cause a fatal crash. When you eventually reach the end credits, you must find a hidden pistol and blow your brains out to return to the start screen.

Each level is interesting to walk around, and you can interact with a variety of random objects. What really sets Accounting+ apart and increases its longevity are the hidden levels. Some you can access during your first playthrough, others only after you have reached the end credits of the game.

The hidden levels are by far the creepiest, turning the fever dream into a nightmare. In one, you meet an Accounting+ superfan who talks to you through the phone line on subsequent levels. This superfan is menacing and disturbing. In another, you have to approach a creepy black stroller and pick up a crying VR headset battery.

Accounting+ is an incredibly weird game. It is alternately confusing, creepy, and obscene. Sometimes it is all of the above. If you’re a fan of Justin Roiland’s more extreme work, there might be something for you here. Otherwise, try Beat Saber or Fujii instead.