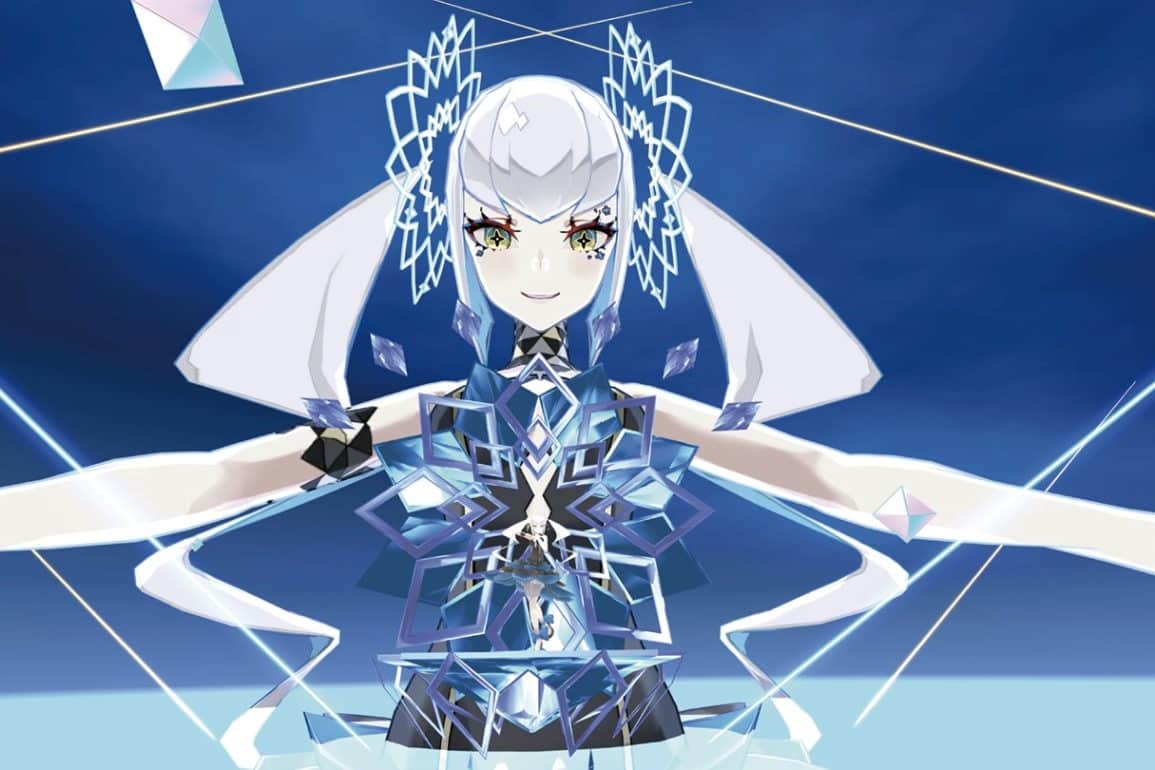 Tokyo: Chronos Gets a Sequel, But Is It a Game? 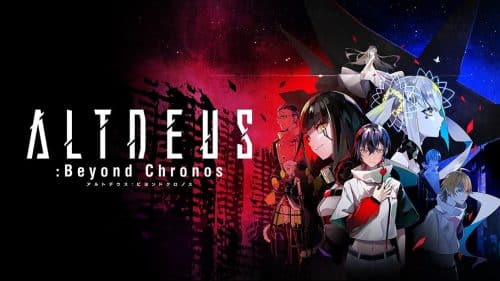 AltDeus: Beyond Chronos is the sequel to 2019’s Tokyo Chronos and the latest attempt by developers My Dearest to bring the popular genre of Manga to life through the medium of VR. Promising unique and immersive storytelling, AltDeus has lofty ambitions to revolutionise these popular graphic novels. As the art of immersive storytelling becomes more prevalent, will AltDeus manage to captivate, or will it leave you yearning for a hardcopy and a cup of tea? To find out, we need to head 200 years into the future…

[This review has been updated to include mention of the Ariadne mechanism which adds some depth to the experience on multiple playthroughs. The score remains unchanged – Ed.]

What is that elephant doing here?

I think it would be fair to start by addressing the elephant in the room. AltDeus: Beyond Chronos is not a game.

For all that it has been touted as such, the presence of actual “gameplay” is non-existent, so it’s essential to set expectations correctly early on. The player embodies the central character of the story and does influence it, the similarities to a game end there.

Instead, there are moments in which you will be prompted to make decisions, and these decisions will set different plot points and dialogue chains in motion. These moments arise sparsely and at pre-set intervals as do the action sequences. Your participation in these is relegated to a few “press these button in sequence” moments, or similarly underwhelming telegraphed interactions.

All that said, you never really “play” the game but rather watch as events unfold around you. It is more reminiscent of the old Choose your own adventure books of my childhood than anything resembling a game.

It’s high time for some Anime

It’s probably also worth taking a moment to highlight the differences between Manga and Anime for the uninitiated, as I will use both terms repeatedly. There is no doubt that a more nuanced definition exists but put simply; Manga is the term given to Japanese comic books and graphic novels, whereas Anime is the name given to Japanese animation (fans will most likely hate me for this oversimplification). I make the distinction because AltDeus: Beyond Chronos could be viewed as either of these or neither.

There was a time when, as a younger man, I quite enjoyed Anime. The wistful, esoteric turn of phrase that only the Japanese can produce coupled with subject matter that often questioned the very nature of perception were well suited to adolescence. That, and marijuana.

So, when I first received AltDeus, it instantly evoked memories of Neon Genesis: Evangelion, and it was with no small excitement that I entered the world beyond Chronos. Would I finally battle giant monsters whilst bonded, almost spiritually with my own mighty behemoth? All the while fighting with the innate nature of my own humanity? As it turns out, yes. But also, not really…

AltDeus: Beyond Chronos sees the player embody the role of Lieutenant Chloe, a formidable pilot of the Makhia, giant mecha tasked with protecting humanity from the otherworldly threat of the Meteoras. As the story progresses, you have a front-row seat as she struggles to process the loss of her best friend as well as her own complicated existence.

Set in a futuristic world where humans have been forced underground, natural beauty has all but been replaced by synthesised digital textures. AltDeus makes an attempt at holding a mirror up to several contemporary issues; however, the writing lacks some of the nuances of other pieces in the genre, and at times the dialogue feels graceless and ham-fisted. There was one particular reference to modern social media which was thrown in with almost brick-like subtlety.

There are also the almost obligatory references to a search for what makes us human, a narrative that pervades sci-fi inspired Manga. These are rather crudely examined through a mix of characters that include various synthetic beings and hybrid cyber-humans, all living among what remains mankind. All in all, it’s not terrible, but it’s been done before and more proficiently at that.

AltDeus does attempt to innovate its storytelling by offering a layered storyline which is accessed through multiple playthroughs. On returning to the game for a second time AltDeus introduces the Ariadne mechanism, which effectively allows you to re-enter the plot at various key points unlocked on each playthrough. Each subsequent run sees the story build in layers over the last, and to truly experience the full tale that the game offers you will need to dive back in several times. While it is an interesting idea, and the emotional impact definitely increases as you follow the story through the layered plot, it does little to counter the various shortcomings in the rest of the experience.

Although Ariadne lets you skip to key points there is still a significant amount of repetition to wade through and the frustrations of the first playthrough remain present as you progress. Couple that with the fact that there is very little indication for the player that this mechanism even exists, and it’s hard to see most people venturing deeper past their first run of the credits. Without the press information I had to hand, I absolutely would not have dived back in, and the prompts advising me to do so lacked enough impact to keep me involved beyond my initial encounter.

While AltDeus gains kudos for introducing a uniquely layered storytelling component, it instantly loses as much, as the technique also serves to highlight and reinforce the other elements of the experience which are lacking.

In theory, while the story proceeds around you, there are moments where the comic book world springs to life and you can participate in the action and influence the story. Although this is technically correct, these elements are in fact the most poorly executed elements of the game and far from making me feel immersed I often just found them frustrating.

For starters, there are just not many of them, or at least not many that have any real value. There are conversations where you will have the choice between a number (usually 2) of options which will open new dialogue chains, but very few of these will change the story. I quickly found myself going from trying to role-play my character, to choosing whichever option offered the path of least resistance.

There are also moments where your immersion is supposedly heightened by allowing you to view individual items in an area. Even this simple idea goes terribly wrong in at least one scene, whereby you cannot progress until you have looked at each item in the room. This includes reading a dry description of each, with appearances from such classics as “bowl of soup” and my personal favourite, “grape juice”. I don’t know how anyone could have thought that would be a useful technique for fostering engagement.

The combat, if you can call it that is literally a case of “put your hands here and press the button when the gauge says X”. I almost wish that they hadn’t bothered. I would rather just watch something spectacular without having my intelligence insulted. Interactive indeed…

Putting The Still in Still Life

I have always had a deep respect for the efficiency of Anime. With minimal actual animation, most Anime can convey movement and emotion far more effectively than many other flashier formats. This works particularly well in 2D, but it doesn’t necessarily translate so well once you find yourself inside the story.

AltDeus has a simple visual style that draws heavily on the traditions of Anime, utilising cell-shaded characters and very flat textured backgrounds. This may even be a deliberate reference to a world which is primarily overlayed with digital textures. Still, whatever the reason, AltDeus: Beyond Chronos puts you in a bland and unappealing environment that quickly becomes stale. The game seems unsure whether it is putting you inside a manga or Anime and somehow teeters awkwardly between the two, not managing to capture the strengths of either medium.

There are only about a half dozen environments in which the story takes place, none of which were particularly awe-inspiring. In great Anime, the quality of the background artwork usually props up the minimalistic animation style and adds to the visual resonance. Here, however, this is entirely lacking. Given that the character animation and interactions with the world are extremely limited, I found my attention wandering in short order.

I realised about an hour in that I had started reading the dialogue rather than listening to voice acting and was skipping ahead rather than waiting for the actors to catch up. It was at this point that I realised that the attempt to envelop me in the story had failed and that I would have been more immersed had I merely been reading the actual graphic novel.

I do think that a special mention should be given to the voice actors that performed this piece though. Often the English voice-over work on anime titles leaves something to be desired, but the voice acting in AltDeus is surprisingly good. I particularly enjoyed Professor Julie, whose borderline mad scientist was just the right mix of unhinged intellectual and petulant Japanese pop star.

AltDeus: Beyond Chronos is a well-intentioned but insubstantial attempt to bridge the gap between graphic novels and animation by immersing the viewer directly into the story. Sadly, it falls short of its ambition, and despite adequate writing and performances, it just doesn’t offer anywhere near enough interaction or substance to land the concept.

At around two and half hours to complete the shortest story tree, with at least another ten hours in total should you explore all the different choices, AltDeus can be a long experience for those who might enjoy exploring all the alternative endings. That said, this is one instance where being inside the story doesn’t necessarily make it more engaging, so I would only recommend it if you happen to be a big fan of the genre.

AltDeus: Beyond Chronos
TLDR : Summary
While not terrible as a story, AltDeus: Beyond Chronos lacks the level of interaction and innovation required to really justify it as a better way of enjoying Japanese pop storytelling. It clearly draws inspiration from both Manga and Anime but fails to capture the elements that make either format great.
Concept
5
Gameplay
2
Graphics
4
Audio
6.5
Longevity
4
User Rating0 Votes
0
Pros
Divergent storylines
Decent voice acting
Ability to skip through dialogue
Cons
Limited interactions
Boring visual environments
Plot can get bogged down
4
Misguided
Get it on the Oculus Store
AltDeus: Beyond Chronos