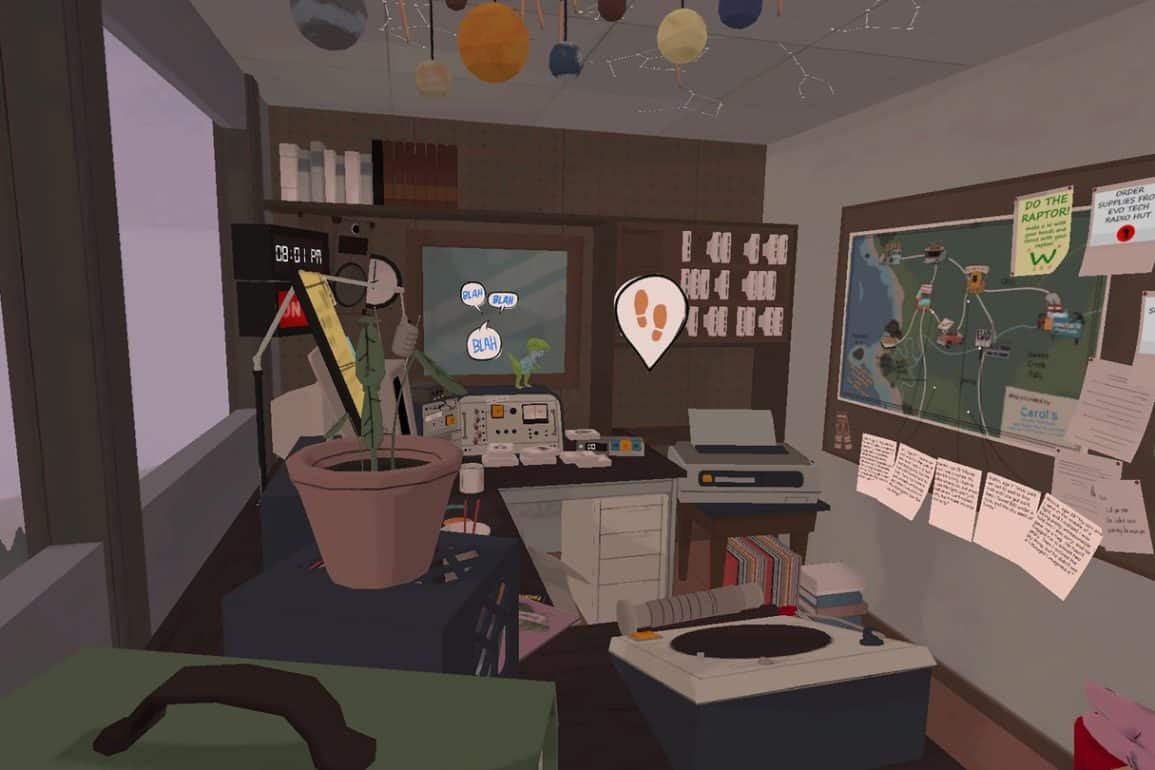 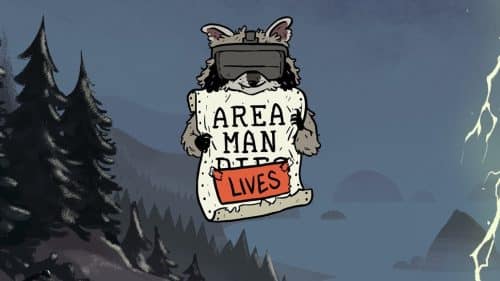 Despite its title, Area Man Lives might as well be called Area Man Dies since that is precisely what will happen, in various ways, throughout your attempts to help the poor man survive.

Area Man Lives begins by putting you in the role of a Radio DJ called Taylor. As Taylor, your day starts off like any other, playing songs on the radio, taking calls from random listeners, and throwing commercials at your not-quite-captive audience.

Soon enough, though, things take a turn to the dramatic, and you find yourself participating in a narrative puzzler that has as much in common with Bill Murray’s Groundhog Day as it does with the 1971 movie Vanishing Point while feeling very much like a radio drama.

What Day Is It, Again?

I’m pretty sure most of our viewers are familiar with Groundhog Day, where Bill Murray finds himself trapped in one day that keeps looping back on itself. In Area Man Lives, the story has multiple paths that diverge, and depending on which paths you choose, the Area Man, played by New Girl’s Max Greenfield, either lives or, far more commonly, dies. He dies so much that if this were an action game, it would be a SoulsBorne game, but Area Man Lives isn’t an action game, so forget I said that.

Your task as Taylor, the Radio DJ, is to help Area Man survive, and this is where the similarities with Vanishing Point come in. Excuse the digression, but if you haven’t seen Vanishing Point, I highly recommend it. In the movie, a car delivery driver called Kowalski gets chased by an ever-increasing army of police officers as he tries to win an utterly unnecessary bet to deliver a car earlier than needed. While doing so, he listens to a Radio DJ called Super Soul, played with elegance and panache by Cleavon Little. A strange, almost psychic bond develops between Kowalski and Super Soul, with the latter championing the driver and trying to help him get away from the cops and past the roadblocks they put in his way. The movie was further immortalized by Axl Rose in the Guns N’ Roses track ‘Breakdown’, during which Axl recites a whole section of Super Soul’s heartfelt radio missives.

The point is, the Area Man in Area Man Lives takes his cues from you, Taylor, and you find out as the game progresses that actions you take in the studio directly impact events happening out there with Area Man.

Area Man Lives, more than any game I’ve ever played on Quest, relies on voice acting, and it boasts a great cast. Aside from Max Greenfield, the game features Ronan Farrow as a bumbling news reporter and Community’s Joel McHale as John, a random man with a missing and very pregnant wife who finds himself caught up in Area Man’s adventures. Linda Joy, who I believe voices the narrator, also delivers the narration with a charming degree of irony and wit.

You, yourself, as Taylor, have extensive speaking parts, and the game relies on you to use the microphone quite often; you launch the game by speaking, you talk to callers when they call into the station, and you have occasional interactions with Hank, the station’s producer, as he talks about his life, and how he wishes he were a father.

Forks in the Road

Area Man Lives has a good story, excellent voice acting, and an interesting concept. It also manages to wax lyrical and create a real emotional connection at times, and even this jaded reviewer couldn’t help but feel involved as the story came to its conclusion.

The real problems with it occur on the game design level, and some technical issues cause it to be far more frustrating than it should be.

All time-loop games or movies run the risk of repetitiousness, and, despite trying to lessen the problem, Area Man Lives still suffers. In films, time-loops avoid repetition by changing the focal characters or by having events diverge early enough that you don’t see too many identical sequences. Movies are also very good at recapping repeating events with quick edits that snap you back to the moment when something is about to change. They maintain your interest, you know you’re in a loop, but you’re always taken to the exciting moments.

Area Man Lives tries to solve this problem by abbreviating the dialogue between characters when you repeat a sequence. However, you still have to hear the narrator’s introduction each time, and the conversations, although abbreviated, cannot be skipped or speeded up. The game also has you repeat the first move every single time, even though the branchings occur after that first move. All these repetitions combine to frustrating effect, and by the third time you hear the narrator tell you what Area Man is thinking, you’ll want to take off your headset and throw away your controllers or put on Pistol Whip instead.

The other problems with the game are generally technical. Sometimes your finger pointer doesn’t register, and you find yourself unable to grip or activate things that you should be able to handle. A particular box had to be opened at some point, but because I tried and failed to open it earlier in the game, I assumed it simply couldn’t be opened. This issue alone meant I wasted about thirty minutes during the game’s last act.

Of course, another issue to consider, but this applies to all narratively driven games, is that once you’ve played it through, you’ll almost certainly never want to play it again unless you’re an absolute completionist who really can’t go to bed before knowing all the different ways Area Man really could have died.

Area Man Lives offers an interesting concept, great voice actors, and a touching story but suffers significantly from some issues that could easily be remedied with updates. Dialogue needs to be skippable, VR controls need to work flawlessly, and the single action sequence it contains needs more polish. If you’re going to give us some action, go all out.

As it stands, it’s a quirky puzzler that, although eventually rewarding, can get very, very tedious.