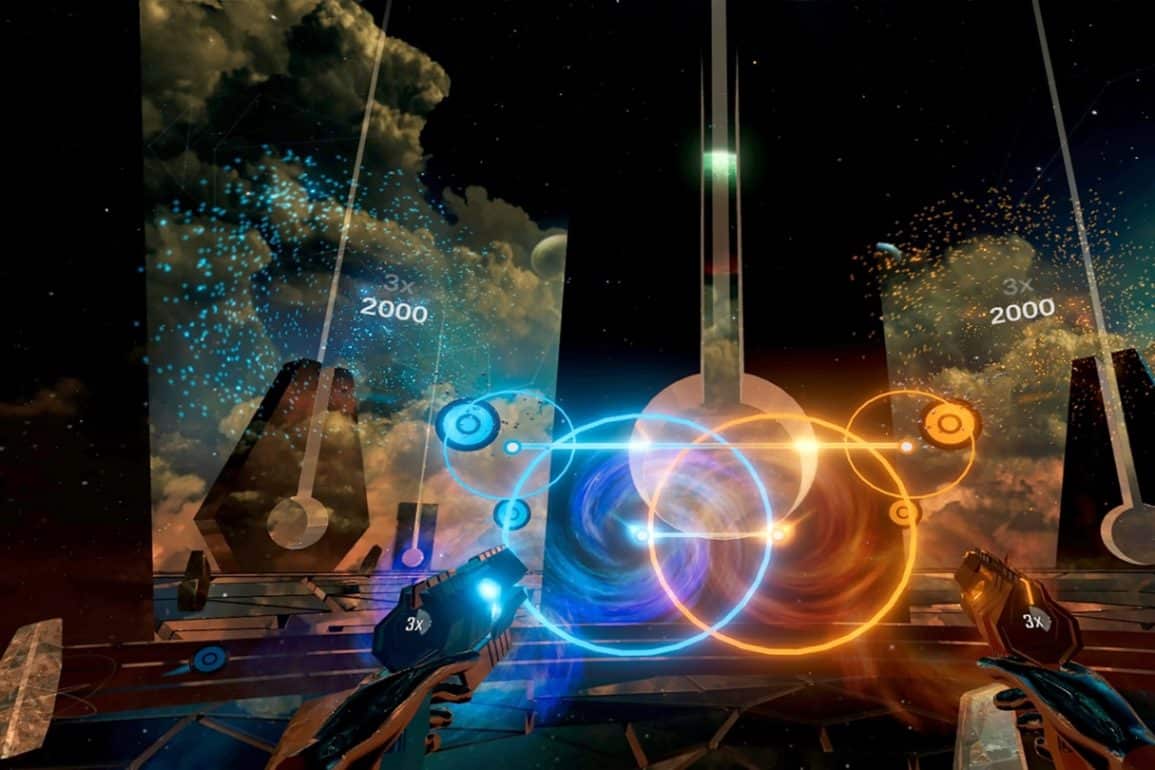 Harmonix Bring Their Game To Quest 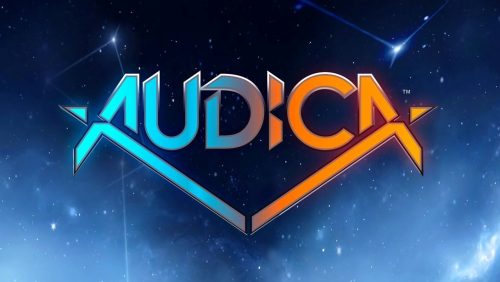 The folks at Harmonix are the most successful and popular videogame developers when it comes to rhythm action games. Guitar Hero is a wildly successful cultural milestone, familiar to people who don’t even usually touch games per se. Now their latest experiment with the formula of zapping notes arrives on the Oculus Quest. Can the masters of the genre bring their magic to bear on VR?

THANK YOU FOR THE MUSIC

I first played Audica last year, when it surprise-released in Early Access on Steam. I am not a huge player of Harmonix’ earlier games, although I’ve always enjoyed them and found them to be extremely polished. I was excited to see such a reputable developer flexing their muscles in VR, particularly as the medium is dominated by the mighty Beat Saber. What I found was a delightful and different rhythm action shooter that scratched a slightly different itch, but which definitely needed more content. I was excited for the Quest version for obvious reasons, and it has arrived in a far more complete and exciting state on the wire-free system.

AIM FOR THE STARS

Rather than trying to put you in the shoes of a guitar god, Audica goes for the kind of healthy abstraction first deployed in Amplitude. In VR, you are a disembodied presence with only hands and guns which have blades running down the sides. While standing in a stylised cavernous space, you shoot incoming targets corresponding to the colour of each hand, as close to the beat and as close to the centre of the target as possible. Some targets must be ‘held’ by keeping the trigger depressed, letting a stream of energy lock on and be swirled around so the player can change the pitch of the note. (This feels very close to what I’d imagine using one of the proton wands in Ghostbusters would feel like were they real). There are also spinning mines to hit, resembling malevolent disco balls, and targets which spawn little tails to follow with your beam, creating additional beats. That’s the basics, and you’re introduced to them with a no-nonsense, highly effective tutorial which acts as the perfect, hors d’oeuvre for the main course.

There are a fair few tracks on here, all roughly in the genre of electronica, with a few diversions. This is befitting for the abstract nature of the setting and concept and focuses more on the ambient than Beat Saber. Interestingly it does share a track in common with the mighty laser-sword hitty block game, K/DA’s Pop Stars, and playing the song on both titles is a perfect example of how two very different but talented teams can approach a genre and make it their own.

The game can be played by tackling the tracks singly from the song list, or in the campaign mode which will unlock more environments and tracks as you get higher scores. There’s a needless and disposable attempt at giving the proceeding a narrative of sorts in the campaign mode. Still, the occasional click through a text box when you move to a new location will soon render that a distant memory. It’s not poorly written, it’s just utterly pointless and thankfully easily ignored.

At the end of each track, you are scored on your accuracy, timing, and combos without making any mistakes. It shows you targets so you can see how many of your shots were bang on or wide. This can be a humbling experience. The more accurate you are, both physically and temporally, then the higher up the online leaderboards you’ll go.

The game feels extraordinarily good to play. Having guns rather than a specific instrument to play means Harmonix can choreograph your movements between beat, melody and instrument depending on what feels right – there are few better feelings in VR than using your ‘Ghostbuster’ stream to hold notes whilst also blatting away mines. The way that these simple ideas are combined in ever-more rewarding and challenging ways is fantastic. There are difficulty levels to suit everyone here. Like any good rhythm game, it has an addictive cycle of improvement and difficulty, which makes you feel like you’re levelling up your brain and dexterity. Higher levels bring new gameplay conceits, like having to shoot notes with your guns held at a certain angle. Campaign mode introduces all sorts of tricksy modifiers to test your mettle, like invisible guns, targets which appear and disappear more quickly, and brilliantly physical challenges like having to move your arms a certain distance while playing. That’s right – Harmonix not only want you to dance like some space assassin made of pure energy, but they can also make you do it. Or at least make you look like a flailing gibbon while you’re playing.

I must also make a shout out to the superb Group Play mode, which doesn’t just let you pass the headset round to compete against friends, it lets you quickly and easily set up individual players with their own names, heights, and even customised gun colours. It’s a really well thought out feature, perfect for parties and gatherings.

Audica is an absolute triumph, a Swiss watch of a rhythm action game that is a gold standard for VR. Addicting and perfectly judged gameplay, mostly great music and a sublime feel combine to make this another must-have jewel in the Quest’s rapidly top-heavy crown. Whilst sharing a stable with Beat Saber and even Pistol Whip, it has a flavour and a challenge all of its own and is utterly essential for any fans of music games in VR.

Audica
TLDR : Summary
Audica comes with an impressive and successful pedigree, which it more than wears on its sleeve. An addictive, empowering and sublimely well-wrought music shooter which is an exemplary model of a genre that its creators helped to form. A solid but very different rival to Beat Saber, it's yet another game that's found its perfect home on Quest.
Concept
9
Gameplay
9
Graphics
8
Audio
8
Longevity
8
User Rating6 Votes
8.5
Pros
Stylish, polished and slick
Some superb music
A total blast to play
Excellent Quest conversion
Cons
A couple of naff tracks
It doesn't need a story
9
Bullseye
Get it on the Oculus Store
Audica