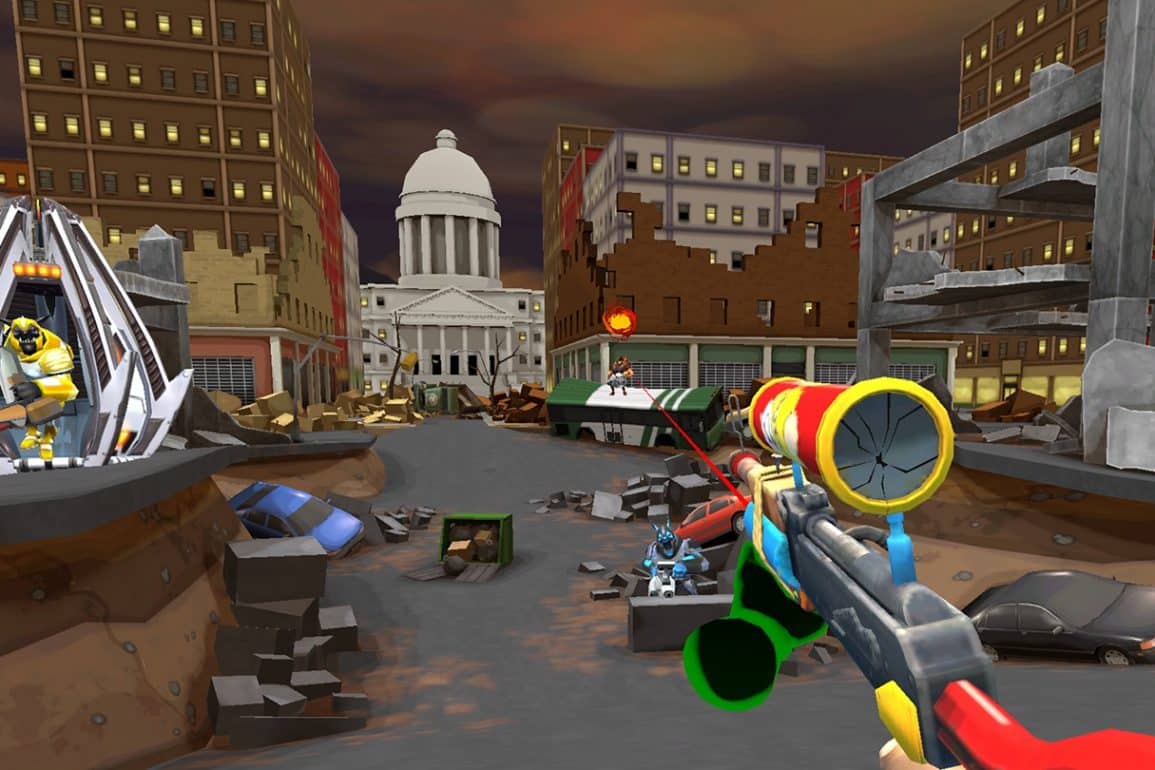 For Those Who Want An Endless Runner On Quest 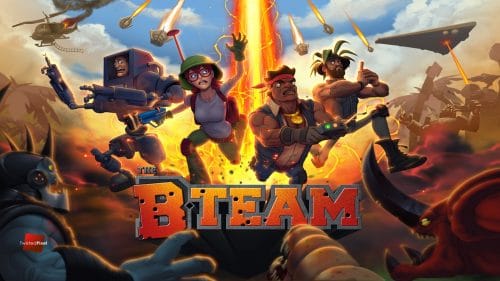 Well. Well, well, well. I can only presume that the karma of a sordid past in a previous life is now catching up with me. It apparently falls to me to review B-Team. Which means I’ve had to play loads of it, to give it a fair crack of the whip. Which is, I suspect [SPOILERS] more than the people who made it have done.

B-Team is an ‘endless runner‘ game, a weird sub-genre beloved by absolutely no-one on mobile platforms, and which contains only a couple of decent games in a sea of forgettable and offensive cack. They are usually free-to-play, fun-free cash grabs. But this one is in VR and costs money.

In B-Team, you pick a level, which you automatically run through from a first-person perspective, pressing left and right to (slowly) avoid obstacles and picking up medals for points. But wait, there’s more. To navigate certain obstacles or enemies, you can select different ‘characters’ to switch to with the right stick, and then the trigger to activate the ability of that character. The ‘leader’ has a lock-on missile system to shoot baddies, the ‘heavy’ has a metal exoskeleton to punch them, the ‘ranger’ can see a path through challenging terrain. The ‘whatever’ can jump. I apologise because I’ve already made that sound a lot more involved and exciting than it is.

In practice, the game could have had one character to do all these things. Separating them into different abilities to select just seems like the game is trying to justify its whisper-thin existence.

The characters are vapid, generic spoofs of tropes, which would only work if they were well-written or funny. As it is, it seems like the work of aliens who’ve only had Uwe Boll films to watch in order to research satire. It’s all so generic and ill-thought through, with not even the depth of the 80s cartoons and movies it wants to knowingly spoof. Occasionally the cast will spew vapid and unfunny one-liners so pointless that you’ll marvel at the fact that the lines were recorded at all.

I PROMISE I’LL BE GOOD

Not that this matters, because there isn’t a single aspect of this game that is well-realised or fun. The graphics are terrible. Not only does it look simple and poorly realised, but the game also has the sheer audacity to have frame-rate stutters. Everything feels slow and treacly – running has never felt so slow. The animation is laughably bad. Some aspects of the UI and pickups are realised in an 8-bit style, presumably to try and engender some sort of retro vibe, but it is totally at odds with the art style, such as it is, of the rest of the game.

The sound design is similarly woeful. Sometimes there’s such a lack of audio-visual feedback for the actions you perform that you don’t really know if you’ve done anything. At best, the music and sounds effects are just instantly forgettable.

There’s no sense of movement. No fun. Just glitchy graphics jerking past while you occasionally press a button and try not to get a headache. Most players won’t get past the staccato, needlessly wordy tutorial level. Hitting ‘refund’ on Oculus store is the most rewarding button press you’ll have from this game. Get something good instead.

B-Team
TLDR : Summary
It's barely believable that this kind of dreadful, low-rent, graceless mobile-style endless runner has been vomited into VR. B-Team is the opposite of a proof-of-concept and thoroughly awful.
Concept
1
Gameplay
1
Graphics
3
Audio
2
Longevity
1
User Rating0 Votes
0
Pros
Oculus refund policy
Cons
Everything else
2
CRAP
Get it on the Oculus Store
B-Team