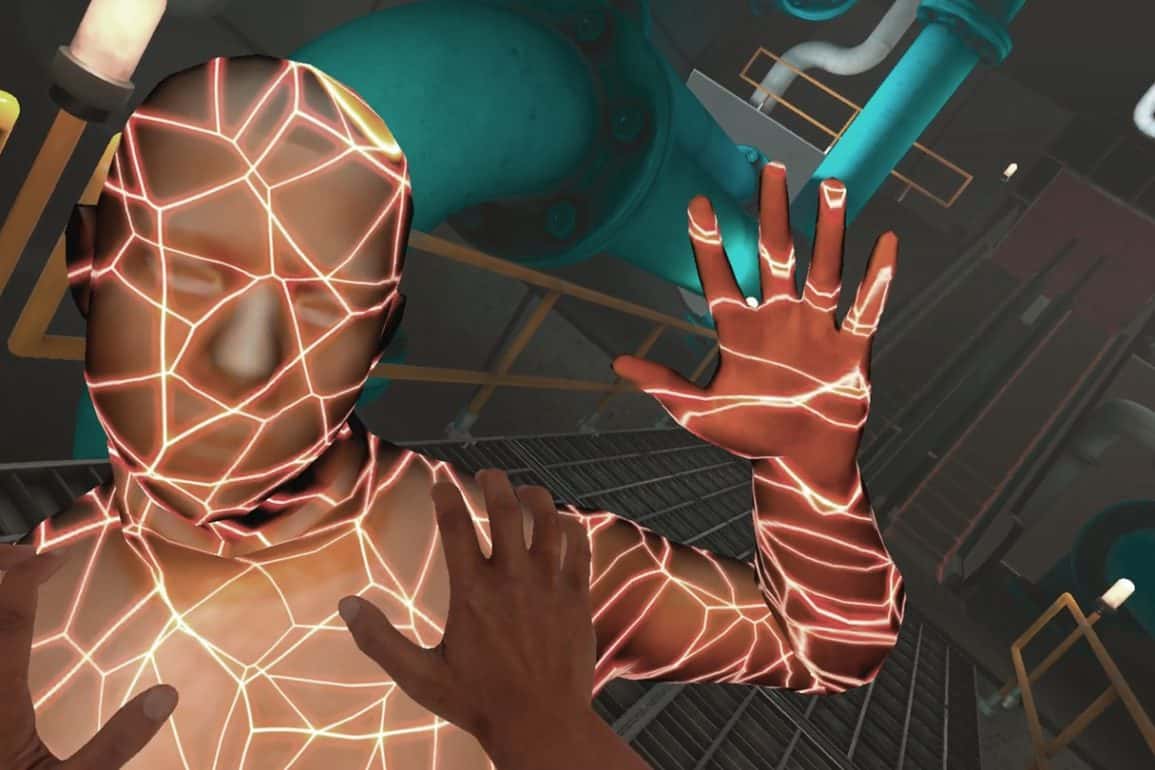 Not Quite The Future You've Been Waiting For 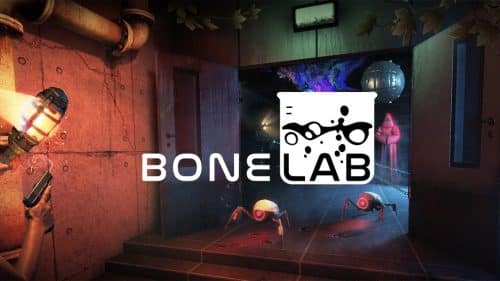 If you follow VR news at all, then you can’t have escaped the ridiculous hype juggernaut surrounding Bonelab. It’s been hailed as a system seller, the Halo of VR, the future of VR. Well, it’s out now, and as one of the few channels that haven’t surrendered to the temptation of breaking the review embargo or drowning Youtube with frenzied, frothing clickbait, we’re ready and willing to give you our honest thoughts on the game.

IT IS WHAT IT IS

First up, a bit of context. Most of us have experienced the syndrome where we don’t engage with a piece of media simply because of hype or popularity. I, for example, have still never watched Game of Thrones. Sometimes this turns out to be justified – my first rodeo as a professional games reviewer was Driv3r, an overhyped mess quickly vilified by the press and public alike with good reason. Sometimes, however, because I’ve been allergic to the popularity around something, as a punter, I’ve missed out on some gems until comparatively late in the day. Fight Club, Breaking Bad, and Super Mario 64 are a few examples from my personal list of shame. I’d already grown weary of the hype train around Bonelab months ago, but knowing I was reviewing it, I tried to remain as objective in my opinion as possible. I set out to review the game as a first-time player with as few preconceptions and expectations as possible.

THE EMPEROR IS NAKED

Well, here goes nothing. I think Bonelab is crap. I think it’s crap for many reasons, which I’ll try to go into here, but the main one is that it feels bloody awful to play.

I’m not here to review a game engine, its ‘potential’, or what it might be like in a few months when the modders have taken it apart and reformed it. What we have now is a messy, janky, hugely overpriced sandbox which thinks it’s far, far better than it is. Nearly every single design decision here is wrong-headed, and it all stems from the fact that interacting with the world and inhabiting it is borderline unpleasant. On the Quest, at least, the engine does everything it can to convince you that you aren’t playing it properly or holding the controllers right and that you don’t get it.

NO NOOSE IS GOOD NOOSE

I don’t really give a shit about spoiling the game because it does that itself. But we won’t show the game’s opening out of sensitivity, so here is a trigger warning. I’m going to discuss the intro level, which contains some content that might be disturbing. If matters around suicide or self-harm might be upsetting for you, please skip forward to the next time stamp. Still here? OK. One of the very first things you do in Bonelab is walk up to a rope noose and physically put it around your neck. No trigger warning, and no option to skip. You don’t have to be a qualified psychologist to ascertain that this might be a pretty irresponsible thing to put in a game, particularly with no establishing narrative context. I am a qualified psychologist, and I can say with some authority that it’s a dick move. It doesn’t contribute anything beyond giving edgelord content creators something about which to say ‘that’s sick, man’ as they pretend high-five their anti-woke fans.

Even if this doesn’t bother you, the fact is that what should be a showcase tutorial level highlights everything that’s turd about BoneLab. Standing naturally with your hands holding the Quest controllers makes your hands look like they’ve had fingers broken. Using the analogue sticks to move or jump makes you waggle your thumbs, and it looks ridiculous. Movement feels imprecise and unpredictable. Objects have no sensation of mass, and clipping and sticky objects abound, making melee combat a flailing chore. The holstering/inventory system feels inept and counterintuitive. It’s like Stress Level Zero have compiled everything wrong with most VR games and then genericised everything it found until Bonelab became demonstrative of the least enjoyable ethos of any given category.

ONCE UPON A TIME

Just as the narrative portion of the game gets going, it stops. Then dumps you into a hub where you are forced to experience the different mini-games, moddable content and subsections of the game before you move on. The flow is appalling. Imagine completing the first chapter of Half-Life 2 and then being dumped in a Garry’s Mod bowling level. According to the press release, the devs don’t want to ‘hand hold’ and want to concentrate instead on ‘player agency’. This is a mistake because the awful, rubbery feel of the game engine does not encourage experimentation or exploration. It’s all a chore. Parkour is a nightmare and yet has its own section. Puzzles are either overwrought or insultingly simple.

Time and time again, the game presents you with physical interactions that would be far easier to perform in real life. VR should be about empowerment and immersion. It’s a long time since a VR game has made me so painfully aware of the gulf between my corporeal presence and my avatar. Try climbing or grabbing something, and you’ll invariably end up pulling an ammo clip from your holster, which you can’t just put back. Navigating the tops of ladders and other climbing points is just nasty. So on, and so on.

And everywhere, the off-brand Valve Software feel persists. From the robot versions of headcrabs, the gas-masked soldiers, the gun turrets, the buttons… It thinks it’s clever and meta like Portal, but it doesn’t come close to the cleverness in design, narrative or feel that Valve is capable of. Level after level of unenjoyable dross goes by, occasionally throwing in a pseudo-edgy plot point. THE FUTURE OF VR scream other channels. So why, in the name of Gordon Freeman’s left bollock, do we have an on-rails minecart shooting level? Does the future of VR reveal itself before or after the ‘Street Puncher’ section, which actually plays far worse than Drunkn Bar Fight? Am I too devoid of vision to see that the future of VR lies in endless bland corridor gunfights against dumb, shuffling crash test dummies that constantly fall over themselves? If so, I’ll stick with the past of VR. Things like Half-Life: Alyx. Or Superhot. Or Sairento. Or, you know, anything else which actually feels great to play.

CACK OF ALL TRADES

There isn’t a single thing that Bonelab does better than other games, and most of those other games can be bought far more cheaply, and a lot of them are even free. Gunplay is OK but completely unchallenging. It’s also quite challenging to reload some guns without your avatar looking like they’ve got some sort of degenerative bone disorder or moving like a dainty princess.

By Andrew Anderson
In Apps

Melee combat is terrible and weightless. Climbing is horrible.

I’m not impressed by the engine, either. Whilst it looks better than a lot of other Quest games, the frame rate can be chuggy, and some textures literally look like they’re from the original PlayStation. I can’t express how ungainly the avatars look whilst doing practically anything and how immersion-breaking this is. The dev team have obviously watched some Youtube video or Blu-Ray extra where an ex-Navy Seal has imparted wisdom about firearms training whereby the trigger finger is kept against the body of the gun and only rests on the trigger when firing. The result is that whilst your in-game hands waggle and twist when moving around, your trigger finger doesn’t curl around gun triggers until pressed all the way in, despite what your hand is actually doing on the controller. Nothing seems to have been thought through from the right direction.

And don’t get me started on the music. It veers between parping monstrously and screaming electronic dirges. The game only scores as highly as it does because you can turn the music off.

Bonelab is a howlingly empty, malformed experience. Yes, in terms of the possibilities that may present themselves with modding in the future, it’s a little more promising, but the same could be said of VR Chat, and that’s free. It doesn’t matter how scaleable the worlds are or how many avatars you can inhabit if it all feels so dreadful to play. I have nothing but contempt for other channels that have built this up because there are other, smaller, more original titles that are quietly perfecting VR as a game medium and are well worth championing. (They’re also a fraction of the ridiculous price being charged for this). Instead, the hype machine is in meltdown, hungry for clicks, over an unoriginal, vaguely unpleasant engine in search of a nucleus or a decent plot. As it stands, and until the community makes more of it, BoneLab is, genre by genre, outclassed by many similar games, many of which are free.