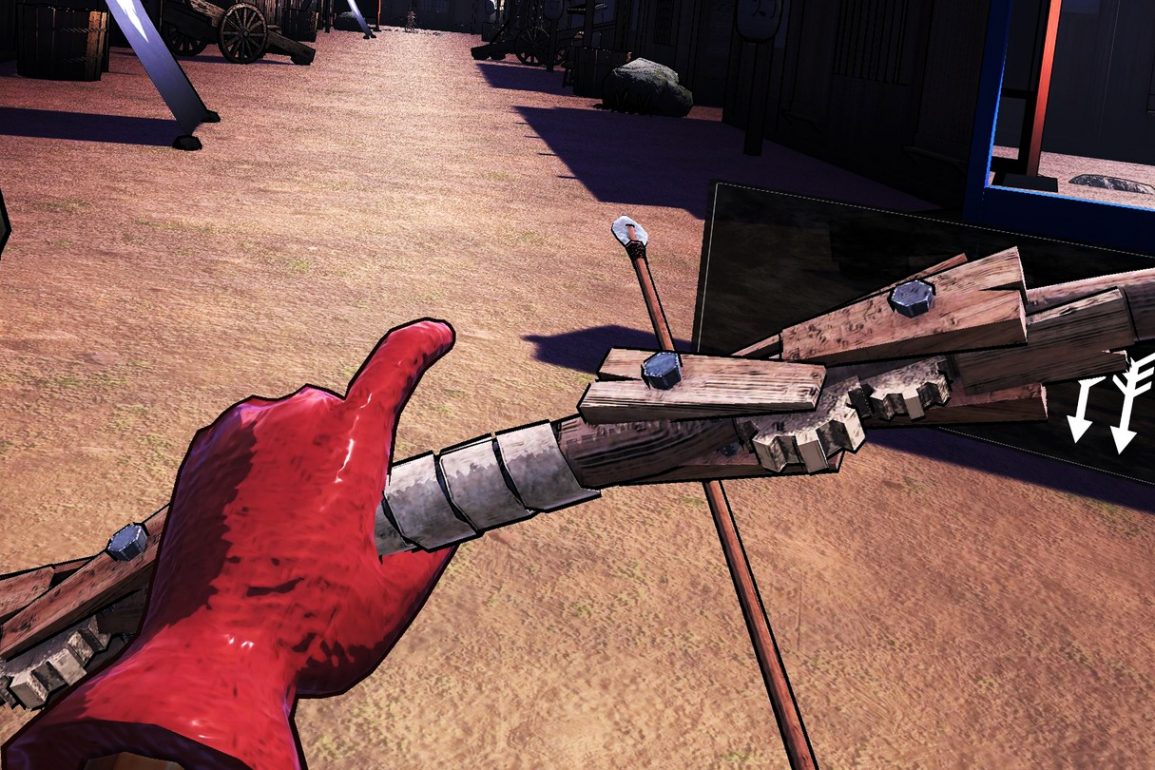 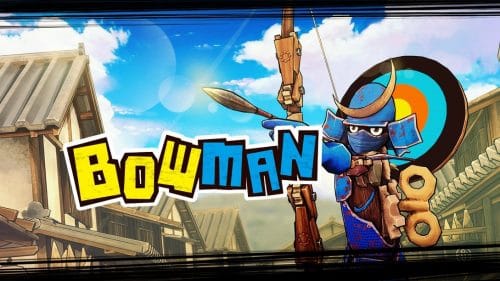 Bow Man brings another archery game to the Quest. The Quest has already seen a few of those (see Elven Assasin, Holopoint, Ninja Legends, and In Death: Unchained) since archery is one of the most straightforward and most satisfying VR genres due to the intuitive nature of the sport. If like me, you’re addicted to archery, you’ll appreciate that Bow Man tries to distinguish itself by highlighting the eastern style of shooting an arrow from the outer side of the bow. It is definitely nice to see a change from the norm, though Bow Man‘s claim of its bow being a traditional Japanese yumi is a bit of a stretch.

Hanging by a Bowstring

For starters, drawing the bowstring on the historically asymmetrical yumi requires your hand to extend past your ear. That’s almost impossible with the Quest’s forward-facing tracking. Nonetheless, I got in the habit of pulling my hand back until my controller lost its tracking and froze my in-game hand. This allowed me to aim freely without any shakiness. Therein lies another unique aspect of this archery game, which is the floating reticle used for aiming. While it is frustrating that this reticle cannot be disabled, it does come in handy later on as you try to gauge the effect of wind on your arrows. You will eventually find an aiming method that suits you, especially since that is all there is to do in the game. Bow Man can be played seated. Apart from shooting, leaning to the side is enough to dodge the occasional flight of arrows shot by your mechanical samurai counterparts.

I Think I’m Turning Japanese, I Really Think So

You can also block arrows shot by your steampunk foes with an armguard. This results in a satisfying thunk that far outweighs any satisfaction gained from returning fire. The stylings on the wind-up enemies match closely with your own character’s design, building on the steampunk samurai motif as you knock them down and progress through the levels. An element that adds to the feeling of progression is the shift from day to dusk and then to nighttime. These decidedly sudden transitions bring a welcome change. You will remain rooted in place facing an empty street lined with near-identical buildings of Asian design and banners of Japanese script from the moment you load the game. Despite this, the broad street and absence of life give the distinctly Western vibe of a cowboy film, further accentuated by the low-poly sand stretched across the ground. The game combines Kanji and English words alongside Japanese voice acting to instruct you as you progress. Additional audio cues further cement the Japanese theme, with a repetitive oriental soundtrack and the game’s version of a Wilhelm scream emanating from the clockwork enemies.

It’s worth mentioning that there was a noticeable performance variance between Quest 1 and Quest 2, with the former having near-constant audio jitters and tracking issues. Even without performance issues, Bow Man misses the mark in several key areas. The tutorial system may highlight the game’s basics, such as the armguard and aiming mechanics, yet it fails to cover other crucial elements such as the difference in AI levels and how this corresponds to their health and shooting abilities. It also fails to mention the power shot ability for shooting through multiple targets or the wind mechanic’s existence and how to measure it. While usually, this might be difficult to discern, here, it is merely frustrating. Anyway, it’s discovered quickly enough due to the repetitive nature of the gameplay. Additionally, ignoring this repetition, the Versus mode uses an entirely different version of the “Ready, Set, Go” present in the Solo mode. The time between starting a game and actually playing is also extended due to constant pop-up notifications.

Versus mode involves no multiplayer aspect but pits you against an AI and uses your score to rank you against other players. No precise information is given on how this score is calculated or even how to improve your ranking. However, you can compare how well you did, unlike the Solo mode, which boasts an incredibly simple scoring system with almost meaningless measurements. With a standard point system and a star system reminiscent of mobile games like Angry Birds, the Solo mode challenges you to beat your previous score. Yet, the challenge in this mode is sorely lacking. I achieved the 3-star maximum on over half the levels in less than an hour and felt little desire to return and improve the total point score.

Bow Man feels much more like a cash grab than an attempt to showcase traditional Japanese Yumi archery. Developers DMM took a shot but fell short of anything worthwhile. Bow Man has no engaging gameplay to keep players coming back to the game.