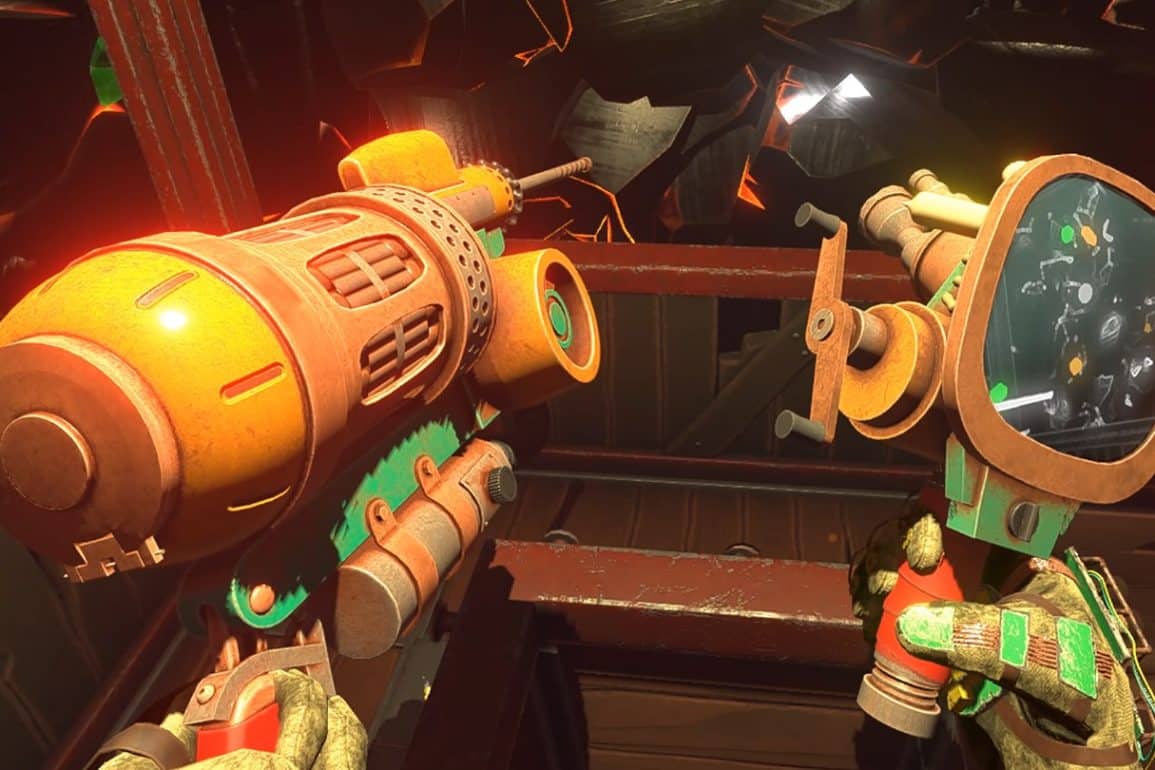 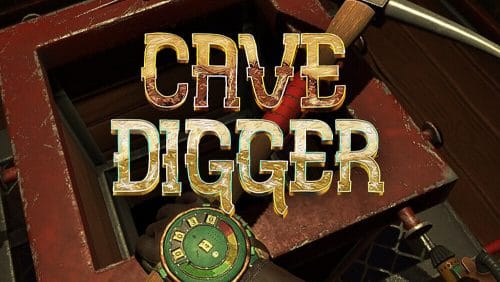 A job application in the world of Cave Digger: Riches might read: “Seeking one virtual miner for an underground treasure-seeking expedition. Actual minors are encouraged to apply since the environment is generally nonthreatening, and child labor laws do not apply in VR. Must enjoy repetitive manual labor, including pickaxe swinging, oil drilling, and lugging precious gems. No experience with explosives required. Company health insurance does not cover dynamite-related incidents or ill effects from consuming underground fungi. Can you dig it?”

If this pitch sounds appealing to you, then take it from someone who’s already been down in the mines: Cave Digger: Riches offers a mixed bag, with a few scattered nuggets of gold and a lot of rocks. The central premise is strong, and you’ll uncover some delightful secrets and off-kilter humor, but it’s not always worth digging through the rougher parts of the game.

Working in a Coal Mine

Initially, Cave Digger: Riches takes place in an elevator, where you’ll descend for timed excursions beneath an old-timey, Western-style saloon. With a limited supply of oxygen, you have to quickly swing your pickaxe to chip away at rocks and reveal chunks of gold, diamonds, and other precious minerals.

As gems rain down, you’ll have to chuck them into a receptacle placed in the middle of the elevator so that you can trade them for cash. Disappointingly, you can’t just leave them on the floor, because every time the car moves up or down, your loot will simply vanish.

This requires you to keep a hand free for collecting gems, which slows down the process quite a bit. You can also buy upgrades like dynamite and saws, and you’ll constantly have to switch tools by throwing them on the floor or hanging them from your belt.

Using these specialized tools, you can drill for oil or saw out precise patterns to release rare objects. The tools aren’t the most intuitive to use, forcing you to pay close attention to the one-time voiceover instructions when you first buy them. There are pictures in the elevator that give you some hints as well, but I wish the game offered straightforward (and preferably, written) instructions when new items were unlocked.

All That Glitters Is Not Gold

On Steam, Cave Digger is listed as a free download with a $20 Riches expansion in the form of bonus train levels. On the Oculus Quest, some rough edges still seem to be showing.

While you can walk freely around your elevator car, or walk and teleport using the thumbsticks, I often found myself getting stuck on bits of the environment. When the clock is always ticking, these minor inconveniences can add up to frustration.

Also, Cave Digger: Riches is not an attractive game on the Oculus Quest. The Western saloon and outside train station look like part of an abandoned ghost town or a flimsy movie set. Underground, the visuals are bleak and muddy, and not in a good way.

Once you earn enough cash to unlock the train levels, the game takes on a very different feel. Now you can explore horizontally instead of just vertically, with wide-open caverns containing clever extras. One of these is a friendly-looking living treasure chest named Mimi Jewels, who follows you around while scooping up gems for you to sell later.

In addition to Mimi, there are a few more notable reasons to play Cave Digger. A lot of thought has clearly gone into creating unique achievements for the game. You may accidentally uncover these by blowing up a stick of dynamite in your hand or casually tossing a gem into the hopper behind your back.

Also, there are multiple endings and bright secrets to uncover. You can collect Infinity Stone-style unique gems, which will let you pretend to be Thanos while you smash through rocks with your fist. An underground mushroom level will send you on a spaced-out trip if you help yourself to a snack in the middle of the workday. And if you find four hidden keys, you can unlock a cavernous vault for another strange surprise.

These extras are a fair payoff for enduring the game’s rougher components. Most of the game, especially the early stages, can feel repetitive and unsatisfying. Despite its positive aspects, and some fun surprises, Cave Digger: Riches can feel like a bit of work to get through.