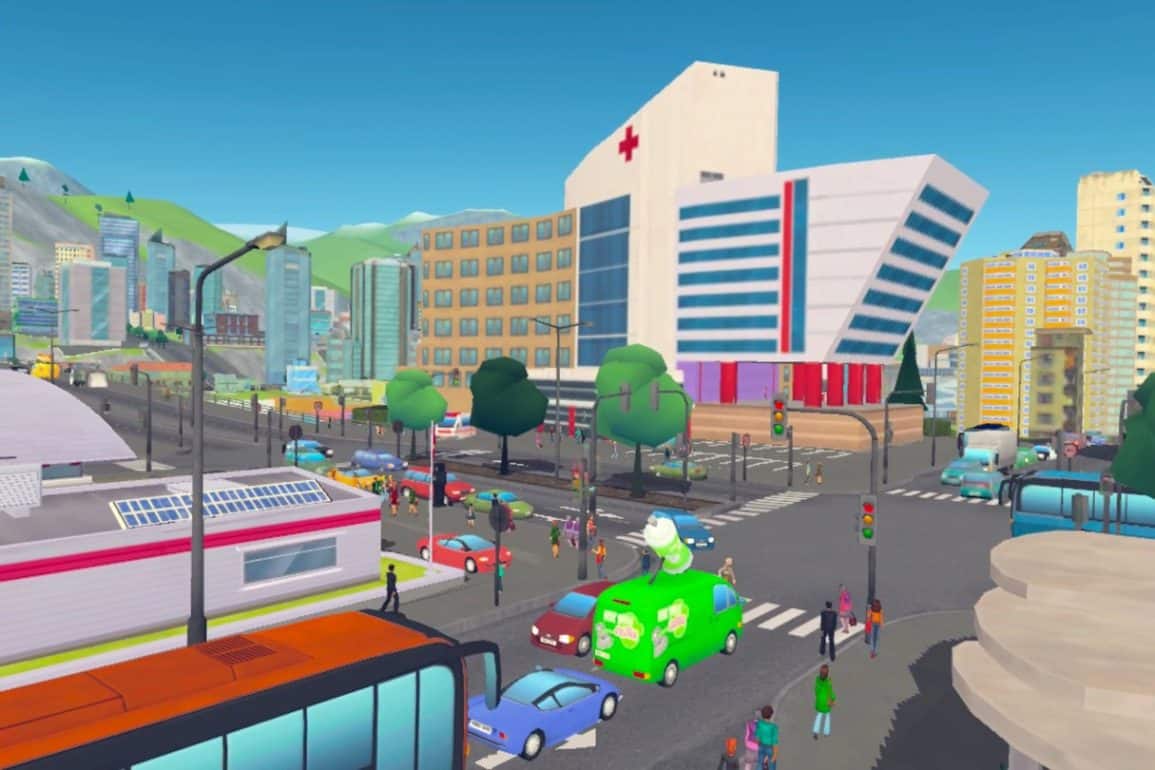 Cities: Skylines Gets a VR Sibling 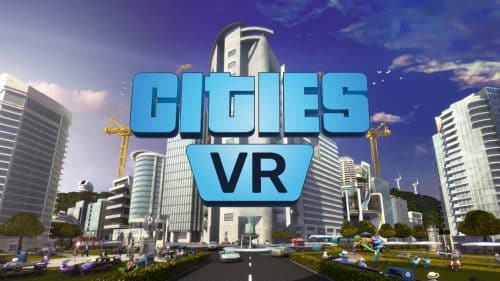 Cities VR is the Quest iteration of the popular flat game Cities: Skylines, and it’s been given quite the fanfare, being one of the titles featured on Meta’s recent underwhelming showcase reveal.

The original Cities: Skylines was, in its day, the challenger to a more established franchise’s throne, conceived as a more playable and approachable and less bloated alternative to the corporate mess that Sim City had become.

THRU THESE ARCHITECT’S EYES

Cities VR is a city-building management game, viewed from an aerial perspective, featuring the usual mix of laying roads, zoning infrastructure, providing utilities and services for the residents, and keeping the population happy and the books balanced.

These types of games may be familiar to most gamers, be the reaction love, loathing or indifference. But it’s a genre weirdly under-represented in VR. On the Quest, there’s Deisim on App Lab or Sidequest, which is really more of a streamlined god game than city management, and of course, the lovely Spacefolk City, which our own Pete Austin fell in love with a little while ago. And that’s all that comes to mind. Please feel free to remind me in the comments of any others I might have overlooked, but I think I’m right in saying that it’s a curious gap.

With the six degrees of freedom god’s eye view and the immediacy of control that VR could present, you’d think the Quest would be dripping with city builders and god games.

ONE RING ROAD TO RULE THEM ALL

Cities VR goes some way to showing why the genre might not be the shoo-in for VR that you might think. To put it simply, Cities VR isn’t very good. That’s not because it doesn’t have quite the feature set of the original Cities: Skylines, far from it. There’s nothing wrong with streamlining an experience for VR; given that statistics and reams of information are easier to parse on a flat monitor display, it’s a mercy that there might not be so much to keep track of in the heady confines of VR. And Cities VR is more than complex enough in this regard; needlessly and to a fault.

It’s never a good sign when the first screen of a game is a pixelated, dreary still of the developer’s logo. So it is with Cities VR, and it does set the tone for what’s to come. The game is overall clunky and unfriendly for new players. The tutorial highlights everything wrong with the game rather incisively. The controls are finicky and never feel intuitive; the radial flick to select different categories of buildings and materials just feels off. There are comfort and movement options to tweak, but they aren’t nearly comprehensive enough, and even at the highest sensitivity, the smooth turning is painfully slow. Tutorial pop-ups stick themselves right in front of your view like a pissed and over-familiar uncle at a wedding, and most of them obfuscate their intent enough to infuriate. It took me four attempts to get through just the tutorial, and it was maddening.

The sound effects in Cities VR grate – the clicky-clacky noise which plays incessantly when building a road or a pathway is quite incredibly misjudged. You’ll hear hours and hours of it through the game, and it’s like sandpaper for the frontal lobes. After prolonged exposure, you’ll want to find whichever cartoonish tap dancer provided the original sample and beat them to death with their own shoes.

Cities VR lets itself down almost consistently in terms of presentation. Little here resembles the lush, clean-looking title touted in the Meta showcase. The literal building blocks of the game are janky; buildings under construction look like pixelated progress bars, the colour palette is all over the shop, and the interface does all it can to make you feel like you’re doing something wrong or pressing the wrong button nearly all the time. And then it proves it to you.

The graphics are substandard, with huge amounts of pop-in even before you start to build your city. Shadows are so blocky and ugly that you wonder why they’re there. It all seems a bit placeholder and alpha, which for a modern and expensive top-tier Quest title really can’t be forgiven. There’s a lot to do in Cities VR, although perhaps thankfully not as much as there is in its parent flat game. The problem is that it is actually unpleasant to do most of it, and I’m afraid that it might take more than an update or two to put the problems right.

A TOWN WITH NO CHEER

With such unacceptable levels of jank and a gameplay template that has been poorly realised despite the apparent lack of ambition on display, it’s tough to recommend Cities VR, even to hardcore fans of the genre. Those fans will also be disappointed by the comparative lack of depth in Cities VR compared to the founding game in the series.

More casual players will almost certainly get more joy out of Little Cities.