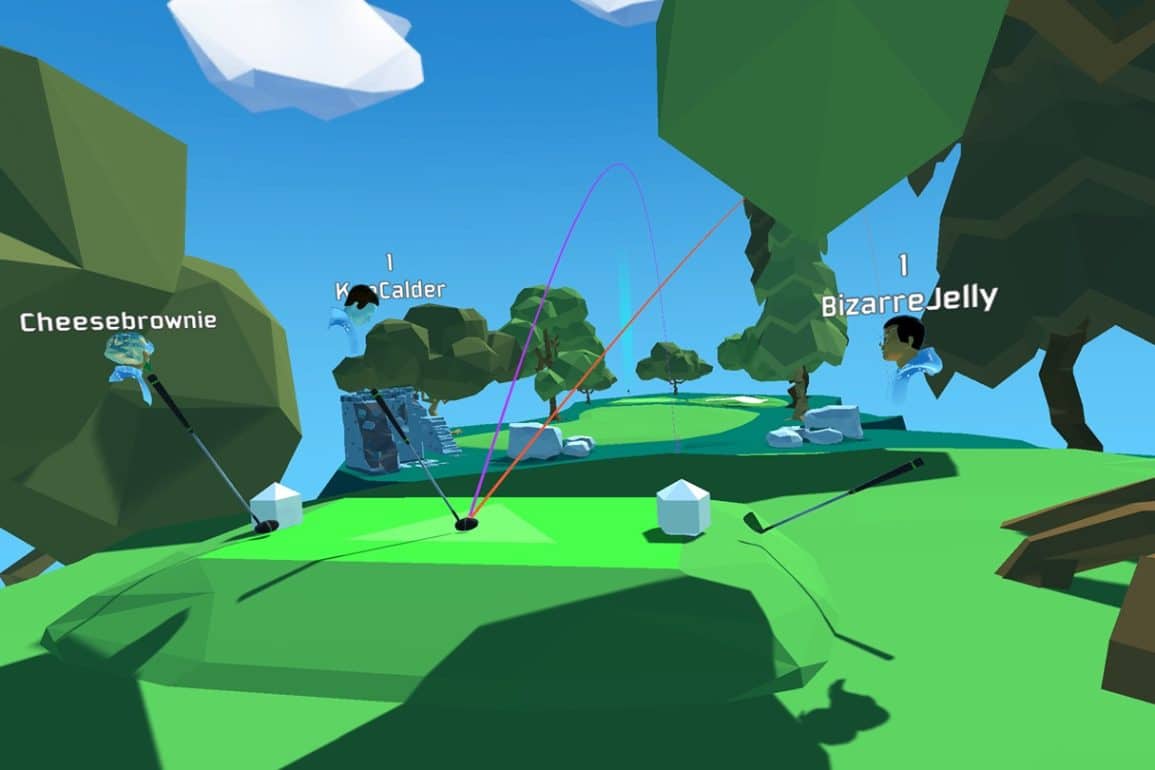 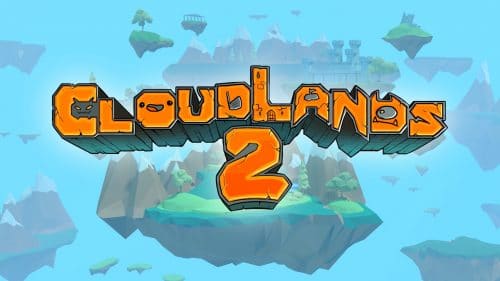 Golf! The sport of…dads. It’s an excuse to drink beer, BS with friends, and walk (or drive) around a massive lawn that’s sure to make you feel bad about the state of your own. Also, you can maybe, occasionally, take a swing at a dimpled white orb with a wood or metal (or fancy schmancy carbon fiber) stick. Dads love golf so much they’ll watch it on TV, play golf video games, or take out a second mortgage so that they can buy a full-scale golf simulator. However, for the rest of us, more casual golf games have become a popular mainstay of the video game market such as Hot Shots/Everybody’s Golf and Mario Golf. Now Cloudlands 2 brings this experience to Oculus Quest, but is it up to the par (sorry) set by its peers?

Cloudlands 2 is a fun, casual golf game that has options for playing both regular and mini-golf. It includes both single and multiplayer modes, a campaign mode, as well as a course editor that can create surprisingly complex holes, which can be shared online.

Unfortunately, Cloudlands 2 misses out on a lot of the personality of the golf games mentioned above. While the courses have a minimalistic and clean look, there are no human characters in the game. It’s just you alone on the golf course in most modes, though you can see other player’s Oculus avatars in online multiplayer. Each hole is its own floating island, so you don’t get to see the rest of the course around you. This gives you the feeling that each hole is its own world rather than being part of a more extensive course. The sound is mostly forgettable as well with a few chill atmospheric music tracks and some very stock sound effects.

Taking a Swing at It

Cloudlands 2 features a good variety of courses, encompassing a mixture of both regular golf holes as well as mini-golf holes. The basic golf swing mechanic works well. However, the power level seems off on standard golf holes, especially when putting. The game features some very long mini-golf holes, so I understand the need to allow gamers to put a lot of power their swings, but this doesn’t translate well to putting on the regular greens. The slightest swing can seem to send the ball flying if you’re expecting to take your normal putting swing. There is an option to customize the power of your clubs, but since courses mix regular golf and mini-golf, switching power settings back and forth can get annoying.

As this is not a simulation golf game, the variety of clubs available in Cloudlands 2 is minimal. Players are only allowed to use a basic wood/driver, iron/wedge, and a putter. While you can adjust the game for your height, the club does seem to auto-fit to the ground, ensuring it’s always the right length for the current player. However, the club appears to just “stick” to one hand, and only the motion of that hand affects the movement of the club. I found myself placing my other hand where it would usually rest on the club while swinging. Although this gave it a more natural feel, whatever you do with your other hand is irrelevant to the gameplay. You could swing one-handed and do just as well if you’re making the same general motion.

Caddy, give me a hand!

Speaking of hands, I really wish this game would give the player a representation of their hands within the game. While the club sticks to your main hand, your other hand is entirely invisible and has no real effect on the game. Clubs are changed by holding down the grip button and moving the stick. Although this works, the inclusions of a virtual golf bag or caddy might have added some realism and personality to the game.

Movement around the course is handled with a standard teleport system, but with the nice added touch that the trigger of the leading hand will always teleport you directly to the ball. However, this often does not necessarily put you in the right position to take a swing, it just puts you near (and sometimes directly on top of) the ball. After this, some additional teleporting or walking around the play space is required to line up with the ball correctly. This leads to a lot of downtime between swings, and it can be especially frustrating if you just have a few minutes to play a quick round.

Build Your Own Course – No Landscaping Necessary!

The course creator is terrific in its simplicity, giving the player a palette of different course pieces to pop out and place wherever they like in the space around them. This part of the game truly feels magical, like you are a giant piecing together your own golf course. You can zoom down to test and then tweak your course to your heart’s desire. The maximum file size on these courses is generous, allowing you to design your perfect hole of golf with wild abandon.

Unfortunately, the course creator also suffers from the game’s strange one-handed design. It would have been helpful to be able to build with one hand and hold the palette with the other. Tilt Brush and SculptrVR work that way, and they’re fantastic. Instead, Cloudlands 2 only uses your “active” hand to interact with anything. The building scale is also small enough that it’s often hard to tell, before testing, just how much space you’re leaving between objects. What looks like a small lip during building can often come off as an impassable mountain during testing. While the tools work well, significant patience is required to build your dream course.

Although the campaign is short, leading the player hole-by-hole through the game’s three courses, all the holes are playable in single-player quickplay, as well as online and pass-and-play multiplayer. The online multiplayer is particularly well done, allowing all players to play through simultaneously without interfering with one another, and allowing chat through the microphone. There is also a wide variety of community-created holes available online for play, giving Cloudlands 2 a significant potential playtime. If you get into playing and sharing holes with friends and the community at large, Cloudlands 2 could be living on your Quest for a very long time.

While Cloudlands 2 has a wealth of content, it is ultimately hampered by some confusing design decisions. These are mostly related to the one-handed control scheme, which feels like a holdover from the original game for Oculus Go, which only had a single controller. However, if you are looking for a fun, casual golf game available now with lots of content, you’ll still have a good time with Cloudlands 2. The real golf dads among us will want to wait for a more detailed golf sim to come to Quest.