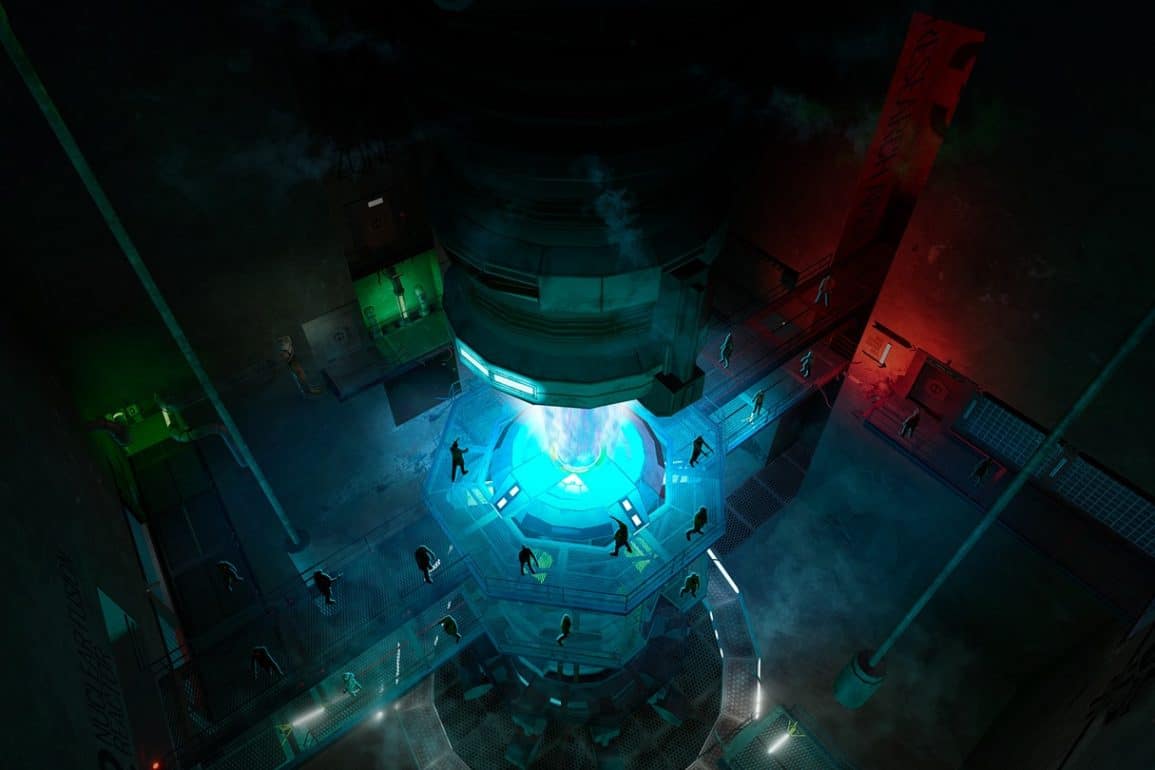 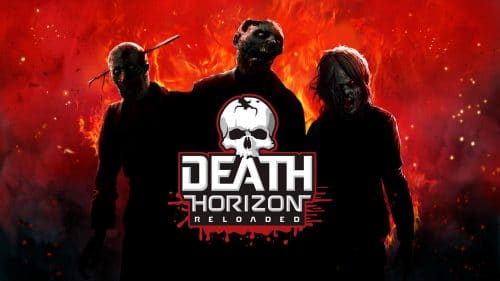 The Oculus Quest gives players a unique sense of freedom from going wireless, and that freedom has apparently infected the Death Horizon series. The original Death Horizon was an on-rails shooter, but Death Horizon: Reloaded on Quest has mutated into a free-form FPS that incorporates creative climbing and jumping segments.

Death Horizon: Reloaded is relatively generic in many respects. The entire game takes place in an underground facility, the kind you’ve seen countless times in Resident Evil-style knockoffs. Bodies and rubble are strewn about, and there are occasionally tanks full of green goo to step around. As per usual, every soul in the facility has become a shambling, undead target for you to shoot.

Over the loudspeaker, a shadowy figure directs you through a series of corridors, offices, and locker rooms. You can teleport a few feet in any direction, which cuts down on VR sickness. Occasionally you’ll find ropes or pipes that you can climb on or across using the grip button.

This is where Death Horizon: Reloaded begins to differentiate itself from zombie conventions. For example, you can hang from an overhead pipe with one hand while drawing a pistol from your holster and firing at the walking dead below. Later, you’ll learn to jump forward using an awkward combination of button presses and gestures.

This climbing mechanic is used sparsely throughout the game, and I would have really liked to experience this combination of platforming and shooting more often. Sometimes you’ll accidentally grab your gun instead of a railing and plummet to your death. But when it works, it helps you feel like an action hero. Maybe future installments will take us outside of the cramped, bleak laboratory, and set the action on the side of a building, or a cliff face, or hanging from a helicopter-like in World War Z.

Armed To The Teeth

The weapons in Death Horizon: Reloaded work reasonably well, even if they don’t really inspire awe. You can holster and wield two pistols, later finding a Desert Eagle that packs an extra punch. You’ve also got some room on the front of your vest for storing an assault rifle or pump-action shotgun.

You can only carry one larger gun at a time, and the shotgun requires two hands to reload, so you may find yourself ditching the gun you’re carrying and picking up a new one along the way. You can also activate bombs by picking one up, throwing it in front of you, and then shooting it. It’d be nice to see more creative weapons or a melee option for when your ammo runs out.

Most of the game consists of straightforward hallways, where zombies will automatically shuffle towards you, groaning to announce their arrival. As a result, you can often hang back, casually take them out, and then move forward. A few new types of mutants will change things up, like zombie dogs that rush at you, or hulking construction worker zombies who swing sledgehammers. You’ll also encounter spitting zombies and some faster varieties, but that’s it.

Drop In And Say Hello

One other clever gameplay mechanic worth mentioning is that zombies will occasionally crawl out of vents or drop from the ceiling. These appearances can give you a little jolt if you’re not paying attention. I gasped a few times from surprise zombie attacks, but it’s nothing like the intense terror of a game like Dreadhalls.

Death Horizon: Reloaded offers just a few unusual twists on what you would expect from a zombie shooter. The climbing mechanic is underused but refreshingly distinctive, and I enjoyed the taunting voice-over from the game’s mysterious host. At under two hours on normal mode, Death Horizon: Reloaded lacks longevity. You can, however, always attempt impossible mode, which gives you one life and no checkpoints, in exchange for a spot on the high-score leaderboards.

Like a zombie approaching a well-armed commando, Death Horizon: Reloaded is short-lived and moderately creepy. It’s got a handful of well-constructed scenes, and the platforming holds real promise for future installments. I’m eager to see what’s next for this series.