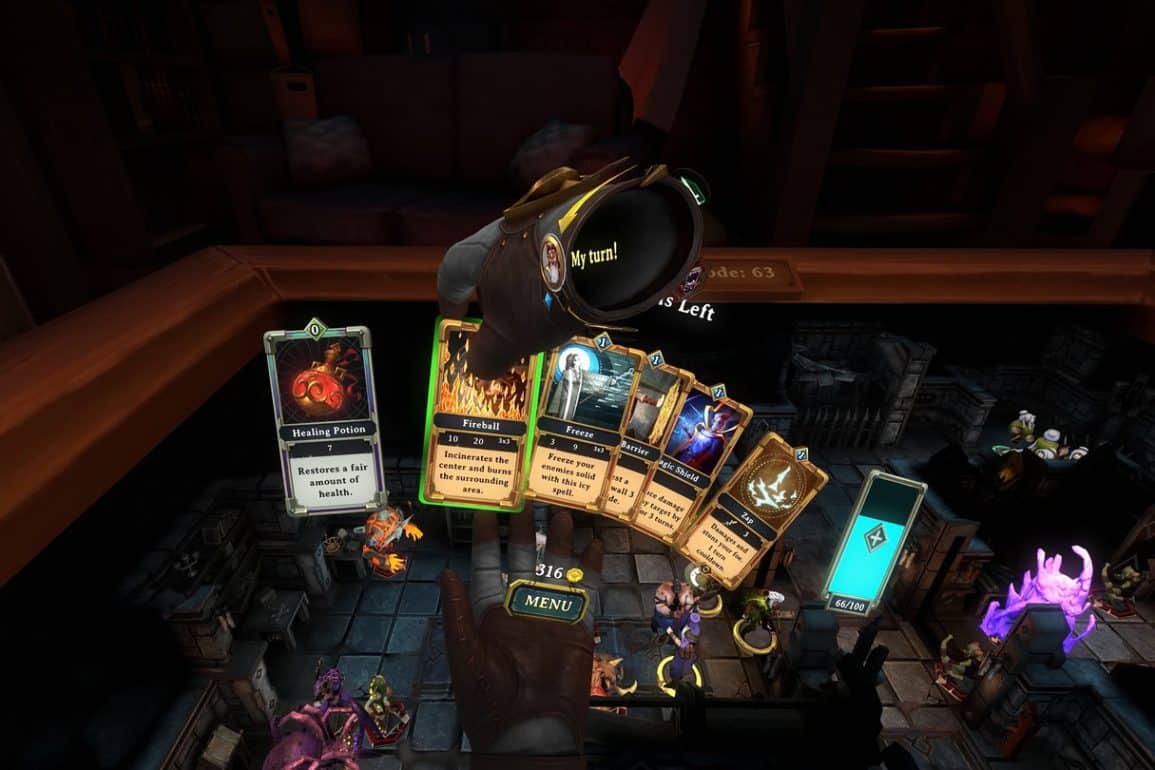 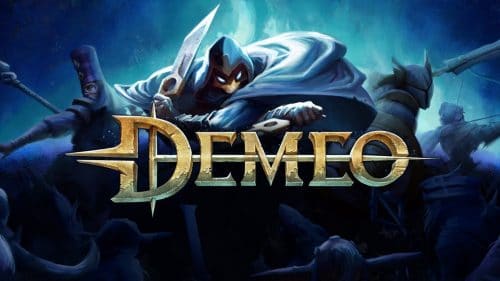 Demeo bills itself as a Turn-based RPG VR game and has seen a warm welcome on the Quest platform, with half a million dollars in sales within the first 48 hours. We take a look at the multiplayer dungeon crawler and try to help you figure out if it’s worth your time and money.

Here’s a quick disclaimer, although I’ve played many RPGs throughout the years, I’ve never actually played a table-top DND game, so keep that in mind if you’re expecting a lot of table-top comparisons.

Here There Be Monsters

Demeo keeps things pretty simple. At release, it comes with one story campaign made up of a three-level dungeon. The game can be played solo, but doing so would deprive it of its most fun component, working in tandem with friends or strangers, discussing how you should go about exploring the dungeon and defeating the monsters that lurk within. There are four characters to play; a bow-wielding hunter, a sorcerer, a stealthy assassin, and a warrior. Aside from moving your character with your virtual hands, all moves are card-based. Each character has a unique ability card that never depletes and a unique action deck with which they can fight their way through the levels. There’s a good variety of action cards. Some allow long-range attacks (if you’re the hunter or the wizard), and others allowing for powerful melee attacks (if you’re the assassin or the warrior).

If all this sounds pretty standard for an RPG game, that’s because it is.

Demeo is painstakingly conservative with its design and, at least with its first (and currently only) campaign, won’t throw you any curves. For the most part, there’s nothing original about the monsters you’ll face. You’ll fight the obligatory hell hounds, spiders, giant rats, ice and fire elementals, and evil mystics. If you’re a veteran of the genre, looking for innovations on that front, you’ll probably find its menagerie disappointing, its mechanics streamlined but predictable, and its character classes uninspired. However, one could argue that the initial campaign, The Black Sarcophagus, is purposely generic, essentially easing neophytes not only to the game but to the genre itself.

How Does Your Quest Quest?

Unlike many other games on Quest, Demeo doesn’t whine or creek. The game loads quickly and runs well, and the multiplayer is well implemented. Everything is nice and snappy. You can quickmatch into an ongoing game, host one of your own, making it public or private, and ongoing games can be easily accessed with a four-digit room code.

The controls are intuitive, and even first-time players had no trouble with them at all. Not once in my various multiplayer sessions did I see any player struggle with the controls or gameplay mechanics.

The enemies are randomized every playthrough, and the difficulty can vary enormously between sessions, making it somewhat difficult to play solo. One thing that should also be noted is that there’s no meaningful RPG-type progression in the game. Sure, you gain experience points with your playthroughs, but your character doesn’t level up in any significant way. The experience points merely allow you to purchase cosmetic modifications to your character, dice, and base plates.

The graphics and animations in Demeo are pretty good, using a simple cartoony look that works well on Quest, making your characters and enemies pleasant to look at even when zoomed up close. The character designs are low on polygons and rely primarily on the texture work to liven them up. Spellcasting and combat moves are well animated, making most of the actions quickly recognizable and, at least before you get used to them, entertaining to watch in action.

The audio is clear and practical, lending atmosphere to the proceedings without ever being too distracting, allowing you and your fellow players to converse easily throughout.

I was fortunate enough to run into a great bunch of people every time I played Demeo. The game style and length are perhaps responsible for this, helping weed out obnoxious players who might not have the patience for a turn-based dungeon-crawly RPG that rewards cooperation and coordination. The multiplayer component is robust, allowing you to mute players, use your in-game hands to illustrate things on the game board, and, if you’re the game’s host, kick any players that are making asses of themselves.

There’s a Chink In Your Armor

If there’s one glaring issue with Demeo at launch, it is the absence of content. The starter pack is fun, but it is just one mission that you’ll find yourself forced to play over and over again, the only novelty being the company that you find yourself in, something for which the game can hardly claim any credit. For some players, this might mean that they’ll get a few rounds out of it, finish it once or twice, and then find the game less compelling to return to, at least until the promised DLC packs start materializing. The first of these, Realm of The Rat King, is due for release sometime in the summer, and for many users, it might be worth waiting until that’s released before shelling out $29.99 for the game. The good thing is that this expansion and at least the initial set of DLC’s will be free and promise new environments, enemies, and cards, so early adopters will at least be rewarded for their patience.

Demeo has been overhyped but is undeniably fun, especially with good company. It’s short on content for the moment but will undoubtedly get much better as new content is added over the next year.

Demeo
TLDR : Summary
Fun, but short on content, Demeo offers a streamlined multiplayer experience and is a great introduction to the worlds of DND and Table-Top gaming for VR.
Concept
6.5
Gameplay
8.5
Graphics
7.5
Audio
7
Longevity
7
Pros
Polished and streamlined experience
Simple game mechanics
Good graphics
Cons
Only one campaign at release
Generic campaign and enemy design
Needs more content.
7.5
Abracadabra
Get it on the Oculus Store
Demeo