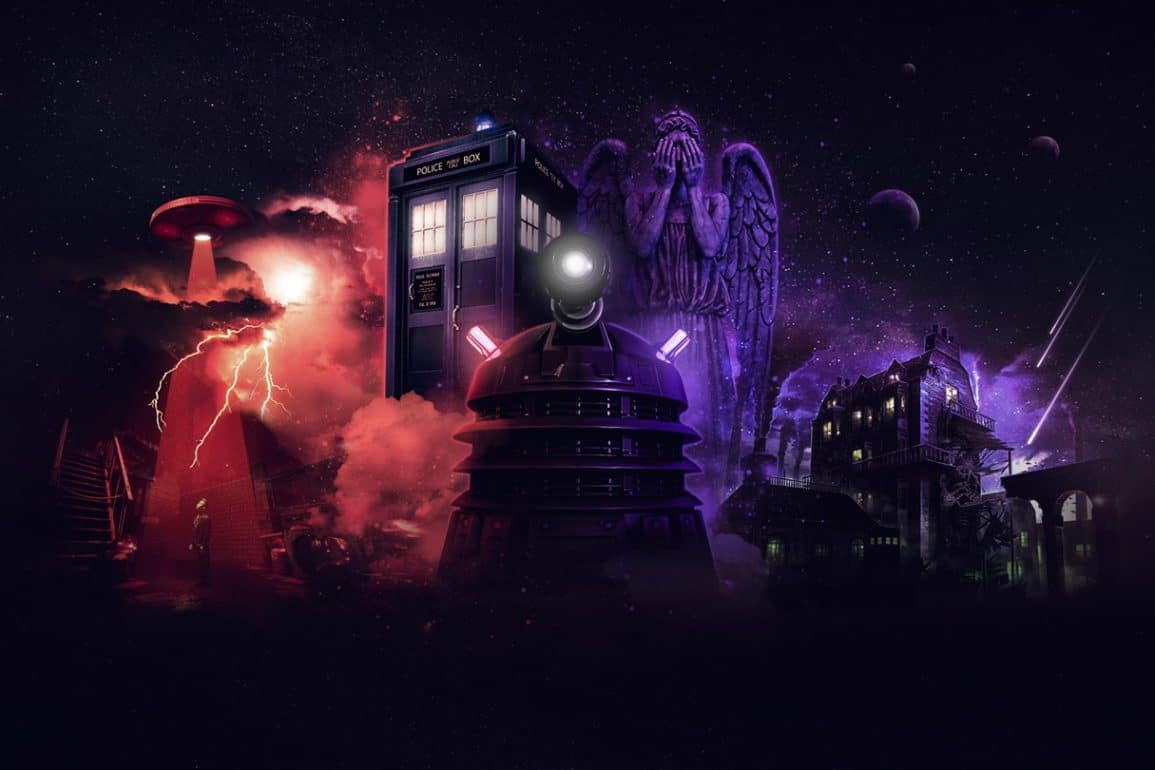 Doctor Who: Edge of Time | Review

The Doctor Comes To VR, And She Needs Your Help 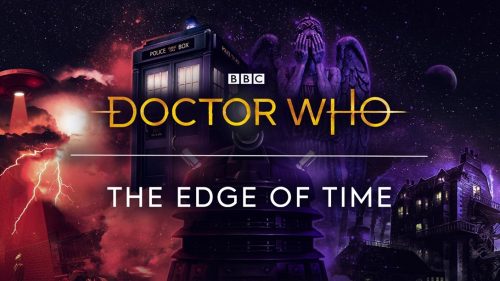 The history of Doctor Who in videogame form is less than stellar, to say the least. With the possible exception of the lovingly curated appearance of the good Doctor in Lego: Dimensions, there hasn’t been a single official game that hasn’t been crushingly mediocre at best. Could The Edge of Time be the title to change the Time Lord’s virtual fortunes?

A POLICE BOX IN A JUNKYARD

It’s going to be difficult talking about the specifics of this game without giving far too much away about the plot and settings. We’ll do everything we can to keep this review spoiler-free. Suffice to say that what you’ll find in this game is a definite desire to provide some fitting, well-rounded fan service, harking back to both the classic and modern eras of the show in often surprising and delightful ways.

The player is cast as a nobody, or perhaps themselves, a disembodied nameless avatar who starts the game in a launderette, presumably hanging around waiting for their clothes to finish drying. Pretty quickly, something goes wrong, and the world takes a dark turn. The Doctor’s voice (provided by Jodie Whittaker) crackles through the television, offering instructions that will guide you to escape with her sonic screwdriver, and eventually to the TARDIS itself. From then on, it’s a matter of taking the trusty time ship to different locations to find Time Crystals and thereby save the universe.

It’s a classic Doctor Who setup, with a surprisingly grim atmosphere from the get-go. It’s a narrative exploration game with some object gathering and puzzle-solving elements. If you aren’t really familiar with Doctor Who, you really don’t have to worry, as the game is self-contained and self-explanatory. If you’re a fan, however, then there’ll be a whole other layer of excitement as you explore some familiar locations and themes. In purely narrative terms, there are some shocks, and even jump scares along the way, and in VR, there’s no hiding behind the sofa.

The puzzles are mildly involved, but not so much that you will be stymied for long on any one thing. Younger fans might need a grown-up’s help with some of it, but there’s nothing here that is designed to take on Myst.

There are a couple of things that might cause frustration. The game’s movement and interactions are fiddly and occasionally broken. Pointing a hand or the sonic screwdriver at just the right spot to get a highlight can be fiddly. It is also depressingly easy to manoeuvre your virtual head through the scenery or stand in the ‘wrong’ spot, which causes the screen to go black in an off-putting manner. It smacks of a development team who haven’t really paid attention to what others have done to ameliorate the problems with the VR medium. Some of the clunkiness and overall lack of polish in this regard can make the game often seem like it is from the earlier days of VR.

The other thing which is beyond annoying is the fact that the game won’t leave you time to think a puzzle through. Even if you know exactly what to do, sometimes, a voiceover will inevitably be nagging you with an unhelpful and repetitive hint over and over again. It’s genuinely infuriating and so jarring that it’s pretty extraordinary that this made it through to the released game.

These issues could be patched – so here’s hoping.

IT’S SLIGHTLY BIGGER ON THE INSIDE

It’s a magical, squee-inducing moment for any Doctor Who fan to experience the TARDIS materialising in front of you and you push the door inwards to go inside. What’s then immediately annoying is that the console room interior is a discrete level which is loaded separately. Before you interface with the inside properly, there’s fake scenery with layered flat images like a pop-up book. It does ruin the illusion, and it’s ironic that VR hasn’t been used more effectively to convey this transition between the inside and outside of the TARDIS better. It’s little niggles like this which take away from the whole experience, despite the vast amounts of effort and love that are clearly on display.

Apart from this, the graphics and presentation are pretty impressive for a Quest title. The music is wonderful, and some of the voice work is great, with the caveat that it’s sometimes hard to hear dialogue over the score and effects. This is, however, a trait the game shares with the TV show, so perhaps it can be put down to authenticity.

THIS IS THE GAME OF RASSILON

There’s no doubt that The Edge of Time is an entertaining and atmospheric VR game, enjoyable for both fans and the uninitiated. It’s frustrating that the few rough edges and annoyances genuinely detract from the experience.

Doctor Who: Edge of Time
TLDR : Summary
If you're a Doctor Who fan, this is pretty much a must-buy, despite its flaws, and definitely the Doctor's best videogame outing to date. If you're not a fan, it still has its charms - but you might be better playing the slicker and cleverer Red Matter first.
Concept
7
Gameplay
6
Graphics
7
Audio
8
Longevity
5
User Rating0 Votes
0
Pros
Great fan service
Superb atmosphere
Decent story
Cons
Incessant nagging
Rough around the edges
7
GERONIMO
Get it on the Oculus Store
Doctor Who: The Edge of Time