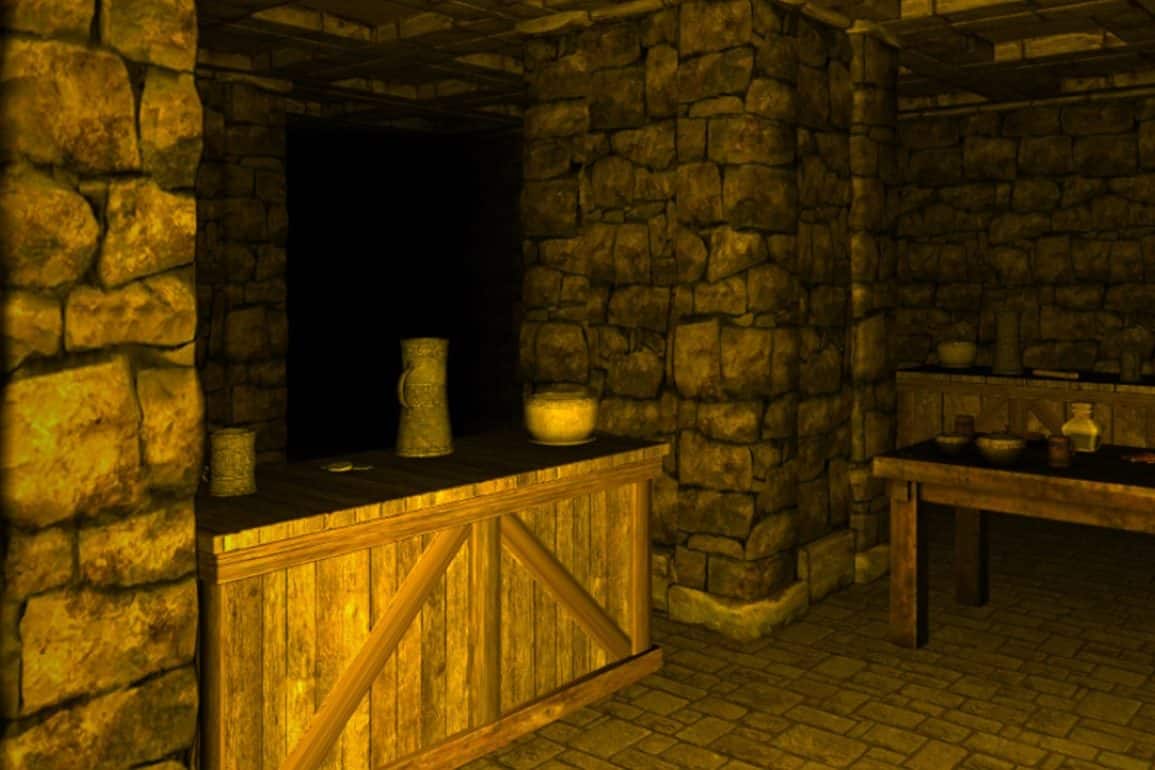 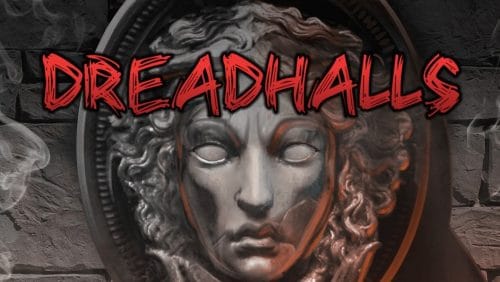 Dreadhalls is a tough game to review, but not for the usual reasons. It doesn’t have a complex, sprawling story. It’s not difficult to understand. Rather, Dreadhalls is a challenging review because it scared me half to death every time I put it on.

Like I said in my hands-on preview, Dreadhalls is deeply, devastatingly scary. The game triggers a physical reaction in me the way no other game, even on VR, has to date. I can feel my hands shaking, my blood pumping, and my senses assaulted by every scary trope. If you have one of those arrogant friends (like me) who boasts that no horror movie scares them anymore, make them try Dreadhalls on for size. It will humble them.

GET ME OUT OF HERE

Dreadhalls takes place in a series of claustrophobic underground dungeons, where you are armed only with a lantern that casts a moderate amount of light onto your surroundings. You have to escape from these vast mazes by collecting bloody eyeballs, a gooey magical replacement for a set of keys. You’re aided by a map that automatically draws in the corridors and dead ends as you explore.

Lurking just ahead of you in the darkness are a myriad of freaky creatures, including a tall witch, a fleshy goblin, and a hulking hellhound. Coming across one of these monsters in the dark, with their various growls and screeches, can be utterly terrifying. You often have no choice but to run, hide, and perhaps extinguish your lantern.

WHISPERS IN THE DARK

Though the graphics are merely serviceable, with most of your view shrouded in darkness, the sound design in Dreadhalls really stands out. Creepy music permeates every twist and turn in the dark, and the monsters’ eerie sounds will have you feeling constant dread. You’ll have a brief moment to relax when you return each bloody eyeball-key to its proper place, but then it’s back into the dungeons for more scares.

Dreadhalls never builds too much gameplay on top of the basic haunted-hallways premise, but there are a few additions. Doors have to be opened by “jiggling” the handle, or you can use a lock pick to force it open faster. You can collect coins to unlock bits of lore from creepy statues, but it has minimal bearing on the game overall. And over time, your lantern will run low on fuel and have to be replenished by jars of oil.

I would have gladly traded all of my lock picks, coins, and oil for just one gun or melee weapon, but Dreadhalls just isn’t that kind of game. It’s like playing through Doom as a pacifist. Monsters will try to end your run horribly, and all you can do is quiver, scream, and run away. ProTip: Play with some friends in the room, so you don’t feel quite so vulnerable.

Dreadhalls is the kind of experience that really shows off the power of VR. On a computer screen, this game would be so-so, but in VR, you are entirely immersed in a powerless, frightening, and overwhelming situation. The visuals, audio, and tense gameplay all add up to a ghastly feeling that sets the gold standard for VR horror.

Dreadhalls is also a bit longer than you might think (or hope). Just when you think you’ve collected all the necessary eyes in an area to move on, the game continues with another set of procedurally-generated mazes. This gives it some decent replay value, ensuring that you’ll never become too comfortable with the dreadful environments.

It’s hard to recommend Dreadhalls as a pleasurable experience, but it is definitely successful at what it sets out to do. I haven’t felt this immersed in a horror experience since I first saw The Shining as a kid and rushed to turn on the lights. If you think you can handle the fright— well, you probably can’t, but you should play Dreadhalls anyways.