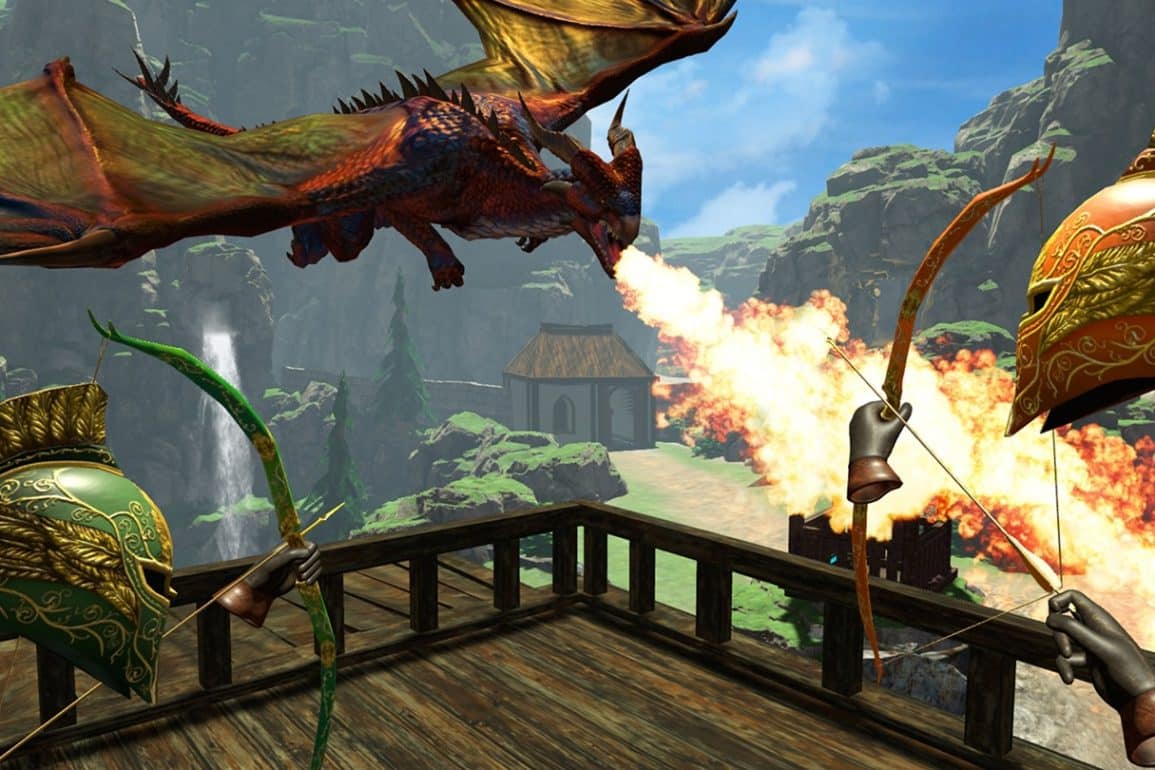 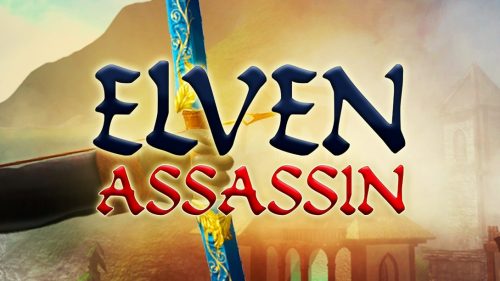 Despite the best efforts of Peter Jackson and some RPG makers, elves haven’t had more of an impact on the action-adventure. Even in the Lord of the Rings: Shadow of.. spin-off games, the elf only gets to do his cool stuff when spiritually bonded to the body of an undead human. So it’s nice to see an elf take centre stage in a game for once, though he’s only ever seen on the Oculus store page for Elven Assassin. Even then he looks like a copyright-avoiding airbrushed picture of Orlando Bloom that you might find painted on a fairground ride or an ice-cream truck.

Elven Assassin casts the player as an archer, defending one of three village environments from waves of orcs, trolls and dragons. The set up is very much like a tower defence game, with specific points on the map that you can use as vantage points from which to shoot. If the baddies get past you, they’ll sap away at the health percentage of the village until its Game Over. You can stop them with your bow and arrow, plucking arrow after arrow from behind your shoulder, pulling back the bowstring, and firing. Over and over again.

Other than that, there’s not a huge amount to tell. The game lets you choose between ‘RPG’ and ‘Normal’ modes, which is a ridiculous way to define whether you can also use magic or not. That’s literally the only difference, and I’ve no idea why the devs think that the use of spells as additional weapons immediately qualifies it to share a category with Skyrim. It really, really doesn’t.

BORED OF THE THINGS

What the game lacks in any way whatsoever is any sense of context or urgency. There’s nothing wrong with repetitious, arcade gameplay. Space Pirate Trainer, for example, manages to imbue its waved-based shooter action with player agency and kinetic physical excitement. The bots you blast in SPT respond to being hit, grabbed, and shot, even if they don’t die. Every second can be a moment-to-moment choice about how and where to attack or defend next.

Elven Assassin is the opposite. Every single audio-visual cue, or lack of them, enforces the sense of repetition inherent in the gameplay. All the enemies run along predetermined tracks, with stiff, skating animation. Headshots register for extra points, but aside from text, there’s no animation to support skilful shooting. Larger enemies like the bigger dragons and the trolls simply absorb damage via a health bar until they keel over. No stagger animation, nothing – and in those cases there’s no additional damage for headshots either. The overall effect is akin to playing one of those arcade machines where you’re hitting targets with a water gun, with the bigger ones falling over when you’ve filled them up. There’s just no feel and no excitement whatsoever.

It doesn’t help that, aside from the lack of animation, the graphics are sub-par. Some of the environments are OK in a painfully generic fantasy way, but everything else is dull and uninspiring at best. The enemy models are instantly forgettable. The trolls in particular (despite resembling Tor Johnson from Ed Wood’s seminal Plan 9 From Outer Space) look like naïve placeholder dolls. Graphical glitches and omissions abound; arrows get stuck in mid-air, the frame-rate takes an occasional dive, and enemies just blip out of existence when felled.

By Lori Knox
In Apps

It all just feels empty and pointless.

THE FELLOWSHIP OF THE PING

Multiplayer livens things up a bit, and in fact, serves to illustrate that it’s where the heart of the game is. Joining up with friends to flit between towers and cover different paths is obviously more fun and makes the single-player experience seem even emptier. It’s by no means a thrill-a-minute ride, but it saves the game from scoring even lower. I also encountered a lot of glitches, lag, and dropouts in the sessions I’ve tried, noticeably more so than many other Quest games I’ve played.

LEAVE THE ELF ON THE SHELF

I’m sure there’s a version of this game somewhere that conveys the frantic urgency of one of the siege battles from The Lord of the Rings. In that version, the player zips urgently between towers trying to fend off hordes of orcs with desperate, inspired archery. Elven Assassin is not that game. It offers almost nothing in the way of excitement, and very little in the form of feedback for your efforts. It’s unpolished, repetitive and boring, and is massively overshadowed by other titles already out on the Quest for the same price *cough* Sairento VR: Untethered *cough*.