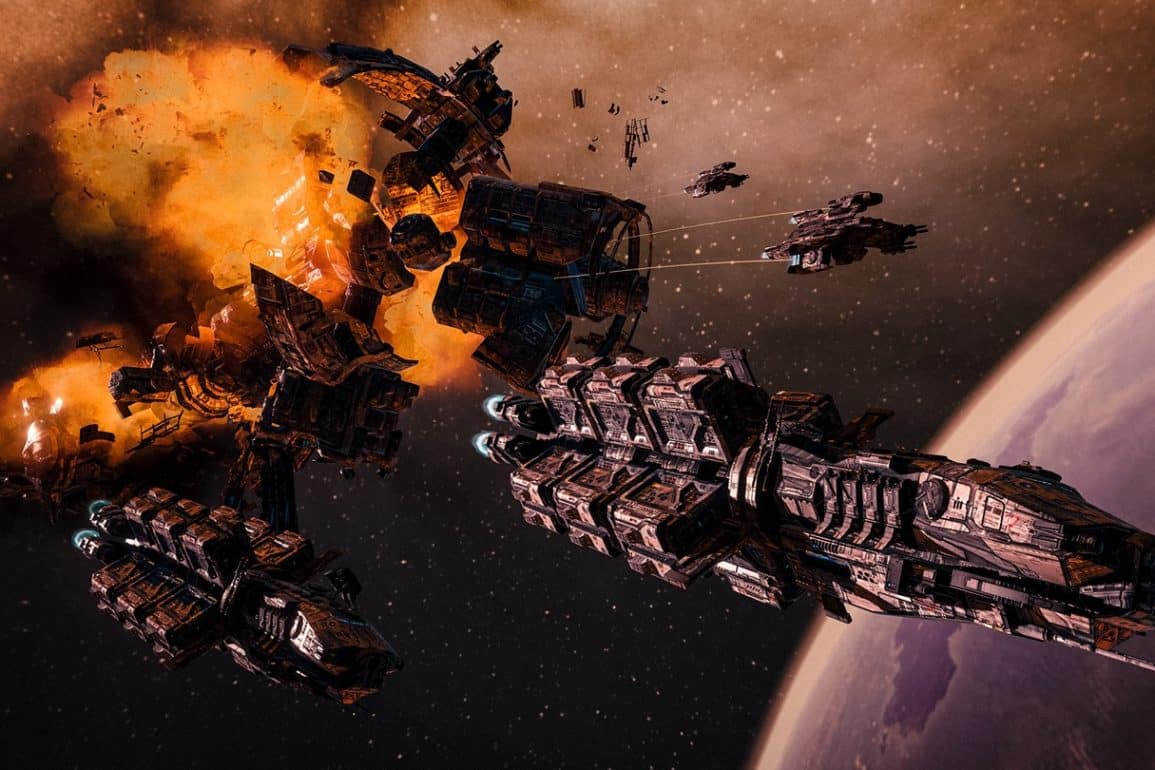 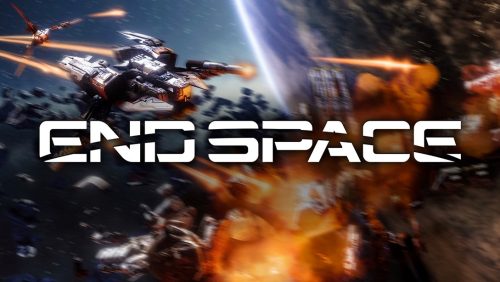 End Space arrives on Oculus Quest’s official storefront as the first space dogfighting sim for the system. That to some players will count for a lot. Aside from flipping a few switches at the start of Vader Immortal, there’s been nothing to provide that spaceship cockpit thrill that seems to be an excellent fit for cable-free VR. Take your protein pills and put your helmet on – we’re taking it for a spin.

ON A SAMSUNG GALAXY FAR, FAR AWAY

End Space was initially released on Google Cardboard, Gear VR, and then Oculus Go; its mobile origins are pretty apparent from the off. Sadly, the game opens with a 360-degree video sequence which is so compressed that it’s reminiscent of an early YouTube VR video. The voice-over sounds a bit like it’s coming from one of those talking birthday cards. Not really a grand way to show off your crazily impressive new VR headset. Thankfully, the rest of the game is a tad more upmarket, even if it never really frees itself from its modest roots.

TO BOLDLY COME FROM GO

The main menu screen sees the player on a gantry in a spaceport. He’s a slightly pudgy, space-suited feller standing to the left. He’s presumably a commanding officer, replete with a typically gruff voice. There’s a modest map of available missions, and options to upgrade your ship and so on displayed beneath. Only the tutorial is initially open, and levels open up linearly but can be replayed for extra credits.

The presentation is distinctly average, and in the case of the upgrade screens, downright disappointing. The upgrades aren’t illustrated, just wordy text descriptions. You also have to shift your view round to check what you can afford. You might be forgiven for thinking the game had started life as a flat mobile game rather than having been built for VR.

The missions are straightforward affairs which involve what you might expect– a mix of go-there, scan-or-explode-that, then a dogfight with some space fools, and variations of such. There are lasers to fire and missiles to launch, all of which operate on strict cooldowns. Just holding down the fire buttons until things burst is not going to cut it.

There’s a pace to the dogfighting and to each mission which might be familiar (and a little easy) to space combat veterans who’ve cut their teeth on other titles. If this is your first space combat game, particularly in VR, then it will provide a nice frisson as you delight in tracking your guns and/or missiles with your head, see your virtual hands moving on the controls, and generally experience the X-wing vibe.

The cockpit graphics are well-wrought and crisp, and the ship has an unexpectedly cool, Mad Max-ish, distressed-metal appearance which looks great.

Be aware that End Space may not be a pleasant experience for those new to VR. The combination of authentic 360-degree movement, independent head tracking for weapons, and a slightly inconsistent framerate may lead to some motion sickness or headaches. I have pretty stout VR legs and haven’t suffered at all with VR sickness since playing Scavenger’s Odyssey on PSVR two years ago. Despite that, I still felt a little nauseous after my prolonged sessions with End Space.

What you probably won’t find anywhere in the experience is much of a thrill. It should be unthinkable that dogfighting in space could be bland, but that’s the overriding feeling I have from End Space. There’s just not a lot of excitement here. Nothing feels particularly satisfying to accomplish. For instance, the explosions and collisions are weedy, and lack weight and import. This makes combat just a matter of carefully watching icons and timing button presses rather than it being a visceral, pulse-pounding affair.

The story is little more than a placeholder. To this reviewer, it’s a bit distasteful being cast as a hired gun for an empire, shooting rebels as they try to overthrow what seems like a brutal regime. It certainly doesn’t feel as cool as being Boba Fett, either. It would have felt so much more edifying if the game had centred around the plucky efforts of rag-tag rebels to overthrow their big bad overlords. Or perhaps that’s starting to sound too familiar.

IN SPACE, NO ONE CAN HEAR WHAT YOU’RE SAYING

The audio is at best bland. At its worst, it’s compressed and crackly. There are two voices in the game, Gruff McSpaceman as mentioned previously, and the female ship’s computer voice. Both get drowned out by the action and general disinterest; it’s all too easy to zone out from the utterly mediocre story beats. The music is just there. It should be exciting and an essential accompaniment to the action, but it just isn’t a noticeable presence in the game.

It’s easy to miss the feedback telling you about incoming missiles while in the heat of battle. The warning text is both squashed and hard to read. It’s also positioned on the window display facing forwards, rather than on the HUD following the player’s head, which is usually looking elsewhere to track enemy ships. The warning bleeps happen too late to really make any kind of difference other than to annoy you just before you blow up.

It should be noted that the game has exhaustive options to customise the controls, and this is laudable. I found the default setup a bit poor, and despite a lot of fiddling, there just wasn’t one particular setup that really clicked for me. I’m sure that grizzled space pilots might get a kick from tinkering with the control methods but will be disappointed by the underlying simplicity of the game itself. Similarly, those wanting a quick shootyzap in space aren’t going to want to mess about for ages getting a more satisfying experience.

The game features a dozen missions, and decent pilots will burn through it in a couple of hours. Some replayability is offered by the fact that you can replay missions for more credits to upgrade the ship and score better mission times. However, without any kind of leaderboard or multiplayer, it’s not something you’ll want to come back to again and again. There’s certainly no reason to revisit the story, which isn’t any kind of hook at all.

End Space is the first of its kind on the Quest, and it’s at a sensible price. This will earn it some sales and generate some smiles, but I suspect it won’t really be remembered. Nearly everything about it is just OK, and no one particular thing stands out as impressive. For £10.99/$14.99 you could do a lot worse, and of course, if you’re desperate for some space combat on the Quest, then it will be perfectly serviceable.

End Space
TLDR : Summary
A reasonably-priced but entirely forgettable space shooter that might scratch that itch, but not for long. A bit more polish and excitement would have gone a long way.
Concept
7
Gameplay
6
Graphics
6
Audio
4
Longevity
6
User Rating1 Vote
7.1
Pros
The first of its kind on Quest
Good options to configure controls
Nice cockpit graphics
Cons
Almost aggressively bland
Inconsistent frame rate can be sickly
Budget title and it shows
6
Passable