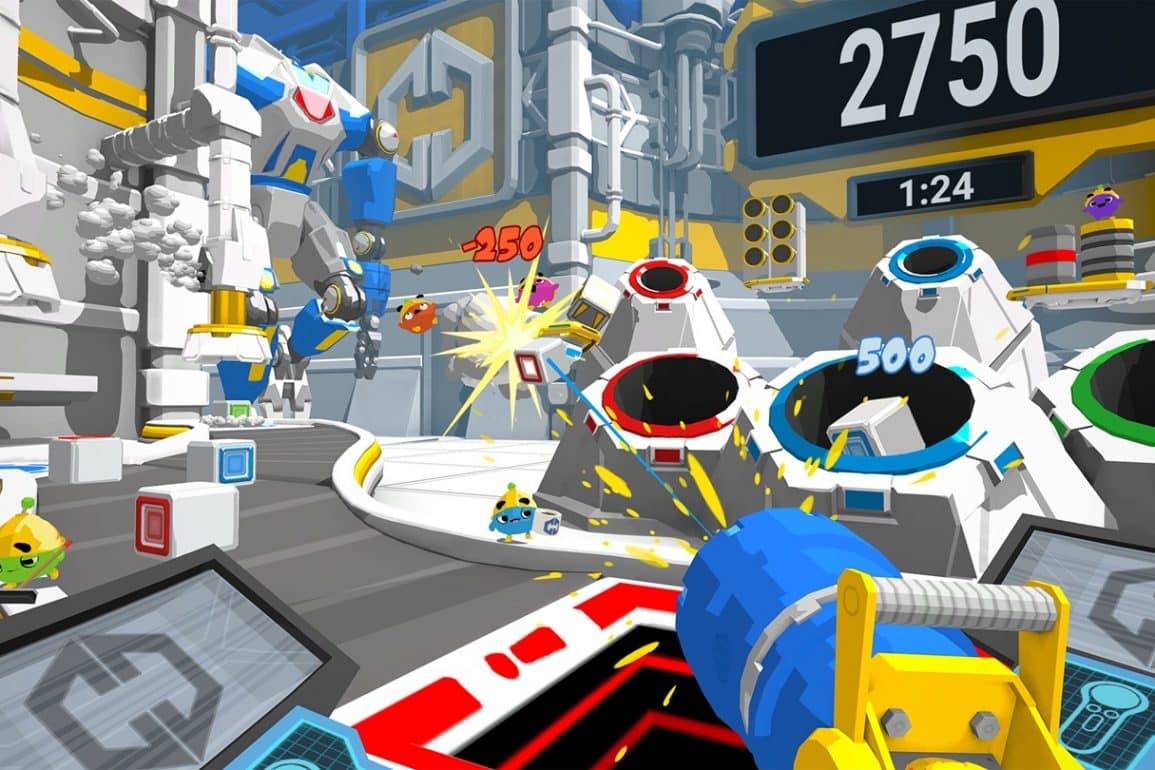 Life As A Lowly Employee In A Robot Factory 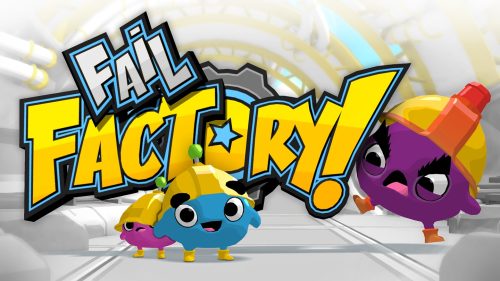 Well, here’s a surprise. An unheralded, cheap-as-chips title, rush-released in a fallow period in the Quest launch schedule. It can’t possibly be much good, right?

Fail Factory puts you in the shoes of a new, lowly employee in a factory which makes giant robots. You are on the production line and are helping to construct the hulking mechanoids by partaking in one of three simple activities – sorting blocks, throwing parts into a recycling hopper, and testing the robots’ walking ability by remote controlling them with levers. It’s structured like a number of decent mobile games, containing levels which take a couple of minutes to play and which are ranked out of three stars. Do better, get promoted to a number of amusing job titles, and annoy your boss – who gets threatened by your abilities from an early stage.

YOUR PLASTIC PAL WHO’S FUN TO BE WITH

It’s simple stuff to grasp, but the challenge quickly ramps up as you make through the levels. Despite the simple premise, it makes excellent use of VR, from rotating, sorting and throwing the blocks to the tactile hilarity of controlling the robots’ legs with joysticks. It all feels chaotic but very finely tuned, with the physics convincing and the background interactions funny and rewarding.

What’s most surprising about Fail Factory, apart from the general air of quality that the game exudes, is the way the difficulty fairly but comprehensively increases as you progress. The mini-games may be simple in concept but they certainly have all the gameplay possibilities mined from them. What you might find to be a simple task at the start of the game quite rapidly becomes an amusingly frantic and panicked challenge just a few levels in. It’s so lovely to see such a well-wrought game making a case for small, beautifully formed games in VR without it feeling like the budget is a compromise.

It’s an excellent and accessible game. It has a lovely sense of humour that’s vaguely redolent of Job Simulator, with its gentle spoofing of corporate employment culture. The graphics are smooth and vibrant; bold sweeps of cartoony colour and endearing little robot critters are the order of the day. It’s an ideal, kid-friendly party game, great for passing round the headset. At this frankly silly price it should be a no-brainer addition to your game library, whether it’s your first dip of the toe into the Quest store, or if you’re a VR vet looking for a hearty and moreish snack in-between bigger games.

Fail Factory
TLDR : Summary
I had few expectations when heading into the gaudy open doors of Fail Factory, but ended up being more than pleasantly surprised. An incredibly fun and funny game which is ridiculously affordable, and which displays a level of polish sometimes lacking from even some of the more ambitious big-budget titles on the Quest. Highly recommended.
Concept
7
Gameplay
8
Graphics
8
Audio
7
Longevity
6
User Rating0 Votes
0
Pros
Lovely graphics
Easy to pick up
Amazing value
Cons
Not the deepest experience
8
Satisfying
Get it on the Oculus Store
Fail Factory