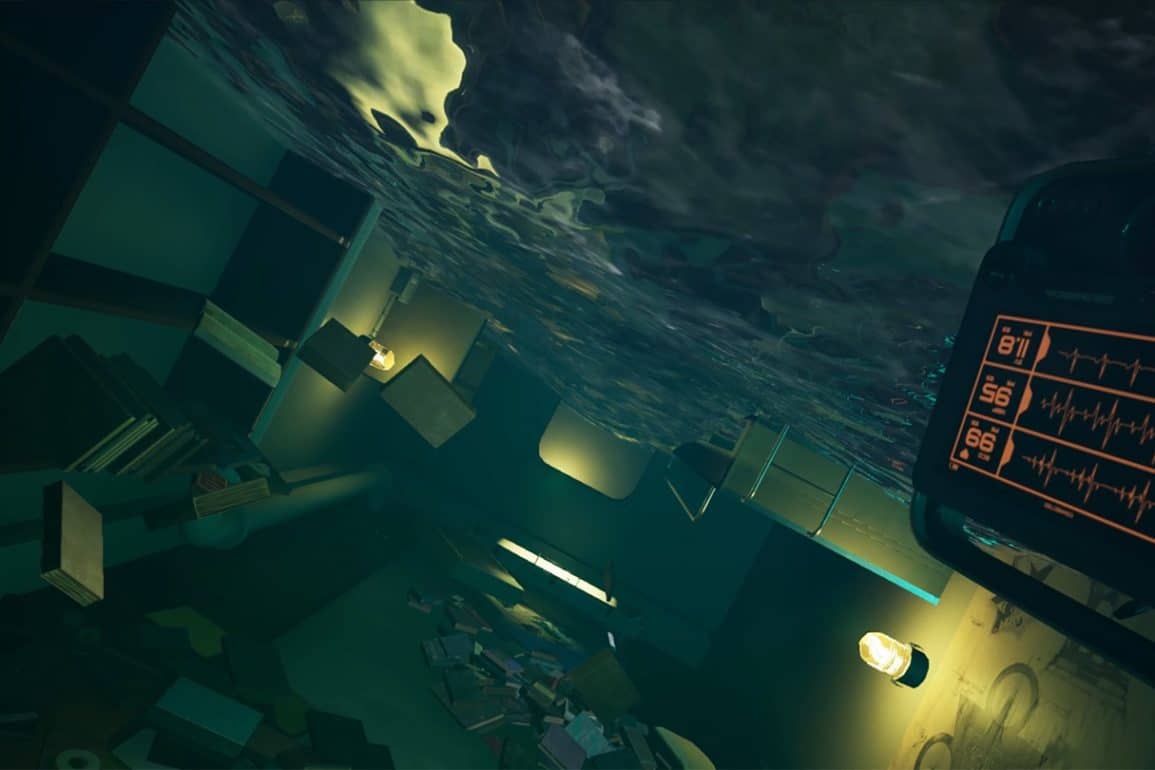 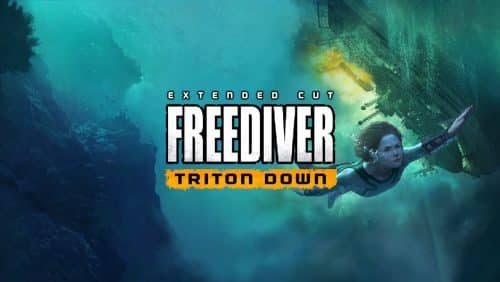 There are quite a few titles on Quest which allow you to be a passive observer of undersea vistas. It’s a perfect setting for VR in many ways; an experience few of us will regularly have – if at all, full of intrigue, beauty, and the frisson of fear and the unknown. Freediver: Triton Down attempts something more than the usual ‘watching a shark swim past the cage’ experiences, offering an exciting narrative married to unique swimming locomotion. Let’s see if it can handle the pressure.

Freediver: Triton Down begins with a tutorial that introduces some elements of the gameplay and some tendril hints of the coming narrative. It’s about underwater exploration and swimming, with some archaeology thrown in. Think an aquatic-only Tomb Raider in the first person. Movement is really pleasing, achieved by using the Touch controllers to physically make a swimming motion, and your head to point you in the direction you want to go. It’s immersive and convincing – not to mention pretty tiring if you put your all into it. It’s definitely one of those games that’ll provide you with some exercise, whether you want it or not. Freediving means not having an oxygen tank, so you’ll have to keep topped up with air pockets and the occasional scuba tank you find as you explore.

It all works really well but lulls you into a false sense of relaxation. As soon as the game starts proper, you’ll find yourself aboard a sinking, capsized ship – the Triton of the title – surrounded by the drowned bodies of your crewmates, in cramped and claustrophobic conditions. You have to survive and uncover the plot. It’s a total change of pace from the mostly chilled-out tutorial – and a refreshing one.

What follows is an exciting, often very stressful, energetic narrative game. As usual, I’m not going to be spoiling anything for you, but the story is sound enough, and the setting itself is fantastic. What I can say is that the experience is short, maybe an hour or two. I didn’t mind this; I think the claustrophobic nature of the game is not suited to long play sessions, and it could definitely outstay its welcome. It’s also pretty cheap for a Quest game.

A few things are holding this back from being as good as it could be. Having not played other versions of the game, I’m not sure if some of the technical shortcomings are down to the Quest conversion. The most disappointing thing is some of the graphics, and first impressions aren’t great. There’s a lot of aliasing, meaning you’ll see pixelated text and an ugly shimmer to details. The other most glaring thing is the surface of the water. Under the waves looks great – above it, the sea looks like bluish tinfoil. Both issues are highlighted in the opening minutes of the game; after that, thankfully, the graphics take an upward turn.

In the closing moments of the tutorial, something happens which causes seawater to drain away, and I found myself suspended in the ‘wrong’ position, flapping about on dry stone. It highlighted the fact that, to the game, I was effectively a torso with arms and nothing more, like Slimer from Ghostbusters, and broke the immersion somewhat. This might not happen to everyone, but there’s an occasional lack of polish to the game which this sort of thing illustrates.

Overall though, I really enjoyed my time with Freediver: Triton Down and would be thrilled to play a sequel.

Freediver: Triton Down
TLDR : Summary
Freediver: Triton Down is really a great example, in many ways, of what can be achieved in VR to sell a story and genuinely immerse players. It's not the longest or most polished of experiences, but it's certainly worth diving into.
Concept
9
Gameplay
8
Graphics
7
Audio
7
Longevity
3
User Rating0 Votes
0
Pros
Excellent locomotion
Novel concept
Well-paced
Cons
Some disappointing graphics
Lacking finesse
Abrupt ending
7.5
Buoyant
Get it on the Oculus Store
Freediver: Triton Down