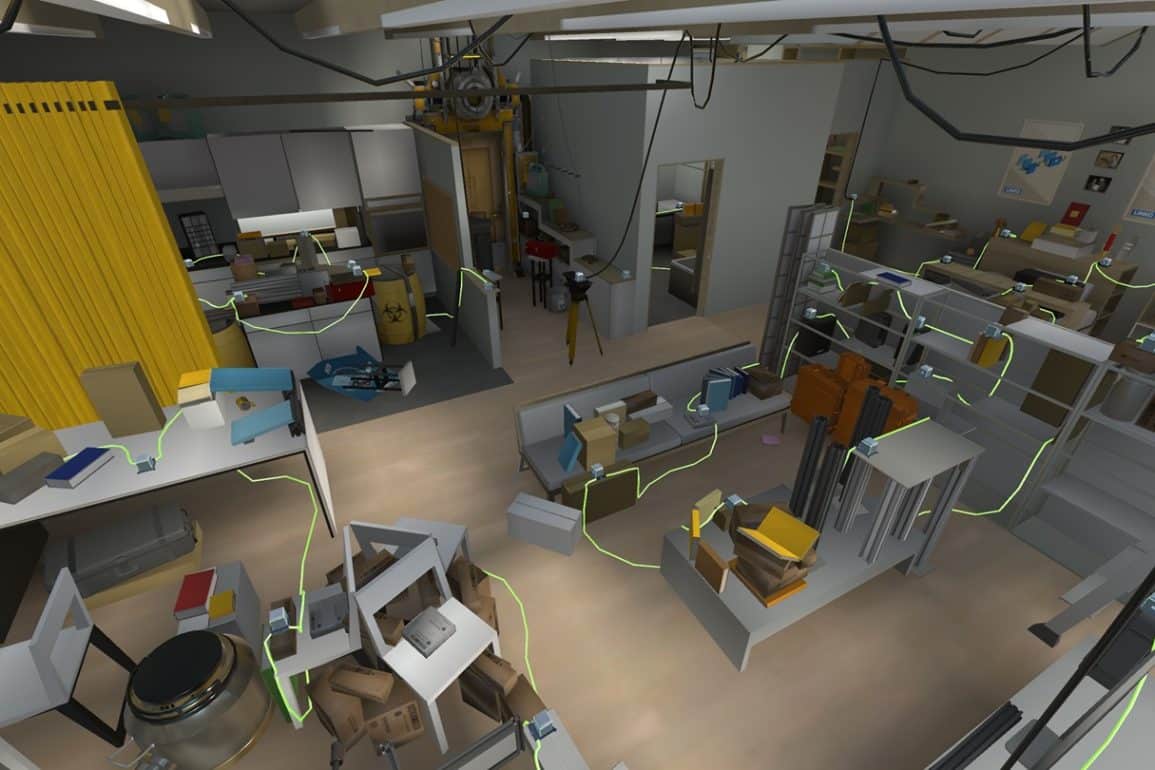 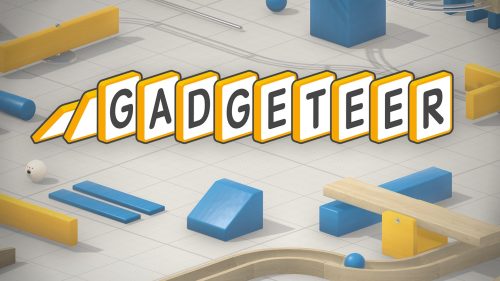 VR really is an amazing medium for videogames It can give players such a sense of involvement and immersion that it can be used to astonishing effect. Many experiences focus on empowering the player, transplanting you into the body of a time-altering ninja assassin, a dancing Jedi who is at one with the heartbeat of the universe, or a God. Gadgeteer puts you in the shoes of someone who’s recently moved into a modestly pleasant apartment and likes arsing about with marbles and dominoes.

That might sound like I’m taking a pop at Gadgeteer for its lack of ambition, but I’m really not. I’m a big fan of VR experiences which set out to replicate familiar real-world conceits without the hassle or mess of setting up or cleaning up afterwards. Things like fishing, board games, or being a hitman. We’ve all been fascinated by YouTube videos of silly but ingenious machines at some point. Gadgeteer gives you the chance to mess around with marbles, dominoes, ramps and such, without all of the tedious and time-consuming vortexes of sticky tape and disappointment that go with it.

There are two main modes in Gadgeteer; Puzzle, and Sandbox. Puzzle mode puts you in a room with 60 different conundrums to solve sequentially. They all involve pressing a button that sets something off, either a domino falling or a ball rolling or somesuch, and it’s up to the player to place other dominoes, ramps, and shapes to ensure that the next button in the sequence is pressed. There’s a good sense of player agency throughout, with enough components available to solve each puzzle without it feeling like the designers are proscriptive. Every discrete puzzle is shown as part of one larger circuit in the apartment setting, and it provides an excellent impetus to see the bigger picture as you progress.

That sense of progression, however, is a little slow. There’s a decent tutorial, which carefully explains the basics of placing, duplicating and deleting blocks using the multitool attachments for the virtual controller, and the win condition for each puzzle you’ll face. After that, Puzzle mode continues to teach you the game’s ways, to the point which it just seems the wrong side of patronising. It’s a few small puzzles in before it burdens you with the heady responsibility of releasing a marble on a ramp. It might work for some; the game wants to be accessible, and it wants you to understand each step you’re making, but I think some might feel a bit stifled by the early game. The complexity and depth of the puzzles certainly increase to a decently involved level later on, for sure, but some players might have wandered off in search of some aliens to stab before then.

Sandbox mode certainly provides a lot more scope for the easily bored, however, giving you access to all of the game’s gizmos so you can make your own pointless but fascinating masterpieces. The sense of freedom and fun of this mode is where Gadgeteer really feels like it’s letting its hair down, and where it provides the most fuel and kindling for the imagination. It’ll be fascinating to see the machines that players come up with now the game is released.

There is so much to commend and admire about this game. It sets out with a clear idea of what it wants to achieve, which is modest but brilliant. It feels finely tuned and superbly designed. Even though I have my misgivings about the glacial sense of progression in puzzle mode, I’ve no doubt that this is a deliberate decision by a talented dev team rather than an oversight, and it’s my personal preference rather than a failing of the game. The virtual physics are just right, friendly enough to be accessible but still convincing. The controls are quietly brilliant, from the slick switching between tool attachments to the ingenious and convenient methods of movement and navigation. (There’s free movement on the left stick, but you can also ‘grab’ the environment and put it where you want). Everything about the game feels finely tuned, except…

By Doc Neale
In Reviews

If there’s one specific thing that can be singled out for criticism in this otherwise pleasing and well-wrought game, it’s music. It initially sounds benign and inoffensive, but within a couple of minutes at most, it will start to drive you crazy. It’s tuneless and weird, and its vapidity will begin to drill into your brain very quickly. If you’ve ever watched How It Works and marvelled at the way incidental music can be so aggressively and invasively bland, then you might have some idea what to expect. So, you turn the music off, and another problem becomes apparent.

THEY LET THE DOGS OUT!

As I’ve said, the game is set in an apartment. For reasons which might have seemed like a good idea at the time, the soundscape involves a loud, regular sample of a dog barking outside. At best, this is an incredibly annoying distraction. It’s the sort of situation that you’d go into VR to escape; a neighbour having a noisy dog is something no-one enjoys. Worse still, if you’re a dog owner in real life, as I am, then be prepared for the virtual barking to set your actual dogs off doing the same. It’s not a happy experience for anyone, and I’ve no idea why the devs thought this was a suitable inclusion. It’s so much of an issue that I’m marking the game down because of it. It’s one thing having to turn the music off in a game if it isn’t to your liking, but to have such poorly judged audio that you have to turn all the sound off is bad form.

REVIEWERS EDIT: The developers have wisely listened to everyone except the dog, and they’ve taken the barking asshat out of the game. So they get a gold star for excellence, and Gadgeteer gets upgraded to a more than solid 8.

There are only a few minor niggles elsewhere. There are occasional frame-rate dips that the devs inform us should be fixed by release. Having played the PC version, it’s evident that there are some textures that have been downgraded for the Quest in such an ugly and lazy fashion that you wonder why they weren’t omitted entirely. It’s not enough to distract from the game, but certainly worth mentioning.

Gadgeteer
TLDR : Summary
A mostly polished and satisfying puzzle faffer, which sets out to please rather than wow and succeeds. Play it with the music off.
Concept
8
Gameplay
8
Graphics
7
Audio
6.5
Longevity
7
User Rating4 Votes
7.1
Pros
Great idea, well-realised
Excellent controls
No cleaning up
Cons
The music is awful
Occasional frame rate skips
Puzzle mode is a slow burn
8
Nifty
Get it on the Oculus Store
Gadgeteer