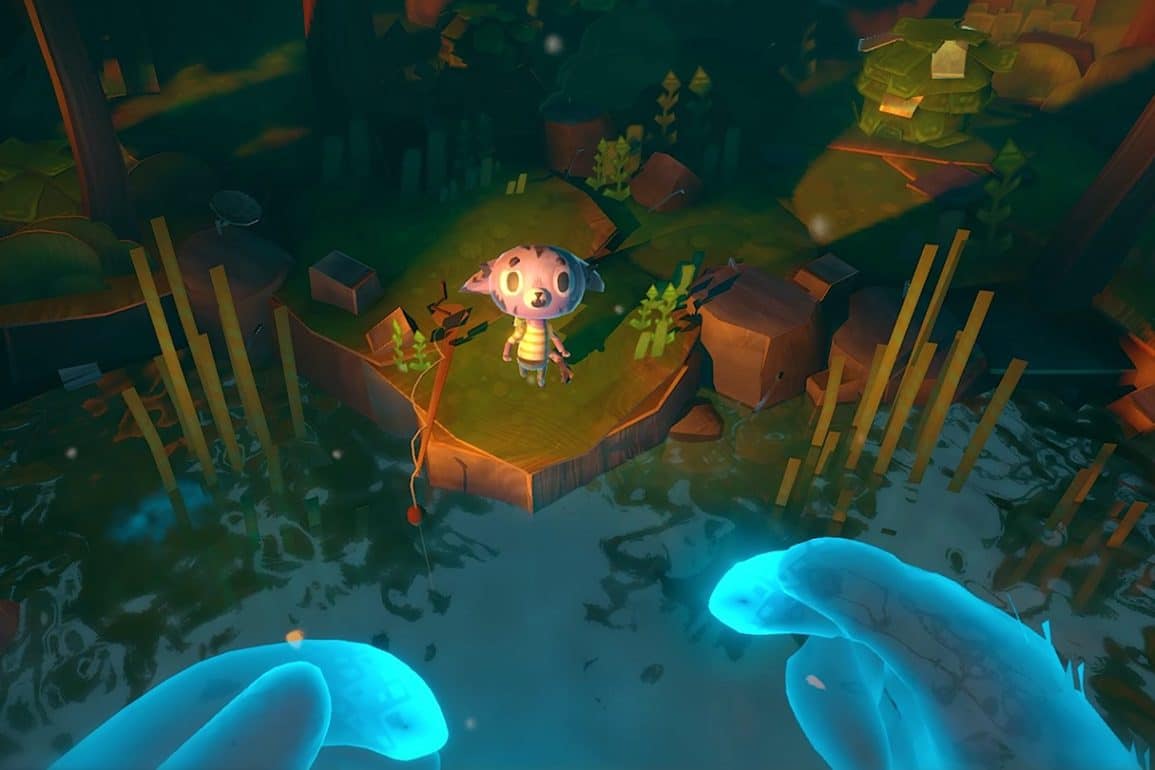 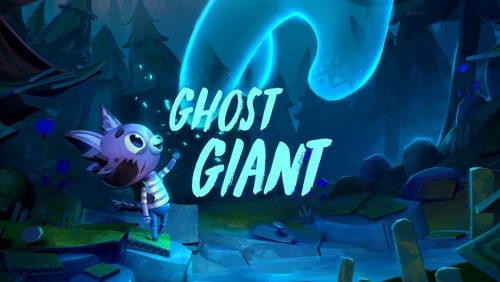 Charm can be a subjective thing, granted. Still, for my money, there are far too many games out there which are cynically designed to be cutesy and appealing, and of course, end up wide of the mark. Will Ghost Giant, the latest VR title to make its way over to Quest from PSVR, be saccharine or heartfelt?

I MET A MAN WHO WASN’T THERE

As is usual for any story-based game that we review, we’re going to avoid giving anything away that might subtract from the joy of discovery. In Ghost Giant, possibly more than any other game on the Quest to date save Shadow Point, the inquisitive revelation of the narrative is the whole experience. And what an experience it is.

You are cast as the titular ghost giant, a towering presence in a series of discrete whimsical tableaux depicting the life and travails of a beautifully-animated and voiced little guy called Louis. He’s initially terrified of you, as you loom spectrally above him waving your virtual hands. Soon, he realises you are there to help, not hinder him, along his way. With the other characters not able to see you, it becomes clear that Louis is your only friend in this

The gameplay puts you in a fixed spot in the centre of each level, with every diorama stretching out around you. You are free to look around, peer in windows, and interact with a limited number of items in the environment. You have no direct control over Louis; you’ll spend a lot of your time in the game watching things play out rather than constantly having busywork to do with your controllers. The idea of casting you as a ghost is a clever narrative conceit in this regard. It helps the game avoid some (but not all) of the frustrations that can result from not having total agency in VR. Whilst you can pick things up and throw them around, or disturb certain items of scenery, you are a dumb wisp, and the game plays on that. It’s best not to go in expecting Job Simulator levels of interactivity with the environments.

PRETTY AS A PICTURE

As with Moss, Curious Tale of the Stolen Pets and A Fisherman’s Tale, this ‘dollhouse’ diorama perspective works so well in VR, giving the player an excellent vantage point and feeling of loftiness. With good art direction, it can be quite intoxicating, and this is one of the regards where Ghost Giant truly excels. Every level is a beautiful little story and insight in Louis’ world, ramshackle buildings and vehicles and lovely scenery. The characters that inhabit them are perfectly and meticulously animated, with cohesion and consistency that is joyful to behold. The attractive and distinctive art style is appealing and cute without being cloying in the slightest.

ONCE UPON A TIME

What manages to truly stand out is the quality of the writing. The story, by Swedish writer Sara Bergmark Elfgren, is completely and utterly captivating in a quiet and unassuming way. Louis is a well-rounded and appealing character with troubles, and his journey is a convincing one. Not only that, but the way in which the player comes to truly make a difference in his life is an emotionally rewarding and powerful narrative draw. The characters you meet along the way are memorable, well-acted and lovingly designed, and you’ll wish you could get figurines of them in real life when you put the headset away. Whilst having a family-friendly aesthetic, the story addresses some sensitive and quite mature topics with perception and intelligence and goes a long way to being a proof-of-concept for tackling such things in VR.

DOWNS OF A SYSTEM

You can probably tell that this game is going to get a decent score if you haven’t already scrolled down for a cheeky look. There are a few tiny things that might niggle, and I am, of course, honour-bound to point them out.

The first thing that really sticks out is the major oversight that it does not support Oculus hand tracking. If the game had not been previously released for other VR platforms, it would seem like it had been tailor-made for controller-free play using the Quest’s limited (but still impressive) hand tracking. In fact, it would further help the game sell its ghostly player avatar and occasional lack of meaningful interaction. It would also help the game sell…I think in the sea of short narrative experiences and novelty games then Ghost Giant may be unfairly overlooked. A USP like hand-based play might really help it reach the wider audience it truly deserves.

Apart from this, but related, there can be a slight jankiness to the interactions, which is ever so slightly off-putting. Sometimes it can be obvious what to do next, but you have to wait for the dialogue to play out before you’re allowed to do it. It’s annoying enough in a flat game, but here it can be a little too restrictive at times.

There is also an amusing thing which relates to the capacitive buttons on the Touch controllers. Personally, when I am not interacting with stuff on the screen, I hold the handles with my fingers off the buttons. For whatever reason, this makes the default, ‘at rest’ configuration of the ghost’s fingers look like you/he is flipping the bird at everything on-screen. It caused some hilarity for my family watching along, and it is amusing… But it hardly makes a case for the ghost being a sensitive ally to a character with mental health issues when he’s stood there swearing gigantically at him with both hands.

YOU REALLY GOT ME

To spend a few minutes in Ghost Giant‘s storybook world is to fall in love with it. This is one title that could definitely run the risk of tipping over into being overly sentimental, but the classy presentation, art and writing walk the line with grace. If you like decent and emotional stories with heart, and the idea of helping out the little guy by using modest supernatural powers is appealing, do not hesitate to pick this up.