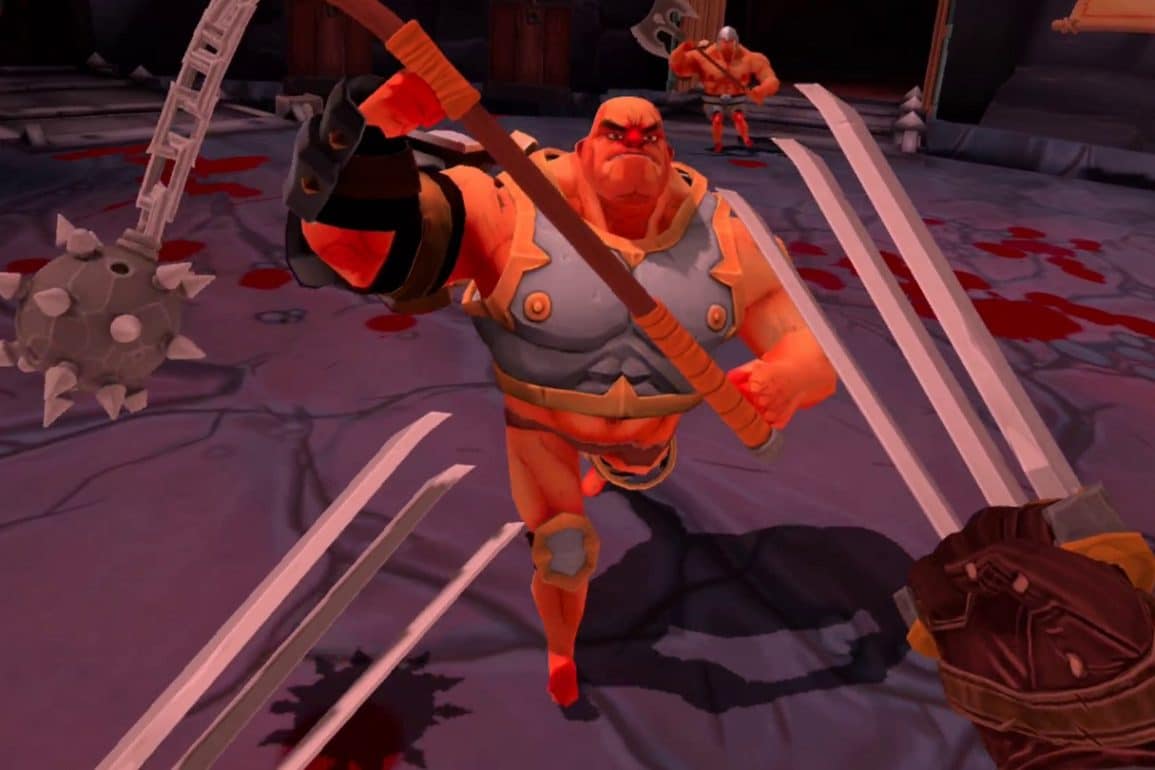 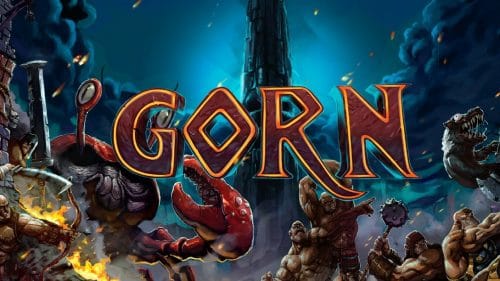 Certain moments in VR stay with you for a long time after you shut off the headset. Crushing a man’s head with a pair of lobster-claw gauntlets may, unfortunately, be one of them. Gorn is a gladiator-style fighting game that looks silly at times, but it’s also one of the more violent and physical games you can buy in the Oculus Quest store.

Gorn puts you into the leather sandals of an arena fighter who can wield various blades, hammers, and ranged weapons to dispatch your enemies. Fights can be accessed from a central elevator, with passages marked by the name of the gladiator boss inside.

Once you’re inside the arena, it’s a fight to the death against waves of foes. Grab an ax or club and swing it around, and it wobbles and bends like it’s made of rubber, or one of the looney-toon weapons from Who Framed Roger Rabbit. When your weapon connects with an opponent, you’ll often see flying teeth, eyeballs, and blood spatters, along with a sickening thud or squish. You can even pluck out an enemy’s heart and beat them to pieces with it.

The wobbly physical properties of these weapons ensure that the game can keep up with tracking your hand movements. Since your weapons have a generous amount of flexibility, you can more easily guide them around enemy shields or between armor pieces and connect solely with the squishy bits. As a result, the combat feels natural and fluid.

However, sometimes your weapons will get caught against the environment in strange ways. Blades will stretch and snap back like they’re made of taffy, and the dismembered limbs of your vanquished foes will go flying in all sorts of unexpected directions.

Though it’s sometimes a bit glitchy, the combat can also be unintentionally hilarious. That’s because the loose physics extends to the gladiators you fight against. Your opponents will hop around like barely-tethered helium balloons. They’ll wave and waggle their weapons, clanging against their armor or hitting other gladiators around them. This can lead to surprising unscripted outcomes, like when they wildly swing their mace and accidentally hit another gladiator, damaging an arm or leg.

Just don’t expect as many surprises when it comes to character models. Despite wearing different types of destructible armor, your basic opponents all share the same face and body type and can get a bit dull.

Only the bosses have completely different looks and play styles, making them the highlight of the game. One boss wears honey badgers on his arms, while another rides on a giant crab. You’ll also encounter a new type of floating, exploding enemy, but only in the final battle.

Like the enemy variety, the audio in the game is a bit disappointing. While each round is supposed to begin with a dramatic gong, it often didn’t play at all or, when it did, sounded very distant. The grunts and screams also sound generic, but it is fun when enemies growl and curse at you in a made-up language.

In terms of replay value, you can customize an endless onslaught of enemies, selecting your favorite weapons and physics settings. Giant mode, for example, makes you feel like David vs. Goliath, or perhaps Ant-Man vs. Thanos. However, without a high-score system or leaderboards, there’s not much point in replaying Gorn endlessly, especially since so many of your opponents look the same.

Despite its flaws, Gorn is a fun gladiator game for those who aren’t afraid to get their hands dirty— at least, in a simulated sense. While you may not literally feel the blood of your enemies splash onto your leather sandals, Gorn does put you right up close to the violence, with all sorts of yucky dismemberments and brutal damage modeling.