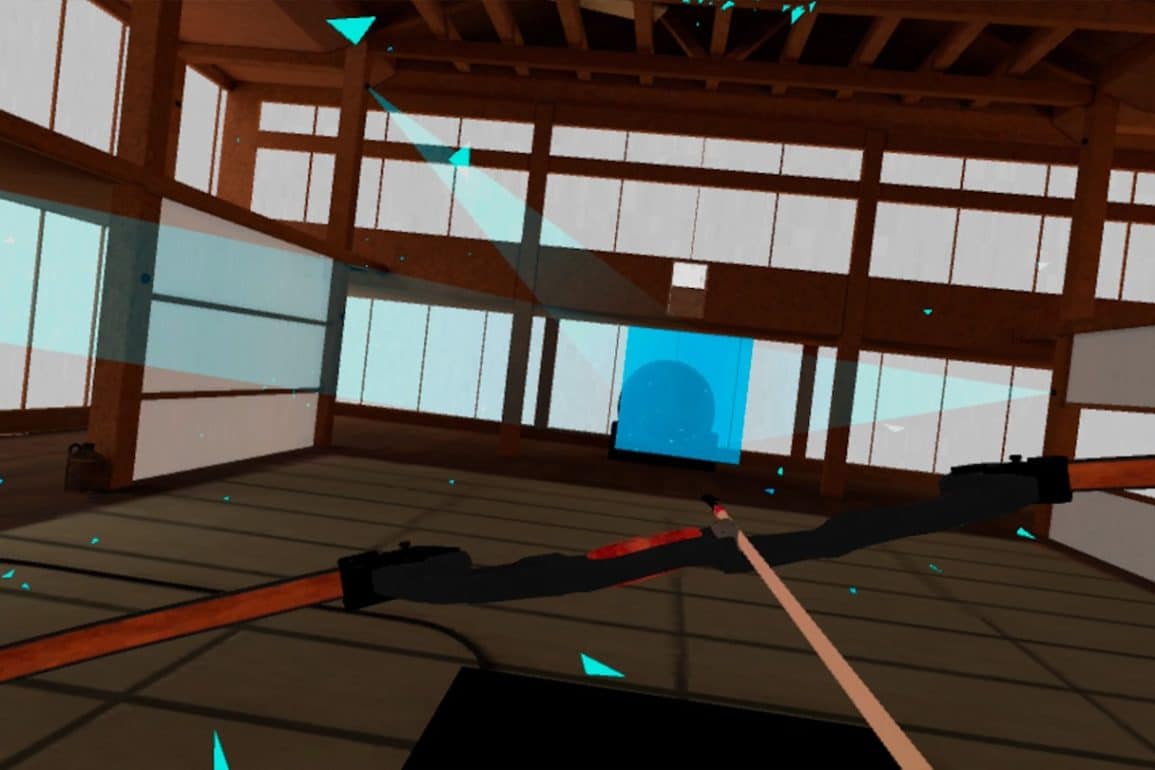 A Simple Yet Demanding Archery Game 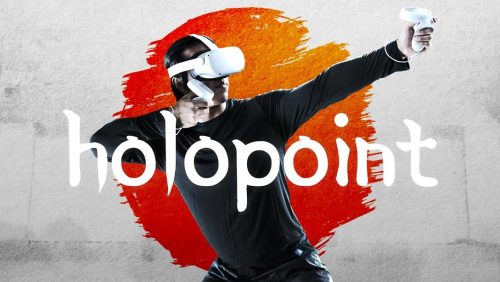 Having played the Quest version of Holopoint, it’s almost impossible to believe that I once lost hours to the game in its original PCVR incarnation on Steam. It was one of the very first games I bought for the HTC Vive; I found it thrilling. It still is – but the fact that I put up with trying to manage the trailing wire to my computer whilst engaging in the acrobatics that the game demands makes me shake my head in wonder. It’s a testament to how engaging the game is and what a natural home it’s now found on the delightfully untethered Quest.

Holopoint’s premise couldn’t be simpler: You’re in a dojo, armed with a bow and arrow. Holographic cubes are projected around you, and you have to shoot them as quickly as you can. If you leave them floating malevolently in the air, they will fire a projectile at you. If you take them out with an arrow, they will fire a projectile back at you as they die. So shoot, and dodge. It couldn’t be more basic, really. There are only two game modes, the campaign mode and a customisable time-trial mode. That’s it. There aren’t even different rooms to choose from – just ever-trickier waves of vengeful, holographic sods.

So what’s up, Doc? Why does this deserve my $14.99/£10.99? This sounds more like a Sidequesty affair to me. Well, perhaps. But for all its simplicity, there’s an inherent quality in the way it has been crafted and honed. It might not set out to change the world, but what it does, it does brilliantly. Sometimes clarity of purpose works well for VR and the short-form nature of play that the medium demands.

Be aware, though: Holopoint is a real workout of a game. You need to be very active and have a large play space to even have a hope of getting past the first few waves. You need to spin, duck, and weave constantly. You have to get into the zone with it and be aware of the sounds around you, focused and attentive. It will make you fitter if you play it regularly; it’s worth building into your VR fitness regime if that’s your thing. It will leave you feeling like your senses are being honed. It is also exhausting and demanding as a result, even for those of us who are a bit more used to flinging ourselves about in VR.

IS THAT ALL YOU GOT?

I can certainly see the viewpoint that the game could be more substantial, have a few more tricks up its sleeves, or some bells and whistles. It would be good if there was a choice of environments or some alternative skins for your transparent nemeses. But it doesn’t feel barebones for the lack of these things; it’s a deliberately streamlined, consciously deft and straightforward affair. It’s tightly-focused on what it does, and it wants the player to be, too. If you buy into that, it will reward you with exhilarating gameplay that’s always going to be worth a few minutes of your time a day, for as long as you own a Quest.

Down The Rabbit Hole | Review

The graphics are simple. The dojo/room that the gameplay takes place is reminiscent of a first-generation Oculus Home environment. ‘You aren’t here for sightseeing’, the game would bark at you, if it was a person, probably whilst chomping on an unlit cigar. The sound is simple but effective. The audio-visual feedback is excellent, giving you all the cues you need to make the constant spin-fire-duck-dodge a matter of reflex and skill rather than guesswork.

That’s pretty much it. It won’t be for everybody, but then the Quest is a broad church. There’s a slightly less frantic and more meaty experience waiting for wannabe archers in the sublime In Death: Unchained, for example – but no other game in VR is going to train you up for The Hunger Games as effectively and unrelentingly as Holopoint will.

Holopoint | Review
TLDR : Summary
Holopoint is a simple, knackering, and highly enjoyable archery/fitness experience perfect for quick, intense sessions. If you've got the dedication, stamina, and floorspace to master it, it'll be one of those go-to titles in your library for sure.
User Rating0 Votes
0
Pros
Exciting
Polished
Quest is best
Cons
Simple
Lack of variety
Not for everyone
8
On Point
Get it on the Oculus Store
Holopoint