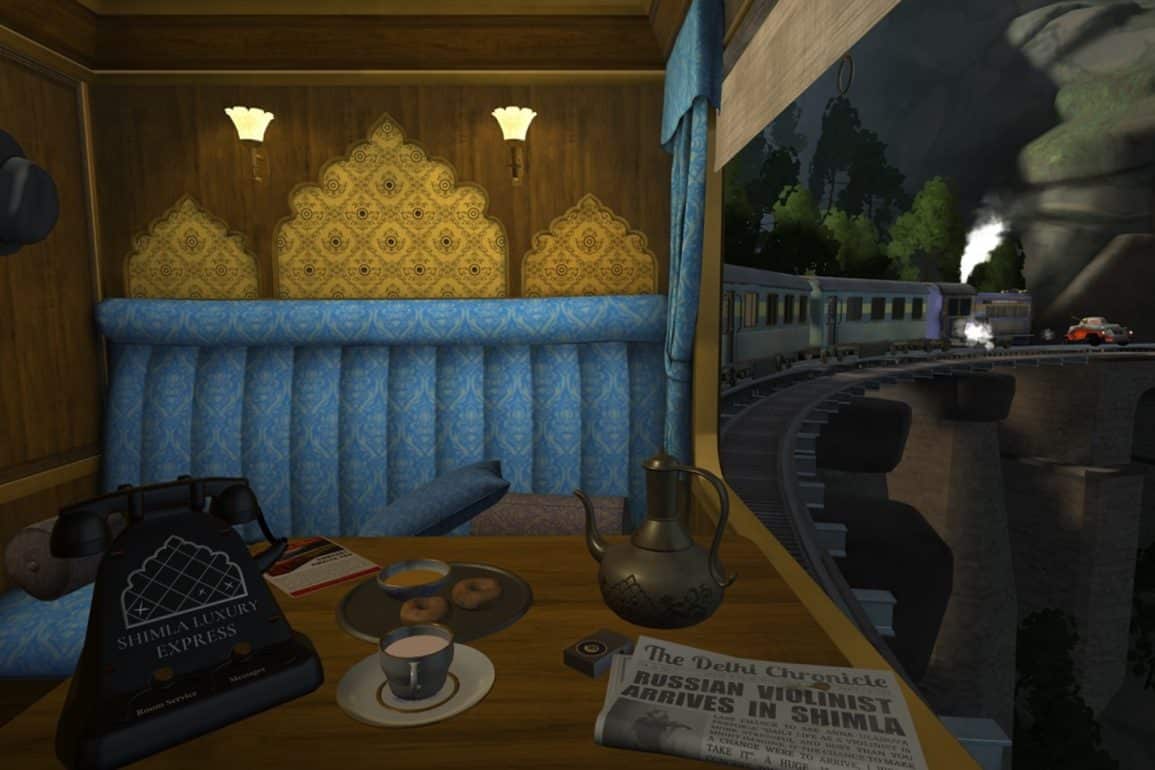 I Expect You To Die | Review

Since they both have Q-level future tech, James Bond and Oculus Quest VR seem a natural combination. Who wouldn’t want to step into the virtual tuxedo of the smoothest super-spy in history or at least a reasonable approximation? With its high-quality humor, excellent production values, and intelligent level design, I Expect You To Die captures the spy genre perfectly, then locks it in a room with lasers, poisonous gas, and evil assassins.

You play as an unnamed secret agent trying to thwart an arch-villain, Dr. Zor, whose nefarious plans include multiple doomsday devices. There are a total of six scenarios with classic spy setups, like driving a car out of a plane or infiltrating a chemical lab. You’re guided through these missions by a chief handler with a smooth British accent. Your handler will gently tease you by overstating the simplicity of each mission and then promising a well-deserved vacation after you narrowly escape death.

I Expect You To Die is a sit-down game, so you won’t have the opportunity to explore room-scale environments, but even seated, you’ll find a lot to interact with. Hidden compartments hold guns and cash, and innocuous decorations contain vital clues. Interactive items turn your reticle blue, so you’ll rarely feel like you can’t find the tools you need to solve a puzzle.

To interact with items beyond your reach, your super-spy also has psychic powers that allow you to grab items from a distance, rotate them, and make them float for your convenience. It all works seamlessly to make the gameplay feel natural, even if the psychic powers don’t quite match the spy genre.

What matches quite nicely are the numerous callbacks to Bond films and even parodies like Austin Powers! In one scene, toxic gas spews out of a stuffed deer head. In another, you can activate deadly trapdoors beneath boardroom seats. Though you never see the game’s villains in person, dialogue delivered through recordings, phones, and intercoms paints a vivid mental picture of the type of bad guys you’re dealing with. One is even voiced by Anthony Daniels, C-3PO himself.

Solving each scenario requires some trial-and-error, as mistakes can easily result in your demise. This only becomes frustrating as you approach the end of a level and have to figure out a way to avoid death after several minutes of meticulous setup. The stakes always feel high, requiring you to think your way out of a situation with the pain of virtual death a constant threat. There’s nothing like a self-destruct sequence countdown to motivate you, and it’ll leave your hands shaky as you try to input a code or solve a puzzle.

By Andrew Anderson
In Reviews

This level of immersion and pitch-perfect level design is I Expect You To Die’s greatest asset. The levels are finely polished, with multiple solutions and hidden achievements. That alone will make you want to play them over and over again. In the end, it only took me about three hours to beat the game, but doing so unlocks a developer commentary. The commentary is fun and will give you greater insight into the choices made during the game’s creation. For the truly hardcore, a speed run achievement for each level will test your skills and mental fortitude.

Although the number of levels is somewhat limited, the developer, Schell Games, has already updated the Quest version with an extra mission called ‘SEAT OF POWER’, so hopefully, we’ll see more missions added in the long run.

Like VR gaming itself, the potential of I Expect You To Die’s clever world of spycraft is limitless. I wish there were more levels and scenarios to fight through, and maybe a bit more gunplay. Room-scale shootouts, face-to-face confrontations with the villains, and perhaps mixing that perfect martini might make good fodder for the sequels. Like the Bond films, let’s hope I Expect You To Die goes on for fifty years.

I Expect You To Die
TLDR : Summary
With its high-quality humor, excellent production values, and smart level design, I Expect You To Die captures the spy genre perfectly, then locks it in a room with lasers, poisonous gas, and evil assassins.
Concept
9
Gameplay
9
Graphics
8.5
Audio
9
Longevity
8.5
User Rating6 Votes
8.6
Pros
Excellent level design and VR puzzles
Great humor
Multiple achievements
Developer commentary
Cons
Seated experience only
Needs more interactions with villains
Eventually, it ends
9
Awesome
Get it on the Oculus Store
I Expect You To Die