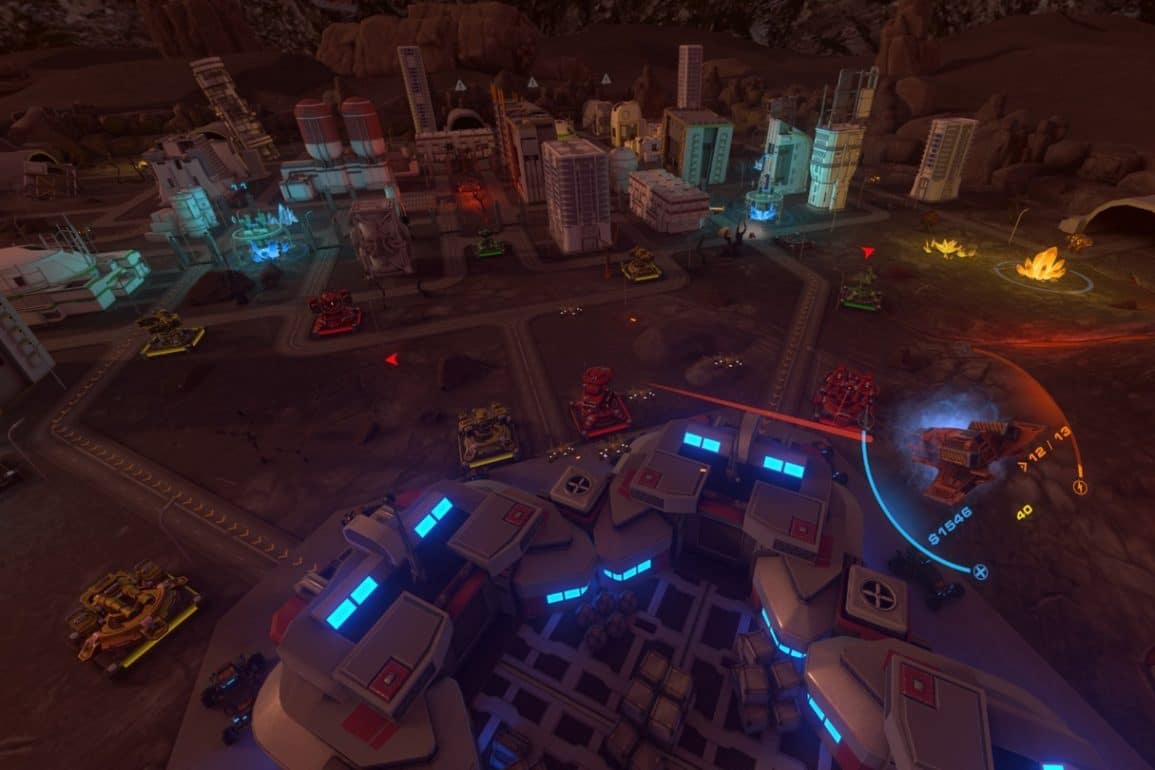 Tower Defense in VR, Because Why Not? 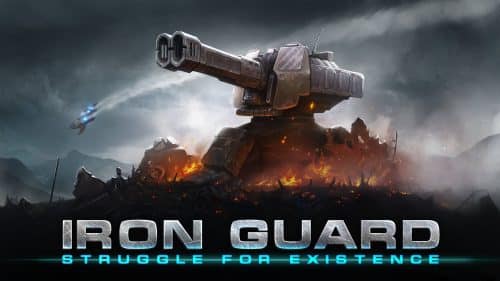 Iron Guard is cursed with a name so generic that it feels like it could have been generated by a particularly dim-witted AI whose neural network was fed a sparse diet of movies from the late 80s. Luckily, however, its gameplay and polish make up for its uninspired title, and soon after taking it out for a spin, you won’t particularly care what it’s called.

Priced at only $14.99, but at the time of recording, being sold for a discounted $11.99, Iron Gate, sorry, Iron Guard is a great little sci-fi themed tower defence game that’s as easy on the eyes as it is on the wallet.

If you’re a tower defence fan, there aren’t really that many choices on Quest. I’m sure some of you will correct me and mention one or two games on App Lab or SideQuest that I don’t know about – and please do – but I’ve only seen the far more creatively titled Captain Toonhead VS The Punks from Outer Space, which tried to mix up the third person tower defence thing with some first-person shooting by having you occupy the towers you build.

In any case, Iron Giant, sorry, Iron Guard, tells the story of a band of people whose ship crashlands on a distant planet; their terraforming robots go crazy, start replicating like mad, and continuously try to destroy their owners. Along the way, the story is told through thankfully concise exchanges that happen at the beginning of every level, and some philosophical points are scored about the dangers of trusting machines too much and implanting potentially hackable neural circuits in our brains.

So that’s all the story you need, and off you are, tower defending. You can build various turrets, use road blockers to diverge and complicate the machines’ path, and in a nod to the Command and Conquer games, you mine coloured crystals to increase your income. You can also upgrade all your buildable towers, so pretty soon, your regular turrets, your laser turrets, your rocket turrets, and your electrical turrets can turn into terraforming terminators.

Like Captain Toohhead, Metal Guard, sorry, Iron Guard – does allow for some first-person pew pew, in the sense that your right controller also pilots a small spaceship that you can use to fire away at enemies as they approach your headquarters.

Iron Gear, sorry, Iron Guard, has 30 levels and can be pretty addictive while it lasts, although the difficulty ramping is a bit inconsistent. I had more trouble with some infuriating mid-game levels than I did towards the end, but that could also be attributed to the fact that, by the end, I had unlocked all kinds of upgrades for my turrets and superweapons.

The graphics in Iron…okay, okay…Iron Guard are crisp and clear; most enemy units are easily distinguishable, the environments are varied and colourful, and atmospheric effects lend a visual flair to the action.

The music is nostalgic, but in a good way, absolutely sounding like it was heavily inspired by the military marchy heavy electronic guitar riffing of Red Alert 2. It’s perfect for this kind of game, and the tracks are good enough and varied enough that they continue to motivate you throughout the game’s run.

Iron Guard is a great game and one that’s very easy to recommend for Quest owners who enjoy Tower Defence games, and it’s being sold at a perfect price point for a game that’ll keep you engaged for a good few hours while you fend off evil terraforming robots.

And no, it’s not particularly innovative, and it may not revolutionize gaming by some unique use of VR, but…does it have to?