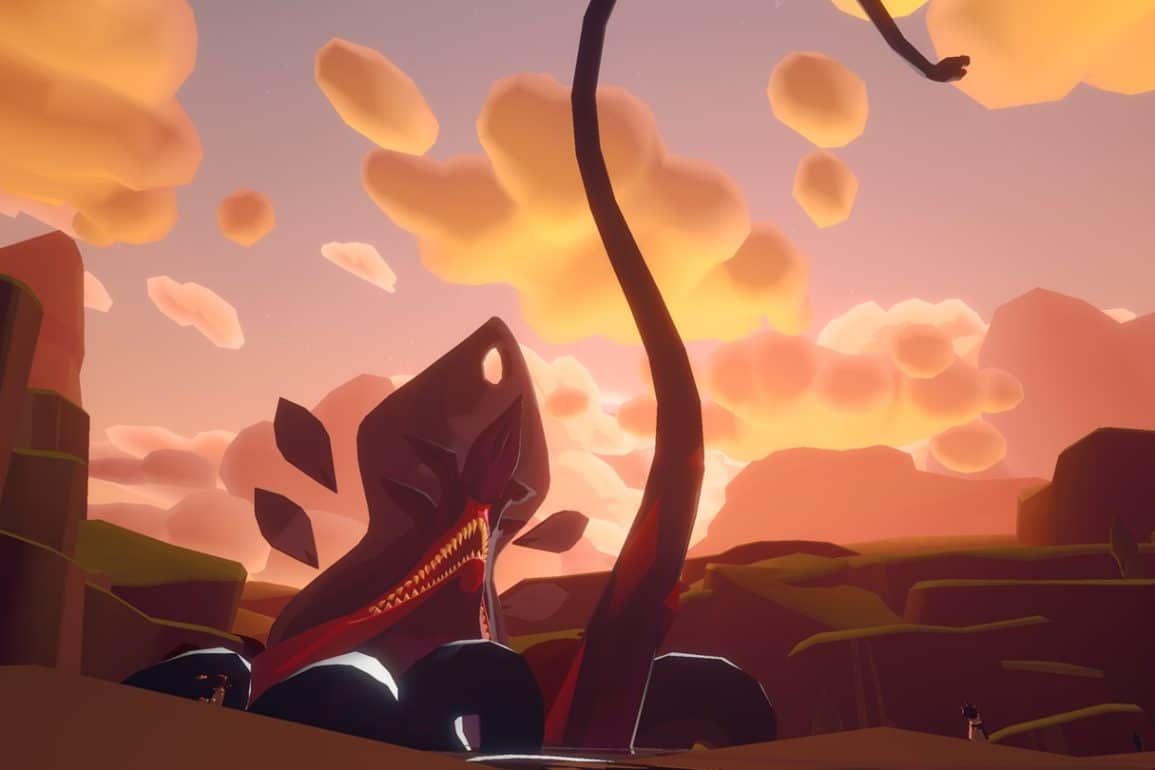 Journey of the Gods | Review 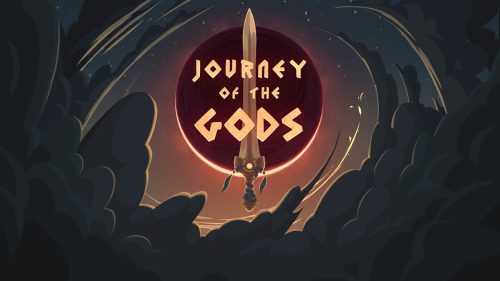 Released back in May 2019, Journey of the Gods was developed by Turtle Rock Studios and had the mixed blessing of being a launch title. As a brand new IP, Journey of the Gods was eclipsed by games like Beat Saber and SuperHot VR that had huge followings and that were, effectively, system sellers. A demo was available, but most people probably only gave it a brief try before getting back to the grave business of slashing blocks to music. I fell squarely into that category, and only really decided to go back to the Turtle Rock Studios game when, after Christmas, the steady supply of new Quest games dried up for a while. I’m delighted that I did.

Link! Link? Is That You?

Although Journey of the Gods has no relation whatsoever to Nintendo’s franchise of Zelda games, their influence is all over the game. Like Zelda, Journey of the Gods is an action-adventure tasking the player with rescuing a cutely-rendered land. It’s not quite Hyrule, but it’s a great looking place nonetheless, stylized to work within the Quest’s limitations, but with beautiful art direction and some charming design choices.

When the game starts, you’re introduced to the land, and you can see that it’s under attack by various monsters and demons.

What Horrors Have Befallen Thee!

As Journey of the Gods begins, you realize that this once beautiful land has been brought to ruins. It’s been beset by demons, and it’s gods have all been imprisoned, rendered unable to heal the world or protect it without your help. Ironically, you don’t realize the extent of the damage done to the land until the very end.

More Action Than RPG, But Still…

The game has some RPG elements in the sense that you can upgrade your abilities and your weapons. You start off with a relatively weak short sword, a small shield, and a small crossbow with limited ammo capacity. As you visit the various levels, you’ll find sword pieces, shield pieces, and other items that you can take back to the smiths at the starting village. Said smiths will cheerfully use those to fashion weapon upgrades and hand them back to you. Journey of the Gods keeps things simple; as soon as you get a new upgrade or weapon, you’re sent to a field where you’re given a quick tutorial on your new gear, and a chance to practice using it. It all makes for an engaging and amicable experience.

Along with your more traditional sword and shield, you get to use more divine powers. As the game progresses, you find that each little village protects a rather large egg. Once the village is saved, the egg blows open and reveals one of several colorful birdlike gods. These gods grant you various feathers that adorn your wrist and provide you with supernatural powers. One gives you some control over plants, allowing you to turn saplings into full-grown trees, or full-grown trees back into sprouts. Another allows you to slow down time, while others enable you to control sand or fire, and one gives you the ability to hurl lightning bolts at your enemies. To use these powers, you go into ‘god mode’. It’s easy enough to do so long as you have enough mana, and much like the god mode in Asgard’s Wrath, it gives you a bird’s eye view of the landscape, making it that much easier to manipulate things. The game design is intelligent, making you use these powers not just as weapons, but as a way to solve some environmental puzzles to continue your journey.

Unlike most games on Quest, which seem to rely on the Unity engine, Journey of the Gods uses the Unreal engine. However, unlike Red Matter, which squeezes Unreal to attempt photorealism on the Quest, Journey of the Gods utilizes a cartoony art style that would easily look at home on a Nintendo system. The graphics are simple enough in appearance, but beautiful to look at, very colorful, and even get a little sinister towards the last levels of the game.

The game utilizes audio wonderfully. The music score is perfect. It’s light and humorous when it needs to be, and engaging and dynamic when the occasion calls for it, and finally, joyful and inspiring when great victories are achieved. The sounds effects are equally adept, and spatial audio always helps you know where you should be paying attention.

The NPC’s that you meet don’t talk so much as make sweet chirpy sounds, the meaning of which is often hinted at by the icons shown in the speech bubbles above their heads.

By Lori Knox
In Apps

Journey of the Gods has almost perfect controls. Everything works as you’d expect it to, and the tutorials remove any confusion or mystery as to how you should be doing things. The only issue I had during my playthrough was an occasional failure to throw lightning bolts at enemies or rock crystals. This only happened a few times, and even though it was slightly frustrating, it wasn’t at all a serious issue. You run around wherever you want, hacking away at enemies with your sword. You dodge their energy bullets, their rays of death, and the idiots with crocodile-like heads who come charging at you. It’s all a very smooth and surprisingly trouble-free experience. If there’s one thing that can be said about Journey of the Gods is that it’s highly polished.

Although the variety of enemies could be improved, the additions to their ranks are paced pretty well. You’re never quite bored of the enemies coming at you, even if most of them are ones you’ve seen on earlier levels. Journey of the Gods takes you through six levels, and the level bosses are the real stars of the show, and the less said about those, the better since you’ll get to experience them on your own. They are each unique, and not ‘modded’ versions of any of the standard enemies you encounter. If there’s one issue with the game, it might be that it’s a little too easy, and won’t provide much of a challenge to any well-calloused gamer. Having said that, I did play it on medium difficulty, and I’m sure it would offer much more of a challenge on hard.

Journey of the Gods does its best to make you comfortable, providing an optional vignette, three difficulty levels, slow or fast movement options, and various levels of snap-turning. It’s a perfect game for children and for adults alike, providing hours of polished gameplay and a wonderfully cute world in which to experience it.

Rewarding from start to finish, Journey of the Gods might be one of the Quest’s greatest hidden treasures. It’s well-made, endearing, and eminently playable. Suitable for both children and adults who still know how to be children, it’ll provide you with hours of entertainment and wonder. When it ends, you’ll be touched by the beauty of its finale and made sad by the knowledge that your journey is over.

Journey of the Gods
TLDR : Summary
Rewarding from start to finish, Journey of the Gods might be one of the Quest's greatest hidden treasures. It's well-made, endearing, and eminently playable.
Concept
8.5
Gameplay
9.5
Graphics
8.5
Audio
9
Longevity
8
User Rating44 Votes
5.2
Pros
Wonderful art direction
Great soundtrack
Fantastic gameplay
Cons
A bit easy
Not much replay value
9
Fantastic
Get it on the Oculus Store
Journey of the Gods