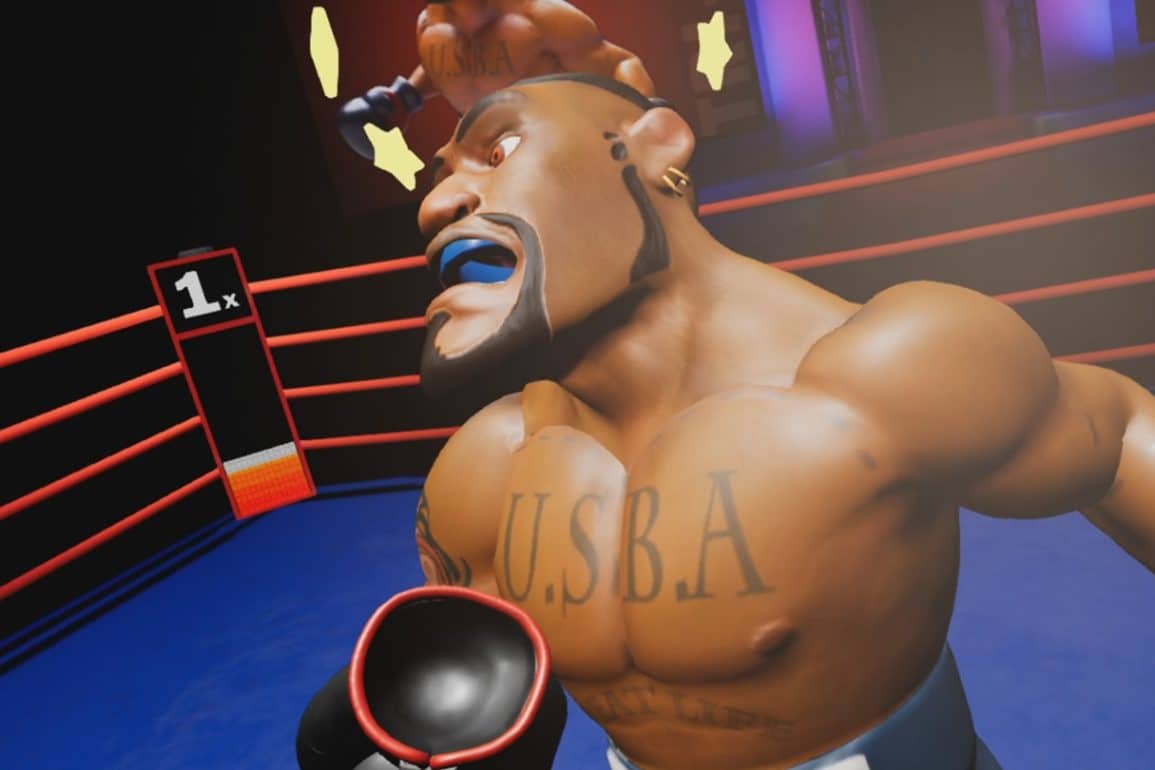 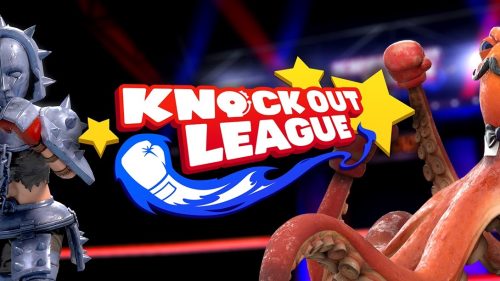 Before starting a bout in Knockout League, the game advises you to check your surroundings. This is so you don’t accidentally one-two punch the wall or uppercut your way through a low-hanging ceiling fixture (like I did). I’d add another Pro Tip as well: Like in Zombieland, you’ll want to limber up first, because those VR boxers will leave you feeling sore.

Their punches don’t actually hurt, of course, but the constant ducking and weaving necessary to get the best of them is far more demanding than what’s required in other VR games. Knockout League even helpfully includes a calorie counter, so that you know precisely how many slices of pizza you’ve worked off with each grueling match-up.

Knockout League’s biggest plus, if you’re an old-school gamer from the NES and SNES days, is its more-than-passing resemblance to Punch-Out!!, the classic 2-D boxing game. Knockout League shares Punch-Out!!’s emphasis on funny, cartoonish combatants, each with an amusing backstory and dramatic tells, so you know when to block, dodge, or throw a punch.

For example, you’ll face off against a pirate captain named Scurvy Jones, who fights with a hook and sword. His pet parrot (who is also his trainer) will telegraph Jones’s punches with a squawk and swipe of his wings. You’ll also fight a dapper British octopus named Sir Octopunch, whose mustache twitches before each tentacle volley or ink-spray. The character design and animation on these boxers are all top-notch, bringing them to life in an up-close and very charming fashion.

You’ll have to be light on your feet to keep up with Knockout League’s cartoon opponents. While the first few opponents can be brute-forced, later fights require you to make drastic ducks and dodges in addition to swinging at the exact right moment. Like real boxing, Knockout League becomes a physical and mental trial that can quickly leave you exhausted. VR fitness fanatics take note— this is a great game to add to your VR exercise routine.

Precision fighting will also earn you a high score on the game’s online leaderboards. A variety of warm-up exercises like the speed bag, heavy bag, and focus-mitts sparring with your virtual trainer will give you more to do than just beat up other boxers. One exciting training mode is Reflex Alley, where targets will launch at you from pitching machines. This mode forces you to move fast and smack them away with the correct glove.

It’s hard to complain about the very minor drawbacks of Knockout League since the core game is so delightful. The arenas you fight in, for example, are cast in complete darkness, with no virtual spectators to slow down the frame-rate. As a result, the cheering crowd can only be heard and not seen, which does make the experience feel a little less immersive.

With nine opponents, the game offers a substantial challenge and even a chance for replay value with a grudge match mode, achievements, and the aforementioned high score leaderboards. Still, I’d like to see even more new boxers in future updates. With Sir Octopunch setting the standard for weirdness, the possibilities for new and unusual fighters seem limitless.

Compared to the Creed demo that comes pre-installed on your Oculus Quest, Knockout League looks less realistic but delivers a much better overall gameplay experience. In Creed (at least the demo— I haven’t played the full game) you can strike more freely, but are constantly, distractingly thrown into a third-person view by staggering punches. While your hits in Knockout League only connect when they’re supposed to, the result is more fun and immersive than its Rocky-themed competitor in the Quest Store.

Due to its intense, physical nature, Knockout League isn’t made for those who like to play their games slowly and passively. It’s designed to get your heartbeat thumping, your arms swinging, and your feet moving, wrapped up in a goofy, good-natured presentation. A promising sign for the future of VR sports games, Knockout League will transport you to a tough, ‘toony arena. You’ll break a sweat. Just try not to break anything else.