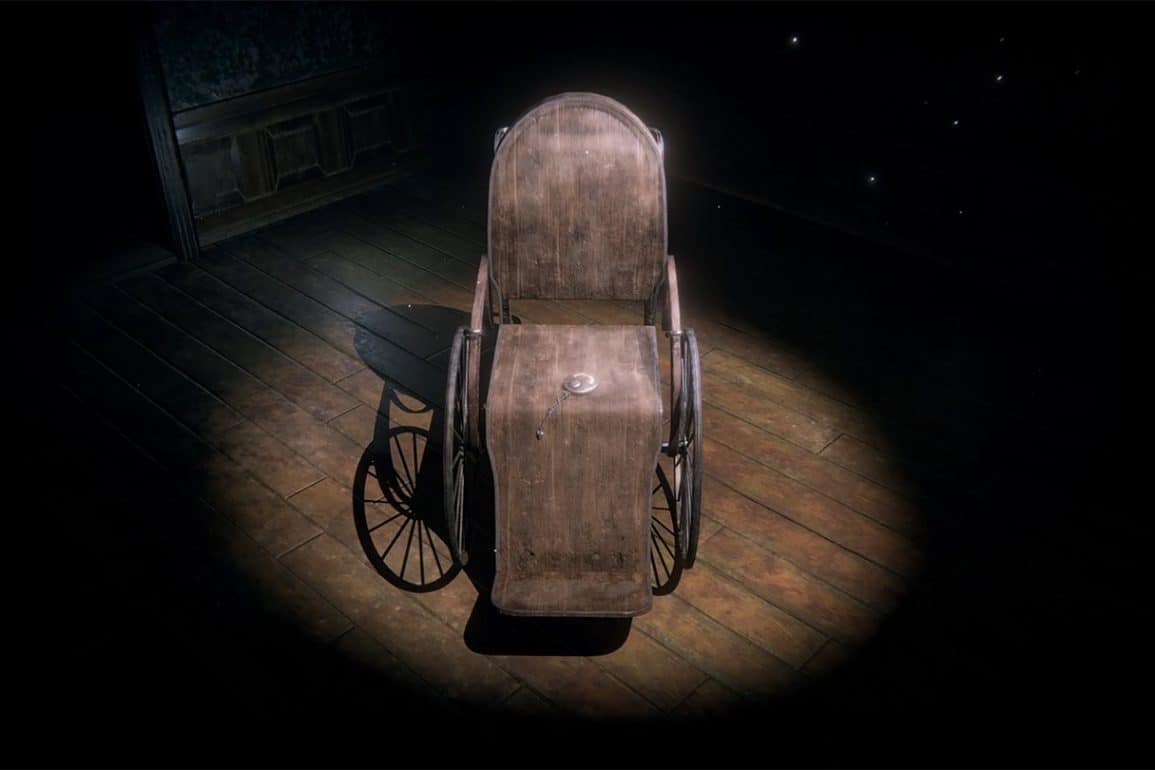 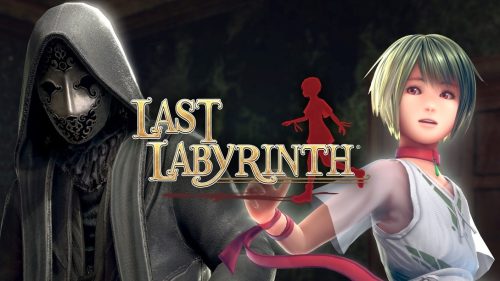 Once every few years, there’s a title that comes along and defines an entire era of gaming. Something which not only excites and innovates but goes as far as actually defining the platform which hosts it. Last Labyrinth is precisely the opposite.

As I’ve bleated on several times before, VR is a bold and relatively new medium which is uniquely placed to offer up new experiences to enquiring and imaginative minds. It can be empowering and liberating and can gift you with virtual superpowers. It lets you weave artwork out of the very air around you, enables you to scale mighty mountains or dodge hundreds of bullets like Rudolf Nureyev playing John Wick. Incredible stuff, exciting times. We haven’t even scratched the surface of where we can go with it. A couple of years ago, a group of talented game creators – with a track record of working on impressive, artistically dazzling titles [team alumni from classic titles such as ICO, The Last Guardian, Shadow of the Colossus – Ed] – had a brainstorming meeting to see what horizons in storytelling they might explore, what boundaries in gameplay they could redefine, by bringing their considerable powers to bear on the mindbending new frontier of virtual reality.

A game in which you play a man strapped tightly to a chair, using a laser pointer taped to his forehead, who can only communicate by nodding or shaking his head. He is assisted in his efforts to complete dreary and unbalanced escape room puzzles by a clueless, ditzy and irritating girl who speaks only gobbledegook.

Doesn’t sound too promising on the page, does it? Rest assured, in practice, it’s even worse.

From the get-go, Last Labyrinth has the feel of a rushed budget title. Despite being in VR, the menus and presentation have the unmistakable whiff of a budget Japanese PS2-era title. It is immediately jarring to have to pick menu options using the head-mounted laser pointer; it doesn’t even mimic the line of sight from the headset, but from the forehead. It feels incredibly clunky – the sort of thing that would have seemed old hat on the Gear VR or the Go. And you don’t use the obvious and natural choice of the trigger button to confirm your selections, oh no. It’s the A button on the right-hand controller, presumably because it matches the in-game button that your wheelchair-bound avatar uses. It just feels wrong, like you’re playing it on the wrong system or something. Testing on the SteamVR version, however, feels even worse…

So, into the game. The player is sat motionless in a wheelchair, with only the head and right hand free to move a little. Trapped in a series of rooms in what I presume is the titular Last Labyrinth, you are accompanied by a generic pink-clad anime girl called Katia. You make your way through the puzzle-based rooms by pointing at objects of ‘interest’ like switches, levers or handles with your forehead so that Katia investigates. If you want her to press or pull or otherwise interact with the thing you’ve pointed your face at, you have to nod to confirm, or shake your head if you’ve changed your mind.

It’s a terrible system that divorces you from the situation at all times, and never stops feeling silly and frustrating. This is compounded by the fact that Katia’s animations and interactions with the world are so painfully slow and clunky, as she laboriously stop-starts and turns on the spot, with rudimentary pathfinding around obstacles that looks so unnatural that it’s redolent of watching character models from the very first Resident Evil. Everything just feels so 2003, and not in any kind of a good way.

Katia speaks a nonsense made-up language, which is no doubt meant to be endearing and mysterious and redolent of Ico, one of the many games that feature in the game’s impressive provenance, but which it completely fails to channel. As it is, it’s one more layer of frustration and annoyance to add to the pile, as you’re subjected to infuriating repeated sentences of gibberish. Katia is so generically designed that she’s instantly forgettable. Despite the heroic attempts of voice actor Stephanie Joosten to imbue her with some character, it never catches.

There are many scenarios where you press a button to complete a puzzle and Katia falls victim to a grisly death if you get it wrong, or, a drawn-out near-death if you get it right. These scenes are meant to tug at your heartstrings, I think, but it all seems a bit too Saw, too tasteless and voyeuristic. It’s the furthest cry from the likes of The Last Guardian, which weaves a tale of empathy and bonding with a virtual companion through shared hardship and touching animation. By the time Katia has died for the umpteenth time in a horrible and drawn-out fashion because you’ve told her to press the wrong button, you simply won’t care at all.

MY WHEELS! MY GOD, I CAN’T MOVE MY WHEELS!

The player is deprived of any and all agency at every turn. There’s no movement, ever. Even when you ‘solve’ a room, Katia moves towards the player to push the wheelchair, and then it fades to black, fading up in the next static position in the next room. I think it’s a terrible misuse of VR, the physical equivalent of being manhandled whilst wearing a blindfold. If they wanted to sell you on the narrative of being wheelchair-bound, then being pushed around just a little would only add to that, maybe even help you bond to Katia a bit more. As it is, there’s never any context. You’re just watching someone else do all the interactions, and have all the fun. During one of the interludes between sections, Katia dances around you on a clifftop, grabs at a stray ribbon, and then falls off the cliff. She dies, you’re forced to watch. Like the rest of the game, but without a single button press to be had.

The game treats you like both a paraplegic and an idiot. It then has the audacity to throw insanely involved and unbalanced puzzles at you, seemingly at random. In the early game, you tell Katia to press a button, and it randomly drops a pot on her head, which she laughs off, and the door opens to the next room. The next room features an involved and time-consuming puzzle with a model train and junction points which has the nerve to be both complex and trial-and-error, and also features an interminably long failure animation which kills you both and is impossible to skip. There’s no balance, no natural sense of progression or gradually increasing difficulty. At all times, there is this constant and despicable feeling of restriction and frustration.

Maybe the Last Labyrinth team thought it would be cool to cast you as a virtual Hector Salamanca, the paralysed, gurning, bell-ringing mute cartel boss from Breaking Bad. At no point does anyone on the team seem to have pointed out that it’s just a terrible idea. And at least Hector got to gurn and ding at people; he was also in a production of inherent quality and class. In Last Labyrinth you just nod at your carer like you’re in the day room of a nursing home, pointing at stuff with your head. There’s nothing to immerse you in the game at all. The graphics are low quality, with dreary and smeary textures that are devoid of interest. There’s not a single room or screen of the game that seems possessed of any originality or wit at all – it’s all so excruciatingly generic.

The halls of Steam are littered with low-budget VR misfires like this; experiments which might cost a dollar or two and which you might head into expecting very little and getting less. The Oculus Quest store should have a far higher bar for entry [if only, remember Drunkn’ Bar Fight? – Ed]. The fact that Last Labyrinth is priced like a premium title, and has such an impressive pedigree, is almost unbelievable. There’s a complete lack of polish across the board, to say the least, from the execrable graphics to charmless animation routines. It’s a shoddy and graceless game which has all the cachet of any number of Unity asset-flips you can find for cheap or for free. Sound is compressed and at times unpleasant – there’s a static interference noise in one cutscene that is so nasty that it’s like the team has forgotten you’re trapped in VR with it. The music is sparse and entirely forgettable. I was genuinely surprised to discover that it had been composed for the game, rather than just ripped from a music library.

A GOOD SIT DOWN, RUINED

You’ll notice that I haven’t gone into detail about the flow of Last Labyrinth, the plot, or its longevity. The sad fact is that I’ve described the gameplay as far as I can without verging on spoiler territory for those foolhardy enough to want to play through it. The game’s creators reckon you’ll get ten hours out of it; I haven’t managed to stomach more than five, but I haven’t seen everything the game has to offer, as there are multiple paths through it. None of them, from what I’ve seen, are worth playing.

As a fan of the creators’ previous work, I don’t enjoy hating on Last Labyrinth. This, however, stands out as being one of the very worst experiences on the Quest, and a tragic misuse of VR in general. With so many design mistakes and no-nos, Last Labyrinth will become a cautionary tale to other developers working in the medium, a litany of choices to avoid making if you want to produce a decent game.

Last Labyrinth
TLDR : Summary
Inept, ugly and painful to play, Last Labyrinth is a graceless and unedifying trudge through dated and misguided gameplay conceits. If you've ever wondered what a budget VR game would have been like on the PlayStation 2, here's your answer. It's unfathomably and unforgivably expensive, too.
Concept
1
Gameplay
2
Graphics
3
Audio
3
Longevity
5
User Rating3 Votes
5.5
Pros
Er, I suppose maybe there's no VR nausea?
Cons
Horrible to play
Horrible to look at
Every single gameplay and design choice is a misfire
Laughably expensive
2
Just..No.