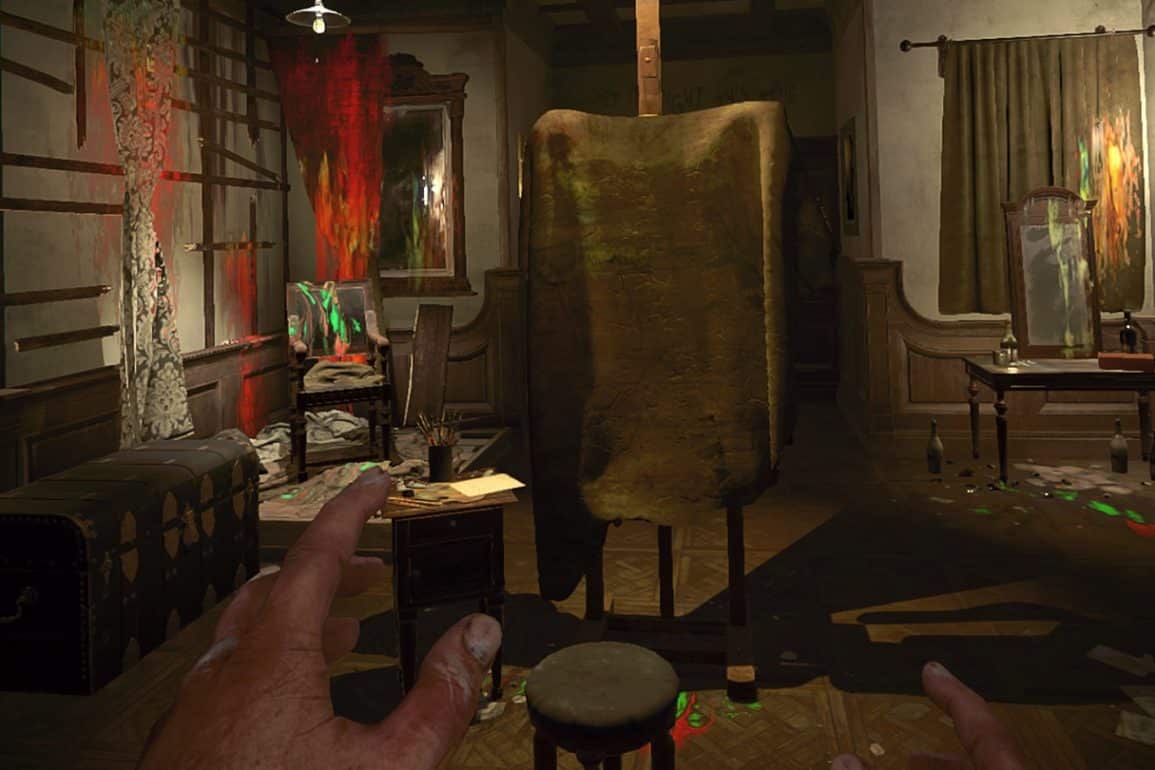 Uncomfortable, In More Ways Than One 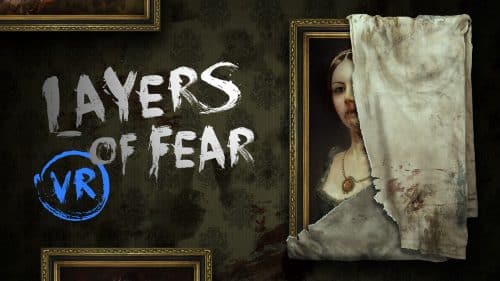 If you’re feeling stressed out by the bad news year of 2020, playing horror games like Layers of Fear VR can sometimes feel soothing. It’s not yoga or baking bread, but at least when I run past the monsters in Dreadhalls, it’s easy to maintain a safe social distance.

If you enjoy feeling afraid, Layers of Fear VR offers a few cheap thrills. Unfortunately, this version for the Oculus Quest looks terrible and is poorly suited for VR.

A port of a well-received PC horror game from 2016, Layers of Fear VR starts with a solid premise. You explore the mansion of a mentally anguished painter, and the house continually changes around you to reflect his state of mind. As you learn more about the painter’s past and family, the house intrudes more aggressively on your sanity.

Very quickly, you’ll learn that this house operates on dream logic. You’ll frequently walk through a door, turn around, and walk through it again to find yourself in a new location. The house’s ever-shifting architecture means that there is minimal grounding in reality. It often feels like one extended, unsettling hallucination, with very little calm to offset the constant craziness.

Without regular breathers and a chance to slowly rebuild tension between spooky rooms, the constant jump scares start to feel less effective. For example, it’s great when a painting creeps up behind you, or ghostly dolls begin to groan in the darkness. But when it happens every few seconds, you’ll learn to brace for those sudden movements and sounds.

Layers of Fear VR is an exhausting series of scare events, with some very light puzzle-solving sprinkled in. Most of the time, you’re just searching for a way out.

The game’s more successful atmospheric touches are due to quality sound design. You can expect whispers, creaks, and off-kilter lullabies— all the spooky sounds you’ll recognize from Halloween haunted houses.

But visually, the graphics in this Quest port are scary for all the wrong reasons. Muddy blobs of books and bottles clutter this nightmare hoarder house, and it’s frequently grainy and depressing to look at. The portraits, which should be sharply textured for dramatic effect, instead appear blurry and dim. Rather than madness-provoking peeling wallpaper, you’ll find yourself gliding by similar-looking beige and brown smears.

Apparently, this Quest port is a significant downgrade from the PC version. It’s disappointing that a game so heavily invested in the theme of art could miss the mark in that department.

It gets worse. Utilizing first-person controls that have not been optimized for VR made me frequently feel nauseous while playing Layers of Fear VR.

In several rooms and hallways, the path forward only unlocks when you turn around and around. Spinning in circles, I began to associate the spooky violin strings and haunting piano melodies with real physical discomfort. I hope the developers choose to add a “teleport” travel option to cut down on the motion sickness you may feel from this half-baked PC port.

Something is also wrong with the font used in this port. The text flickers in black and white, and moving your head just slightly makes it much more difficult to read. On top of that, interacting with doors and switches feels imprecise.

The haunted dolls and paintings occasionally made me feel spooked, but playing this poorly-designed port also made me feel sick. You’ll find better scares— and a much smoother, better game overall— in VR titles like Red Matter or Dreadhalls.