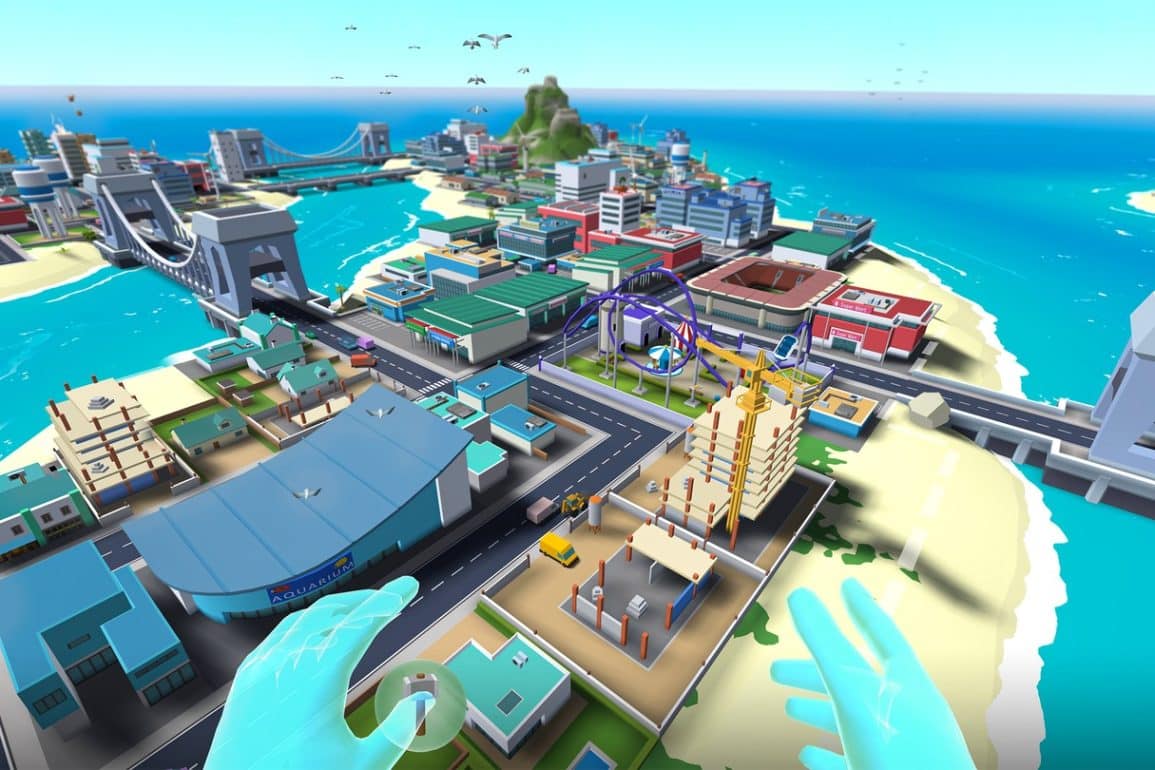 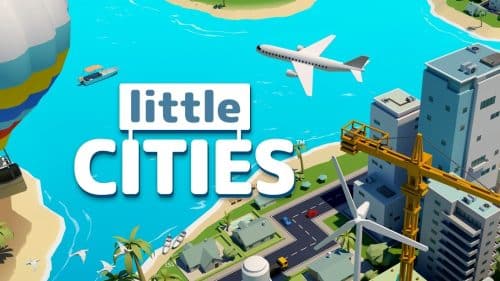 Developed by Purple Yonder, a husband and wife team in the UK, Little Cities is being touted as a cosy and accessible city building game. Whereas Cities VR (no relation) has a big brand association and featured prominently in Meta’s recent showcase presentation, Little Cities is an indie title with no pedigree and no marketing clout. Here at 6DoF, we love an underdog, as long as it’s one with teeth. Let’s see if Little Cities can bite.

LITTLE BOXES ON THE HILLSIDE

What is immediately apparent upon loading Little Cities is that it really has been designed from the ground up to be satisfying to interact with. From the menu screen onwards, everything is clean, uncluttered and extremely pleasant to be immersed in. It’s going for cosy, and it gets there immediately.

Everything about Little Cities is pleasing, from the benign music to the sharp, crisp and appealing graphical style. The tutorial is not only painless but fun, an ongoing and welcoming experience which efficiently introduces everything you need to know to play the game in a pacy way.

Little Cities is a simple joy to whizz about in. The navigation is clever and effortless; the controls rely on pointing physically at bubbles and drawing clean gridlines, and clicking for construction. Rather like the wonderful Tentacular, it’s one of those titles that make you feel like some developers really are getting to know what works in VR and are tailoring the experience to be as delightful, interactive and virtually tactile as possible.

HIP TO BE SQUARE

At heart, there’s a simple formula to building Little Cities‘ little cities. Build roads, build houses, supply the houses with power and broadband and give the inhabitants somewhere to work and shop and emergency services to call when things go wrong. Do this well and keep the population happy, and the city grows exponentially, so it gets trickier to place things in a way that keeps everyone smiling. Put an industrial zone in the middle of a pleasant housing estate, and it’s going to irk the locals, for example. And you’ll want to keep everyone smiling. So joyous is the experience of playing that it’s very jarring to see the sad un-smiley icons pop up over previously harmonious locales. The demands and satisfaction levels of the populous are simply portrayed as a little 3D pie chart and graph and require only the briefest glance to keep on top of.

The city design never gets overly ambitious; it’s all clean gridlines and tidy blocks. The downside is that you’ll never make anything mad or erratic – the massive upside is that you’ll never get lost or make something hideous. The game’s systems are transparent and instantly make sense; there’s a huge focus on making sure the game is always readable and kind to the player. It never feels like plate spinning or trying to second guess an ever-changing hidden spreadsheet, which games of this genre can often be guilty of.

TAKE YOU DOWN TO FUNKYTOWN

This game gives you plenty to smile about as you play it. Seeing cars beetling about on the roads and building slowly taking shape is just a pleasure. All of the information you need to know to assess the needs of the burgeoning city is so easy to access and concise; it’s just like checking your watch. After a couple of days away, I didn’t dread having to relearn any complex mechanics, and the interactions became and remained second nature. If there are awards for UI in VR, then Little Cities really needs to win some.

By containing its ambition a little, Little Cities manages to achieve everything it sets out to do in style, providing an engrossing and gentle city-building experience which is a delight from the minute you fire it up. The contrast between this and Cities VR could not be starker.

Everyone I’ve shown Little Cities to has been immediately drawn in by its accessibility, to the point that it’s actually been problematic. Being a busy VR reviewer, it’s a pain having to wrestle the headset back off friends and family, so addicted are they to the hypnotic and rewarding gameplay loop of city-building that Little Cities manages to forge so well.

Overall, Little Cities is just a beautiful way to lightly engage the brain, hands and imagination for a few hours. It creates a wonderfully engaging and warm environment and uses VR in an astute manner so simple that it appears effortless, which is obviously where the developers have made the most effort.

It’s a joy to recommend Little Cities to players of all ages and abilities.